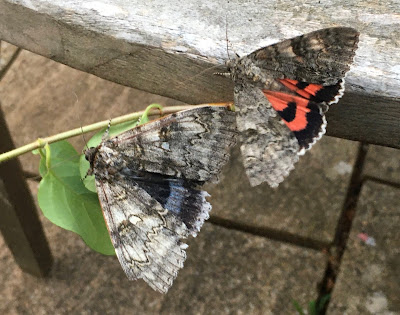 I have no hope of matching Dr Marc Botham's amazing tally of SIX Clifden Nonpareils in one night - read about it on the faultless Upper Thames Moths blog here - but the wonderful visitor is still adding fresh delights to my moth trap. For the third night running, one of them was back this morning - and it brought its much more common but equally striking cousin. 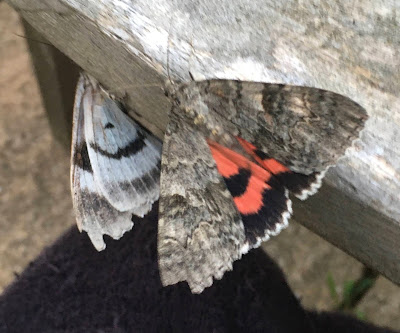 I go a long way back with Red Underwings which have a commendable habit of flying and sunning themselves during the day. My favourite picture was taken way back in 2009, before we moved from Leeds but on a weekend visit to Oxfordshire, when Penny spotted this one on a toning pub umbrella in Radcot by the Thames. 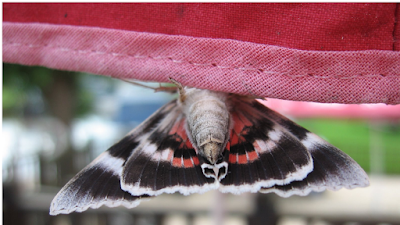 They seem to like sun umbrellas. Ten years later, I photographed this one, below, on a sunny weekend at home:

The moth's relatives the Dark Crimson and Light Crimson Underwings, are getting a little more common in the UK as Edward pointed out in Comments the other day. I have yet to see either but the differences between them and the Red Underwing are very small; mostly a matter of narrower and more wavy stripes of black across the vivid scarlet.

Here are a few more pics of the two moths; first, in the positions in which I found them on going out to look at the trap - the Red Underwing snuggled into the bulbholder and the Nonpareil on an eggbox inside; then a picture of Red Underwing showing its underside and finally the Nonpareil doing the same. What a lovely, milky blue! 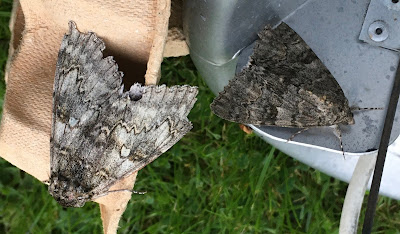 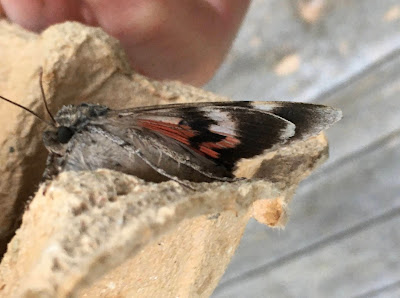 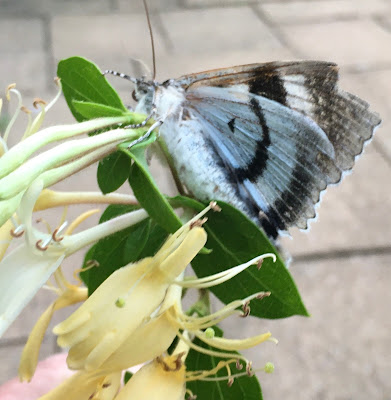 And here is one of my famous films, of the Nonpareil's farewell. With great technological cunning, I have slowed down the bit where the moth flutters unhurriedly off. At least I think I have. I hope that it works for you. 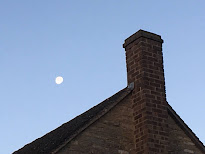 Away from these stars of the moth world, life in the trap continues to be interesting, even though last night had quite a big, shiny moon - something which is thought to reduce the pulling power of the trap's lamp. Here below are a nice, fresh Ruby Tiger and Common Marbled Carpet, the latter a very finely-patterned and subtly-coloured moth in spite of its relatively small size and humble name. 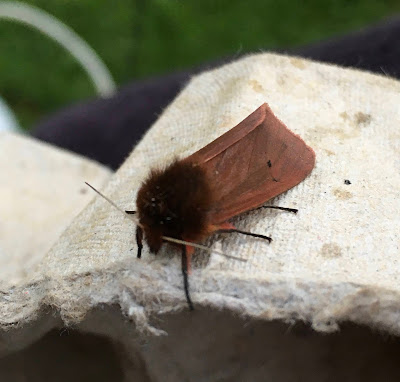 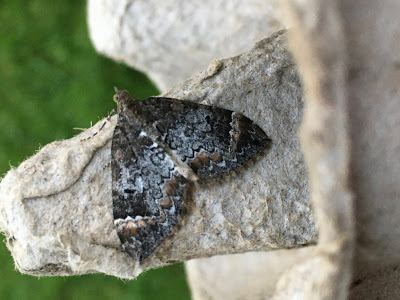 Finally, my love affair with the Light Emerald continues. This one came to our kitchen window, first inside and then returning when I shooed it out. It was very reluctant to leave so perhaps the attraction is mutual. 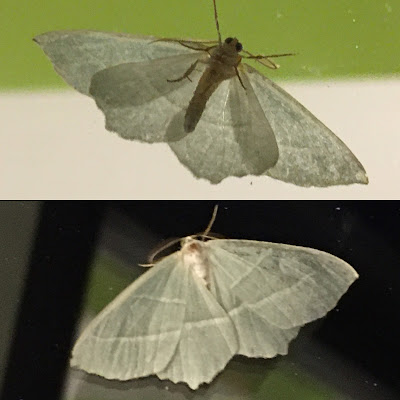 Posted by Martin Wainwright at 17:31