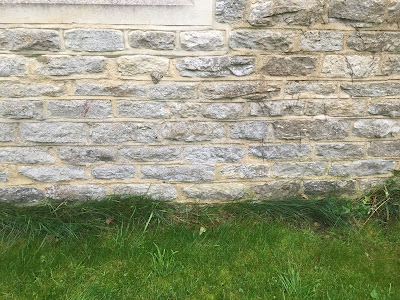 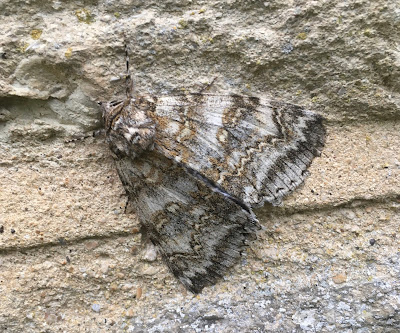 I am thinking of opening a small theme park after my ninth Clifden Nonpareil arrived last night. It was the first not to enter the trap; I spotted its distinctive triangle on the nearby house wall which I always check before inspecting the eggboxes. It was sleepy enough to allow me to get a reasonable view of its marvellous hindwings in the photo below, and I watched it take two rather groggy flights to nearby and accessible refuges before I hid it deep in a bush away from inquisitive birds. 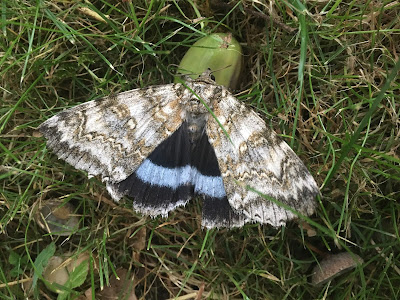 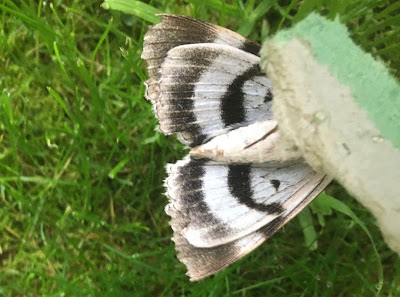 In the trap itself, there were at least two dozen Black Rustics and lots of other Autumnal regulars as well as the nice fresh pair of Angle Shades, below. I've updated my composite of the various Sallows which I used in yesterday's post to include the plain Sallow, one of which arrived last night. So that makes five, so far. 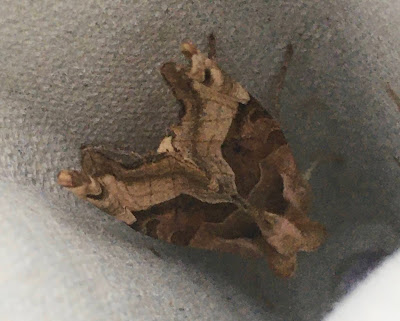 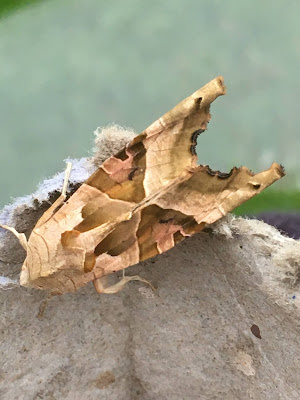 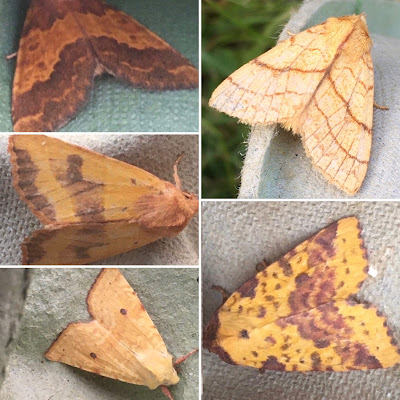 Posted by Martin Wainwright at 14:57

I'm very envious Martin as I've yet to see one of these glorious moths! you're doing really well. Amazing how they've gone from near extinction here to now spreading at an incredible pace. Other Catocala species are also doing well.

I hope one comes yourt way soon. Frankly, they are as common as muck round here. But I still get a very bic kick when one comes to call. All warmest as ever M