Can I have a moth on my finger, please? 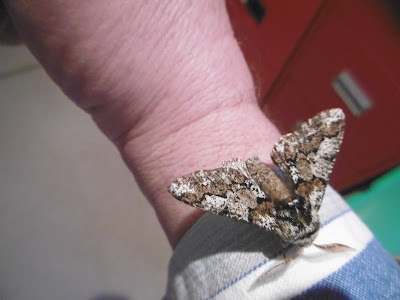 Almost a month has gone by since I last set the moth trap, but I couldn't resist the question which forms the headline to today's post. Penny and my little granddaughter came for Easter with her Mum and Dad and they were preceded by an email saying: "Emily is keen to see the moths." When they arrived, she duly popped the question. 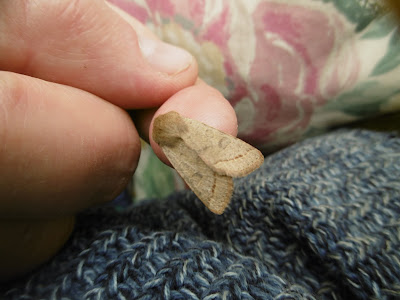 The moths obliged, most winningly in the form of the Oak Beauty, above, which agreed to be transferred from my pudgy finger to Emily's delicate one before waking up and fluttering off, initially into a spider's web. Extricating it from this was a lesson in the effectiveness of the fibre's sticky, binding nature. I am not especially keen on spiders but their spinning is a marvel of the natural world, like the silk produced by moths for cocoons. 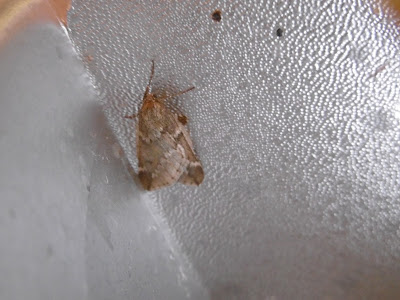 My retirement hobby of guerrilla knitting has made me extra interested in this subject, coupled with a Yorkshire background which has given me a lifelong interest in wool. I admit that I was bored almost to death and, so far as I can recall, actually to tears by a youthful, two-hour tour of the Wool Industry Research laboratories in Leeds. But I have enjoyed learning much since, including the close co-operation between Leeds University scientists on the trail of DNA in the 1930s and local hairdressers specialising in perms, a treatment which alters the DNA-related structure of hair (please forgive my amateur handling of scientific terms, but you can read more about this fascinating episode here). 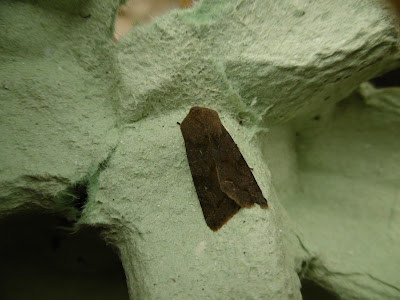 Back to the moths. The eggboxes, and in due course Emily's finger, also played host to a Common Quaker, a Crambid micro moth which I must check out later and what I think is a Dark Chestnut, shown in order in today's pics.  Update: No, it's a Clouded Drab - very many thanks for speedy advice from Ben Sale in Comments. Further update: I have now checked on my supposed Crambid and realised that it's actually a macro - the March Moth, which has come at an appropriate time of the year, unlike some other species named after months (eg the August Thorn and December Moth) which have a habit of arriving early or late. The March Moth is one of a number of UK moths whose females are flightless and spend their lives scuttling up and down tree trunks. Let's hope that evolution eventually gets them a better deal.
Posted by Martin Wainwright at 06:49 2 comments: 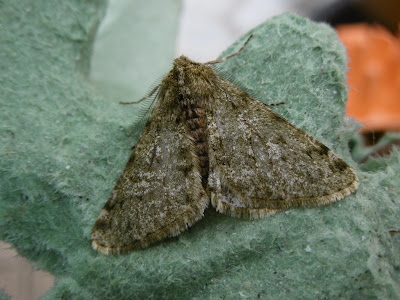 My Dad used to enjoy quoting the proverb: "March comes in like a roaring lion, and goes out like a little lamb." This year, March has come in like a rather damp lamb, but its mildness persuaded (a) me to put the trap out last night and (b) the moths to visit it.

The nicest was the male Pale Brindled Beauty, above, who would have been roaming our garden in search of the sadly flightless female of the species which scurries around on tree trunks when the weather is mild between January and March. Maybe his splendid antennae help in such searches, although scent is the great lure which female moths use to attract males.

Otherwise, the eggboxes contained a nine-strong meeting of Common Quakers, all of them oblivious to the Pale Brindled Beauty's worldly charms. Every single one was sound asleep in one of the many little crevices, nooks and cones which eggboxes provide. A slumbering assembly of Snugglepots and Cuddlepies. Remember them? If not, read more here.

Ten is a manageable number to photograph (and, I hope, examine), so here they all are: 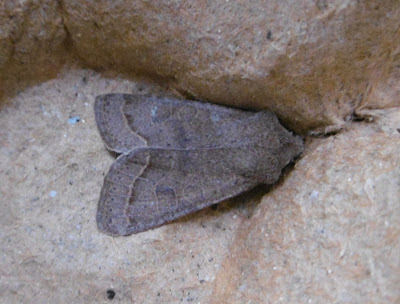 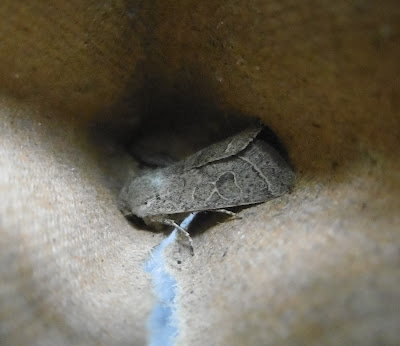 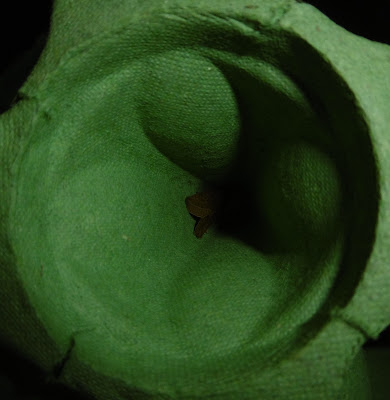 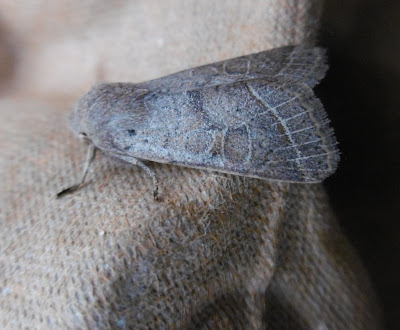 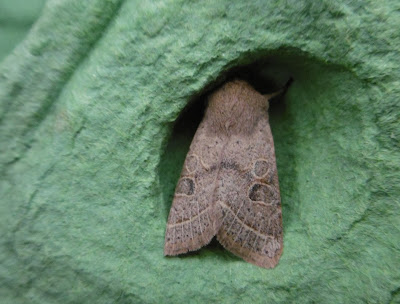 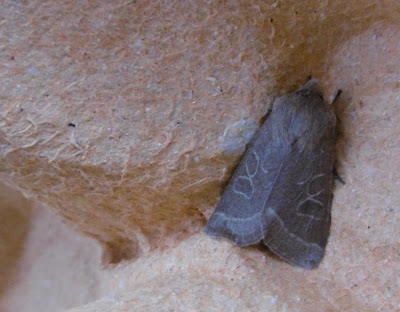 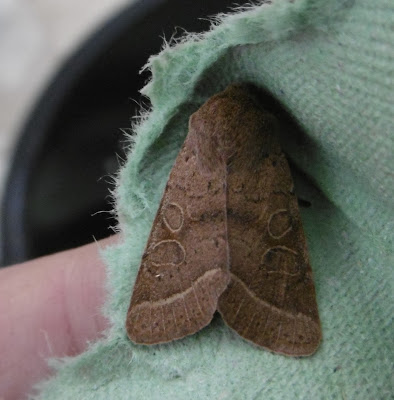 Posted by Martin Wainwright at 10:58 No comments: