No one expects the Spanish Inquisition 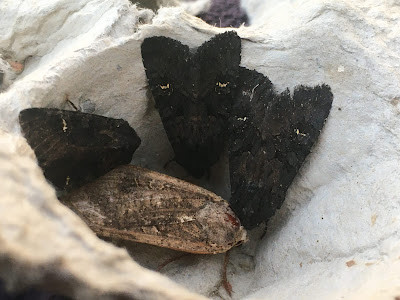 The title of this post occurred to me when I turned over a rather battered eggbox to reveal the sight in my top picture. There is something tremendously sinister about Black Rustics, those classic moths of early Autumn in the UK.  Here they are, apparently interrogating a poor old Large Yellow Underwing. 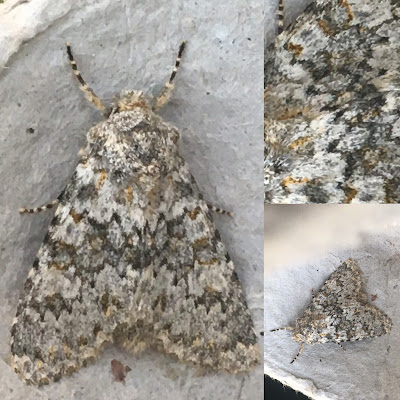 No particular excitements in the trap this morning but there was another fresh Large Ranunculus, shown above with a zoom in on its gently varied wing pattern. It was also nice to have four of Autumn's bright orange and yellow Sallows all in one go - from top left clockwise: Centre-barred, Pink-barred (new for this year), Orange and Barred. 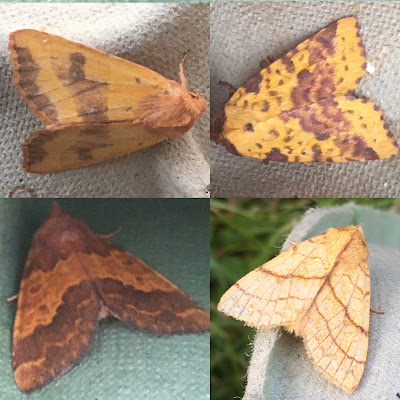 Burnished Brasses are very populous on current guest lists but it was slightly unusual to have a trio of the form aurea where the two metallic strips are wholly separated by the brown one. In the commoner (for me at least) form juncta, they are joined by a crossbar, forming an H. 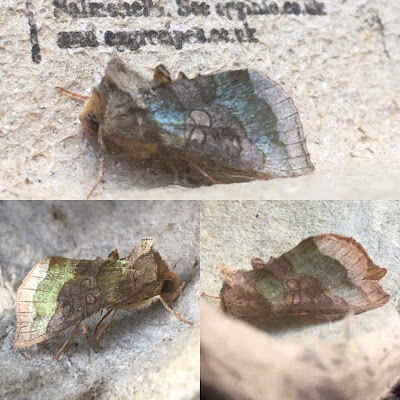 Finally in the moth department, I am pretty sure that this is a Lesser Yellow Underwing, below.  Update: but now, it's more interesting than that - a Brown-spot Pinion which is new to me for this year.  Many thanks to Edward in Comments. And then below that, evidence of why they are so many Daddy Long-legs, or Crane Flies, in the eggboxes at the moment. I posted a similar picture about six weeks ago.  One of them got stuck in an eggbox cone and was waving this solitary leg in distress. I successfully tapped it out. 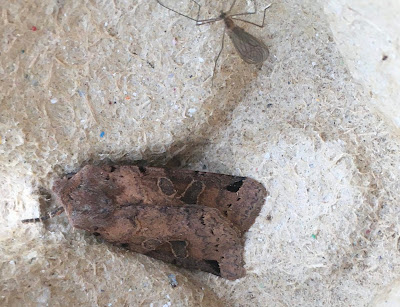 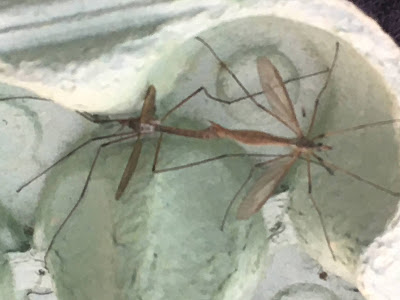 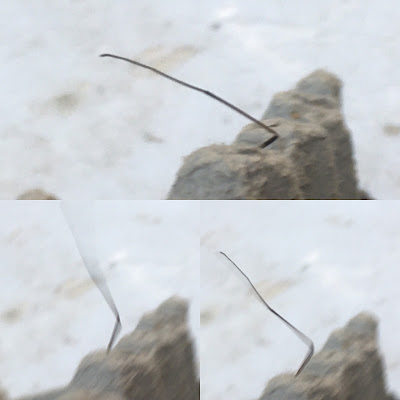 Out and about, I meanwhile came across these lovely spiders' webs and a dull but lively dragonfly. Update - a common Darter - many thanks, as always, to Conehead in Comments. The Indian Summer is very welcome amid the renewed virus concern. 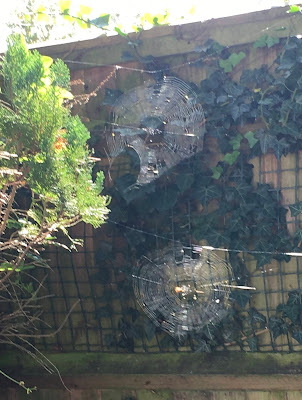 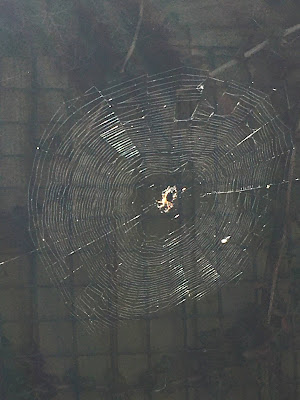 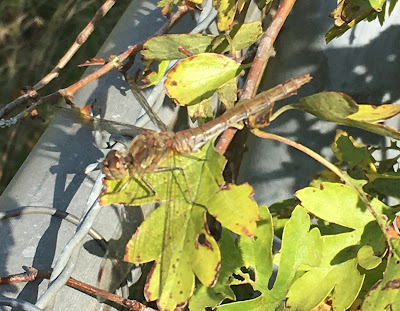 Posted by Martin Wainwright at 12:59

The Lesser Yellow Underwing is actually a Brown Spot Pinion, a great deal less common here, but I am not sure about Oxon. I have seen the larvae here on Meadowsweet, but not do I know the status of the plant in Oxon.

Nice selection of different sallows, Martin- a real sign autumn is here! Your dragonfly is a Common Darter.

Many thanks both and I've updated accordingly. The Brown-spot Pinion is new for the yer, so I'm very grateful for that. And yes, I love the Sallows and the way that they brighten up the Autumn catch. As does the Clifden Nonpareil! All warm wishes, Martin