New guests for the year 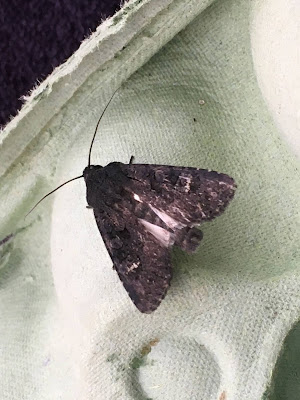 The Summer-Autumn changeover in moths is in full swing, with four species new for the year but entirely expected as we reach mid-September. The first is the Black Rustic above, aka to me as the Darth Vader moth although its pristine white petticoats, just visible in the photo above, perhaps hint at  a more feminine side. 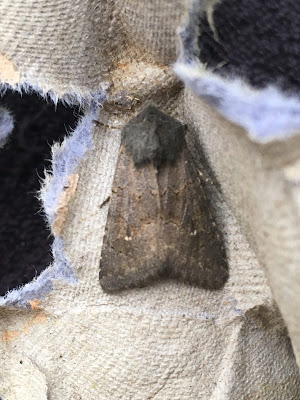 Then we have the Deep Brown Dart, a sturdy but unexciting moth, the Lunar Underwing of which there will be dozens to come in three separate colourways, and the Setaceous Hebrew Character, whose first name means 'bristly' which must refer to some discreet part of its otherwise rather soft-looking body. 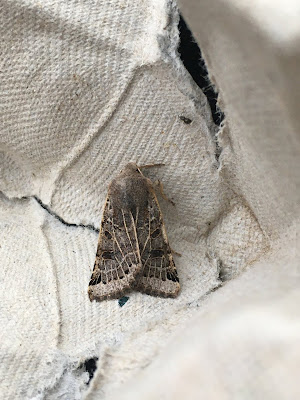 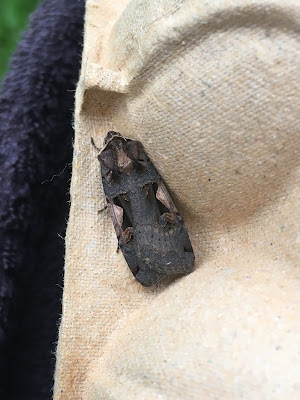 Beyond the world of moths, Penny and I found this strategically-placed fly on the explanatory noticeboard at Godstow Priory, a picturesque ruin beside the Thames on the northern edge of Oxford, and a cheerful little grasshopper on our shed. 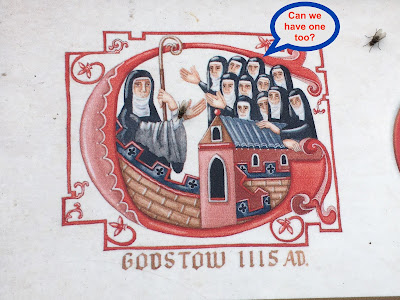 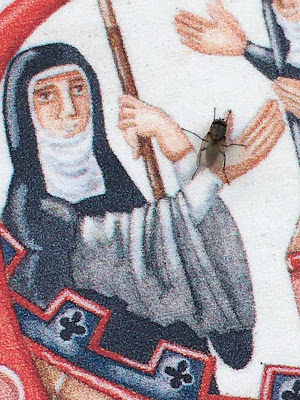 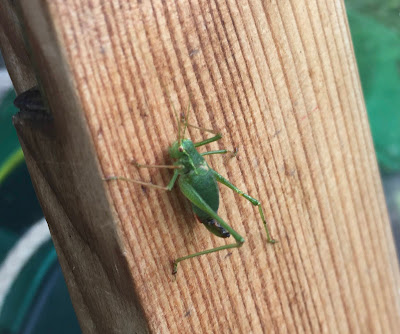 Oh and a nice little follow-up to yesterday's Hummingbird Hawk moth: I put the pictures on the village Facebook page and a local Mum said how pleased she was that they had been visited by one too, very shortly before her daughter headed off to university. In looking up the moth, they discovered its happy role in folklore which most unusually is also mentioned in the generally rather staid Moth Bible. The HH is one of very few entries to have an actual folklore section in the book, owing to the fact that its arrival is seen as a sign of good fortune in Mediterranean countries, a swarm crossed the Channel on D-Day (albeit in the opposite direction to the invasion fleet) and another called in on the garden of one of the authors on the day their daughter was born.  I hope that these omens work for our neighbour's daughter, in these challenging times.
Posted by Martin Wainwright at 08:15