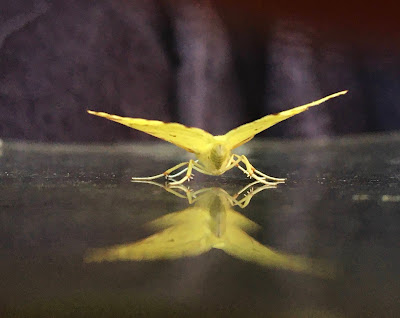 The sun is up now and the mist burned off but it really was a Keatsian Autumn morning today. We get lovely Scots mist with being near a river and a canal. I remember Oxford from student days as a misty city, especially in the Michaelmas term. 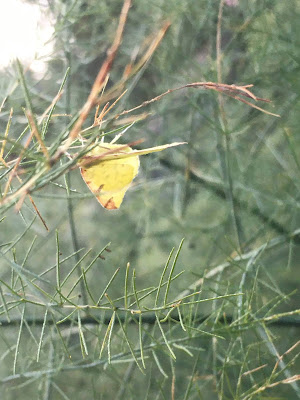 My photographs and news are appropriately on the arty (possibly) side as the moths were standard fare albeit very beautiful as always. My weakness for Brimstones continues as you can see. I keep trying to find new ways of getting their delicate loveliness across. 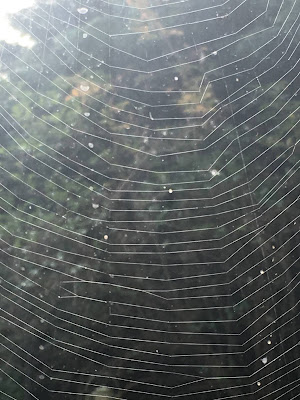 Penny spotted the spider's web and I had an enjoyable time trying to get it into some sort of focus. I sometimes wonder about getting an actual camera but I doubt I will. The iPhone has its limitations and can produce some odd and unrealistic colours. But essentially, it's amazing.  Specially compared with my childhood Brownie 127, much as I loved that.  Now for some more moths; first, a couple of tortrix micro regulars,  a Light Brown Apple moth, Epiphyas postvittana, and a male Large Fruit-tree Tortrix, Archips podana, with a second picture of it for scale. 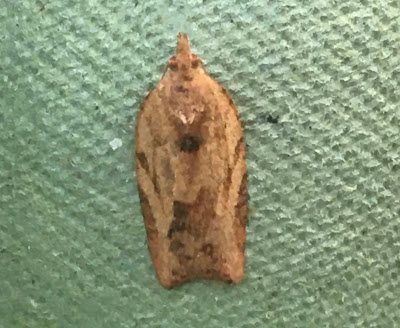 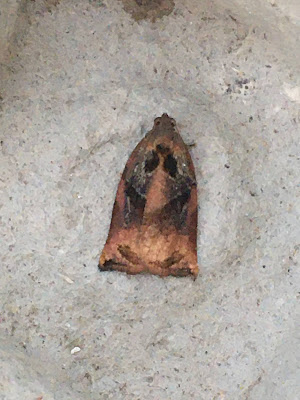 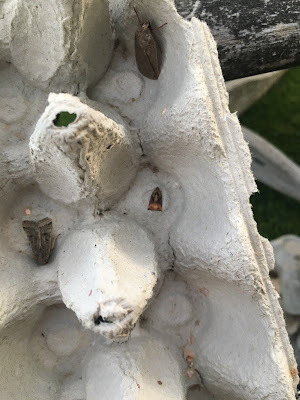 Next we have a fresh and fine-looking Rosy Rustic, followed by a Broad-bordered Yellow Underwing pretending with its damage-forked wing tails to be an Angle Shades. 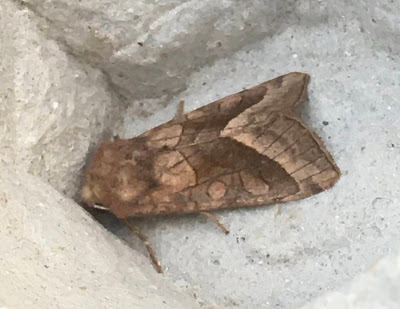 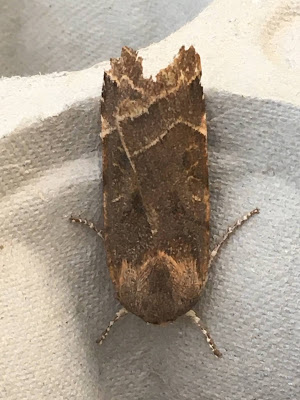 Then a common enough moth but one which I haven't seen in the trap for quite a while, a Shuttle-shape Dart, possibly a third generation specimen after this generally warm year. After that, the third, brownish form of the Lunar Underwing, then a Black Rustic which was actually almost invisible against the interior wall of the trap's black plastic bowl (the iPhone playing light tricks again), and then to add a brighter range of colours, an Orange Sallow and an August or September Thorn protected in its perch on my pea netting. Update: actually a Dusky Thorn - thanks as ever to Edward in Comments. 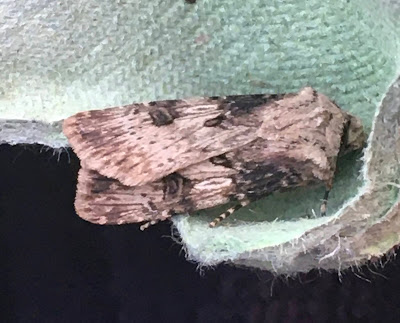 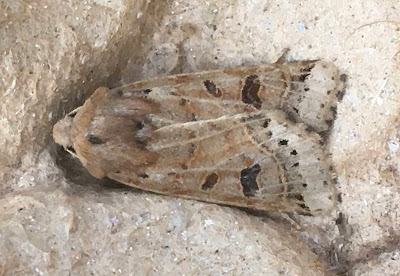 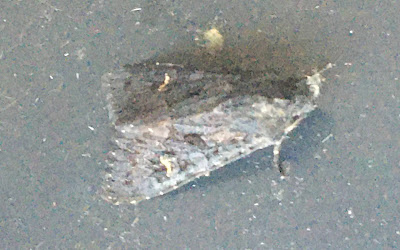 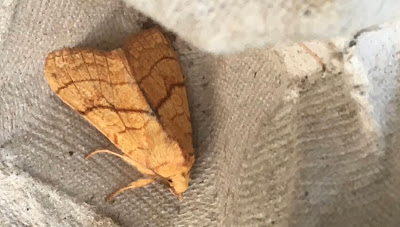 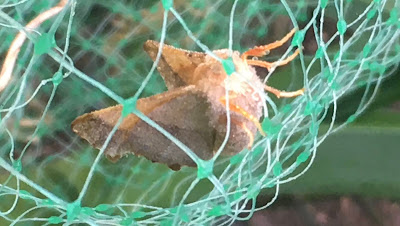 Finally, here's another everyday but beautifully coloured and patterned regular on the transparent cowl of the trap, a Common Marbled Carpet. 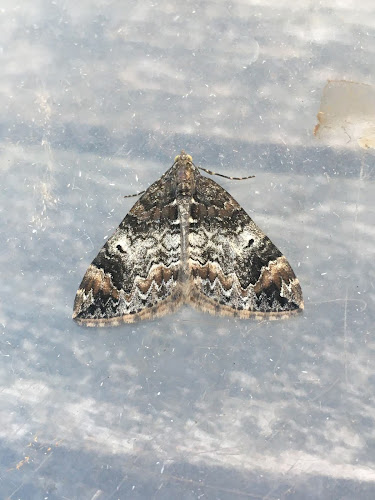 Posted by Martin Wainwright at 14:52

I think Dusky Thorn on the Thorn.

Thanks again Edward. Two more Clifden Nonpareils this morning. Gopodness knows how many are out there! All warm wishes, Martin