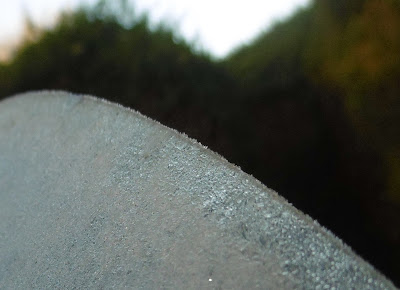 Hello again! I've been elsewhere for the best part of a month; not physically but in the sense of having my attention taken up by non-mothy things. This is not surprising because there are very few moths about. It's too cold.

I finally stirred myself to put out the trap last night because there was a crime drama on TV called The Moth Catcher which reminded me of moths, the blog, the universe and everything. I also went to the dentist today and misread the title of a magazine they have on their pile there. It's called 'Mouth' and you can no doubt guess my mistake. 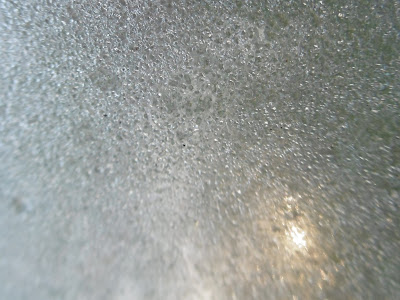 The result of my brief return to trapping? Nix, which was not in the least surprising as it was very cold last night, Behold the iced-up collar of the trap in the top too pictures above. But the effort involved reminded me that on January 19 I did see a moth - although Penny spotted it first as is normal when moths venture into our house.

Particularly so, sexists may with some justification comment, as this one had sought out the corner of the loo where the loobrush lives, infamously not a part of the house where most men tread. I can claim honestly that I do (now; not for many previous years of my life, admittedly). But anyway Penny saw the moth first. 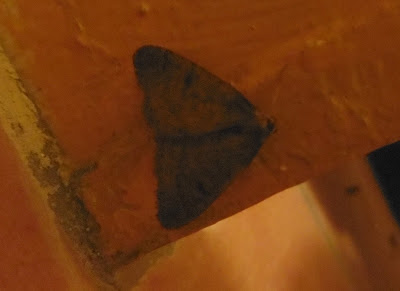 It's a Dotted Border, one of the few on the wing in the UK at this dark, dull and drab time of the year.  We've recently painted the loo in vivid Mexican-inspired colours which show nice and hotly in the pic above, hence my headline.  Digital camera position can completely reverse this, curiously, as in the picture below.

Meanwhile I'm glad to say that the main moth catcher in the TV play was innocent and basically nice, though the character who helped him was neither. 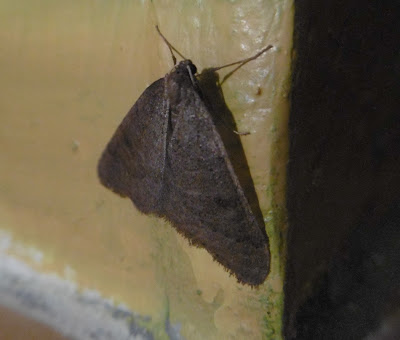 Posted by Martin Wainwright at 18:26 No comments: