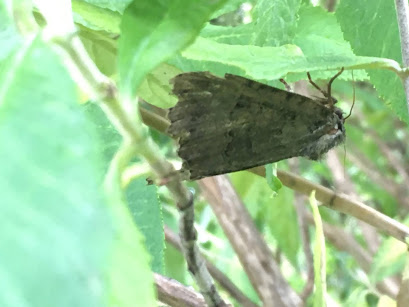 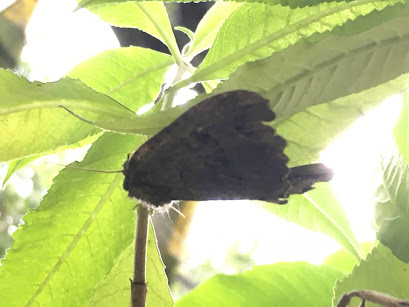 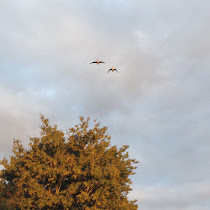 The trap was very meagre this morning after a cold night and I thought that I was going to have to entertain you with the picture, left, of two honking Canada Geese which flew overhead while I was examining the eggboxes. The best I could offer in the moth world was the pill-shaped Dingy Footman, below, a species whose caterpillars have the curious habit of eating withered leaves. Maybe this is why the moth's population in the UK has prospered since the 1960s. 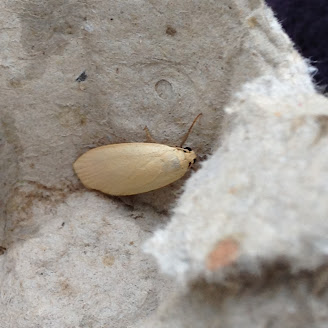 There was also one of my ID enemies, a browny-grey moth with assorted kidney marks and dots which I hereby proclaim to be a Lesser Yellow Underwing. It is another long-standing success story, no doubt partly because its favoured habitat is described in the Moth Bible as 'ubiquitous'. 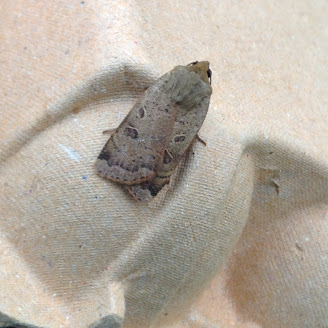 However, this afternoon at about 4pm I was rough-mowing some long grass near to where the moth trap had been sitting, when a large moth struggled free of the stalks and flew off ast a dignified pace to a nearby buddleia. I managed to track it and stole up with my camera to get the pictures at the top of this post.  What is it?  A long-standing favourite of mine, the Old Lady. Here it is closer-to after a short spell of captivity in my Bug Box which I handily rediscovered in our shed. 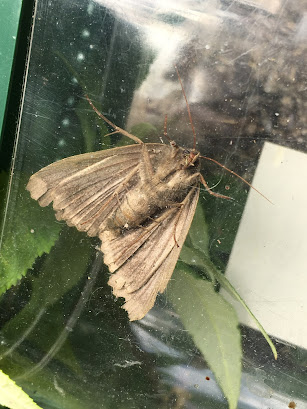 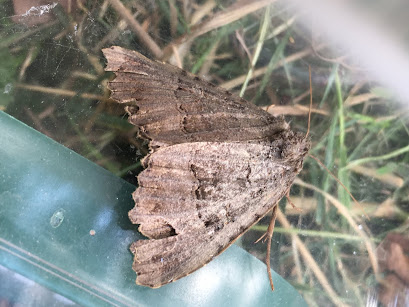 I apologise to old ladies everywhere because the poor old moth is terribly dowdy. But it is big, on a par with the various Red Underwings, and it does all sorts of interesting things. Last summer for example, more than 200 went into aestivation under a local canal bridge - a sort of summer lockdown of the vital systems when the weather gets too hot; the seasonal opposite of the better-known hibernation. Read more here. In Leeds, I once found one on out car's bonnet. And when I was a small boy, I rum-and-treacled with a cousin at our uncle's vicarage and we rushed in shouting "We've caught an Old Lady!"  Being a vicar, our uncle often had old ladies to stay and two were in residence at the time. We caused brief consternation. Just before the Old Lady mowing excitement, I also put up a roosting Speckled Wood butterfly, a species I've not photographed this year although they are everywhere around here where there is dappled shade. Their patterning suits this superbly. A delightful, delicate sight.
I have more moths to come but will leave things there for today. The trap will also be out again tonight.
Posted by Martin Wainwright at 17:51