The Feathered Gothic is an excellently distinctive moth with its delicate tracery resembling an arch or window frame in church. A couple of them came to see me the night before last, undeterred by the cold weather which continues to keep the trap's population very scant. 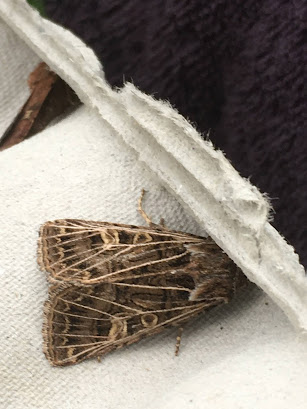 Their arrival also speaks to me of Autumn coming as does the orange and pink of the Middle-barred Sallow below. This is one of a brightly-coloured family which starts to make its appearance in late August and cheers up the generally brown and grey colourway of the majority of the current season's moths. 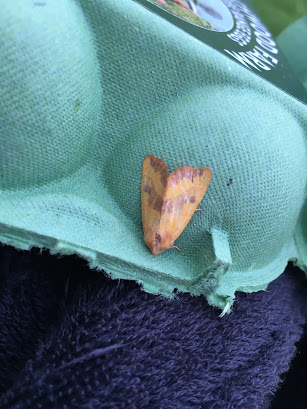 Silver Ys continue to arrive in great numbers and, again, their gleaming metallic marking forms a welcome contrast to drabber neighbours. These are probably offspring of immigrants which made landfall earlier this year, although the species is now known to be able to spend all the year round in the UK, surviving all but very cold winters. 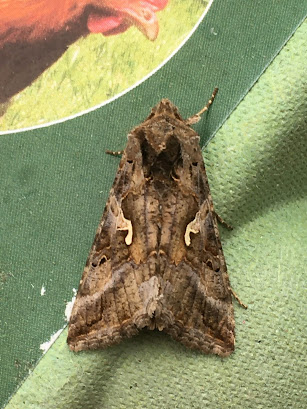 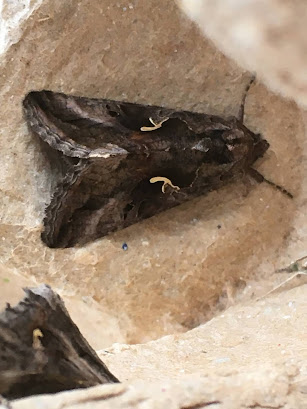 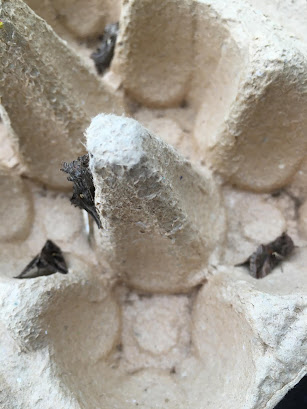 The Burnished Brass has the same uplifting effect and so does the Large Yellow Underwing - interesting how exactly the example below has been damaged, as though a predator has raked it with a claw. Update: sorry - it's Broad-bordered, not Large. Thanks as always to Edward in Comments. 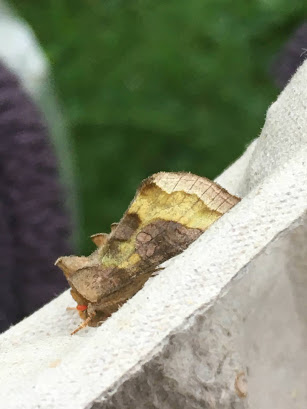 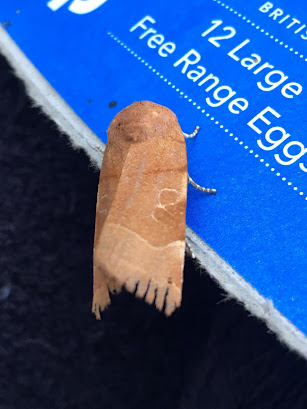 And then we have, well, I think that the first two are Square-spot Rustics, but the third... Is it another SSR or something a little different? I think the latter and plump for the well-named Uncertain Moth. But I am indeed, uncertain. Update: And rightly so. In his second comment, Edward kindly confirms that this is a third SSR. At least that was my runner-up... 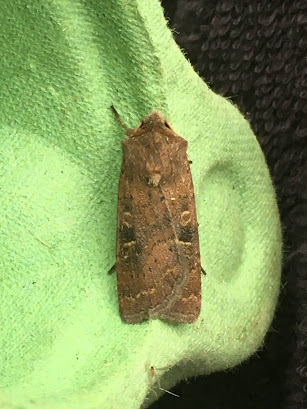 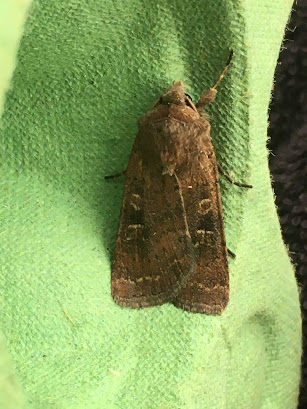 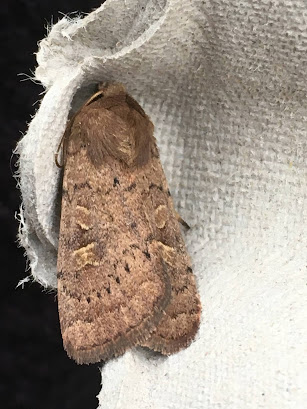 Posted by Martin Wainwright at 14:59

That isn't Large Yellow Underwing, but its relative the Broad Bordered Yellow Underwing. And that is, but the Square Spot Fustic, for the 3rd image you are uncertain on.

Thanks very much Edward - duly updated. Much appreciated.