One and a bit 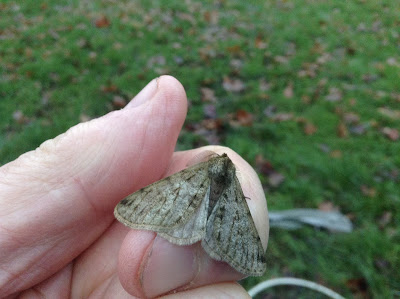 This is the dead season for moths - in one case this morning, literally. Because it was mild last night and we had Burns Night visitors - delicious haggis, yum, see below - I put the trap out at a venture. This morning, it produced one live caller and one, well, bit. 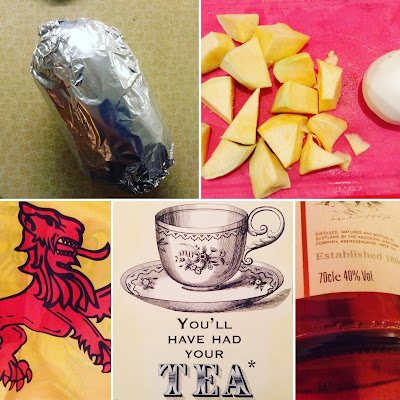 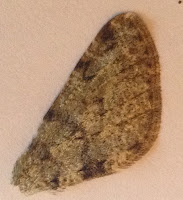 The bit was the severed forewing, left, of a Pale Brindled Beauty The living visitor, top picture, was a PBB in good shape. He's a male, with the TV aerial antennae which are always a pleasure to see. Antennae, as I have remarked before, are the one attribute of moths which I envy.  Human beings would look even nicer if adorned with the incredible range of these organs found among moths. Perhaps one day the little bumps on our foreheads will sprout. Or maybe our eyebrows.

Don't expect many posts for the time being but I will put out the trap from time to time. The occasional micro is fluttering into the house, too, like the very badly photographed one on the right. In my defence, it was high up in a corner with dreadful light and I was using my iPad Mini. My best guess is Agonopterix heracliana or its relative A. arenella also known rather more delightfully as the Common and Brindled Flat-body.

Meanwhile, tomorrow the weather is going to turn cold again.
Posted by Martin Wainwright at 10:00 No comments: 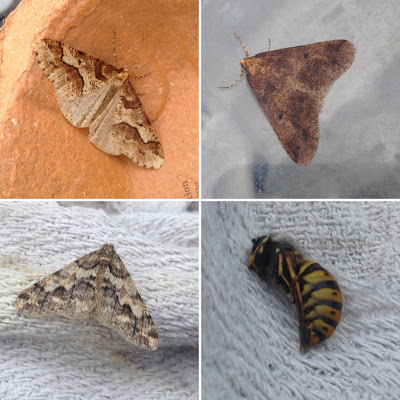 This is really my last post of 2018, rather belated because of the usual list of things to do over the New Year holiday. In the olden days, I would have made a resolution to try to be more prompt, but experience has taught me to accept my inevitable delays. So here we are at last.

I had thought that the Mottled Umber which I mentioned on Christmas Eve would be my final moth of the year. But when we got home from Yorkshire on December 27th, the weather was still very mild and I put out the trap. The grandchildren who were staying were rewarded with not only a couple of strikingly different Mottled Umbers but also a Spring Usher - bottom left in the picture above - the most optimistically-named moth in the UK.

Both these species are in the sad (to my mind) category of moths whose females are flightless and spend their short lives on tree trunks waiting for a male to come and do the business. I didn't pass this information on to my granddaughter who is growing into a tough-minded, inquisitive and very independent soul. Nor did I introduce her and her little brother to the fourth inhabitant of the trap, a zonked-out but quite plump wasp. 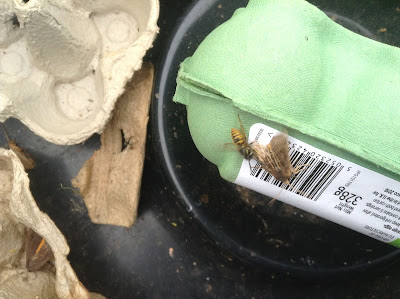 Talking of wasps, I was just sorting through pictures I'd overlooked for the blog last year and found these two of a Nature red in tooth and claw episode which I watched, fascinated, in October. The wasp, unusually in my experience, was not made docile by being in the trap but viciously pursued several moths, finally latching on to this Lunar Underwing and clearly intent on doing serious harm.  I was about to intervene when the moth somehow jinked away and escaped. But you can see the damage done to the scales on its right-hand wing in the picture below. 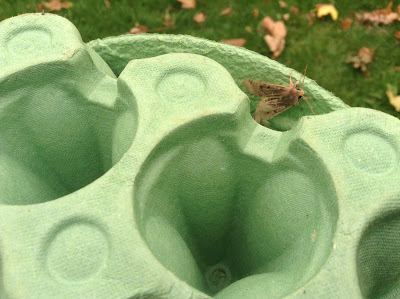 A moth's life is never easy. People often ask me how long they live and the answer, with some exceptions, is counted in days or weeks. Birds take a quite fantastic number of them and so do spiders. RIP one the latter's victims, below. 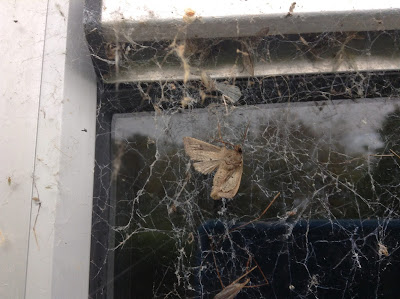 Posted by Martin Wainwright at 09:04 No comments: