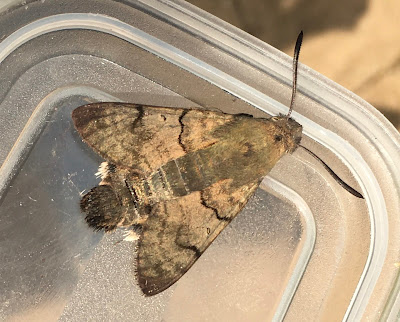 Penny and I were having tea in the greenhouse yesterday when a purposeful buzzing distracted us. It was followed soon afterwards by a large green and brown dragonfly zooming past our noses before darting up to the roof and trying vainly to escape.  No sooner was a complicated rescue with shoo-ing and shepherding accomplished than another, more agitated buzzing started up. 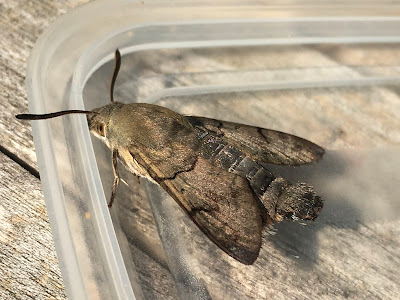 "It's a hornet," I said, when we caught sight of the large and frustrated insect involved, making an assumption after recent visitors to the trap. Then it took off again and I realised with great delight that it was the last to arrive this year of my Regular Eight - hawkmoths that is. 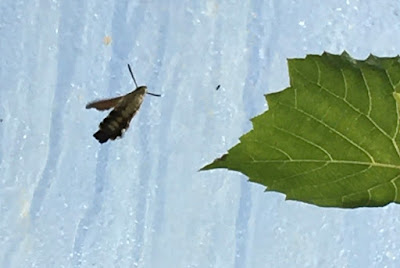 The Hummingbird Hawk is not an unfamiliar sight at this time of the year and a moth which everyone has a chance of spotting because it flies by day and looks exactly like a small hummingbird, hovering over nectar-rich garden flowers as it sips with its extremely long proboscis. I first saw one as a schoolboy on holiday near Tenby and thought that it was almost impossibly exotic. I've grown used to them over the years but still get a thrill when the moment comes. 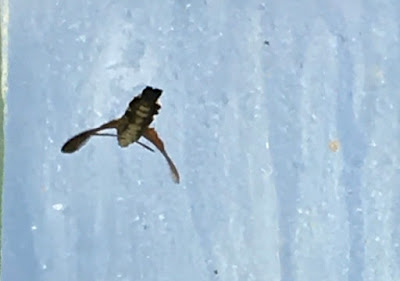 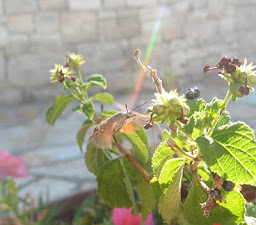 Yesterday was particularly good because I had to capture the moth in the end to ensure that it made a safe escape from what would have become a trap. When you see them outdoors, they never seem to rest. I have followed one round a garden on the Greek island of Paxos for ages, waiting in vain for it to stop flying so that I could get an unblurred photograph (though I was quite pleased with the one on the left). But the only time I've managed that was when Penny and I found a dead specimen - and that was in our greenhouse. 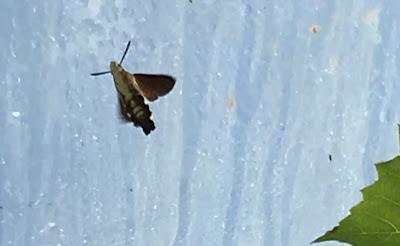 I didn't want this one to go the same way. And, as I followed it around the glass panes, I noticed that it was resting every now and then, presumably out of exhaustion from its vain attempts to get out. It was no surprise, therefore, when I finally persuaded it into a Tupperware box, that it settled quietly for the pictures above before finally whizzing off into freedom and the sunshine. 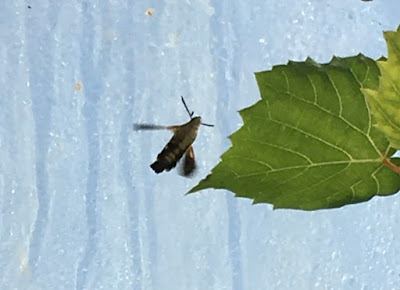 So my 2020 tally of hawks is complete: Poplar - much the most common, Large Elephant in second place, Eyed, Privet, Small Elephant, Pine, Lime and now the Hummingbird. How lucky we are in where we live. And there could be others to come. A friend's daughter found a Convolvulus Hawk two villages away, we famously went to see Death's Heads even nearer-by and this Summer Dave Wilton of the Upper Thames Moths blog was honoured by a visit from a Silver-striped. No one could be more deserving (apart perhaps for me).

Here in conclusion is the dragonfly which started the whole excitement, I female Southern Hawker, I think. 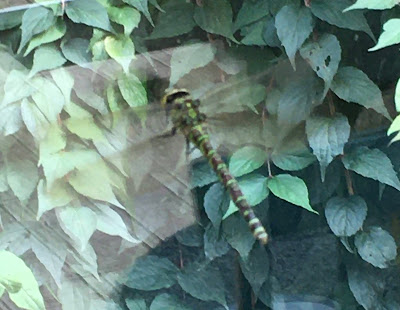 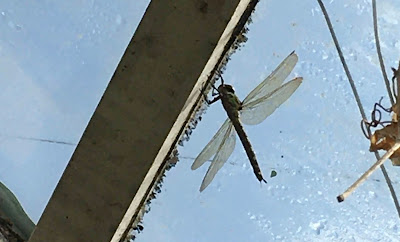 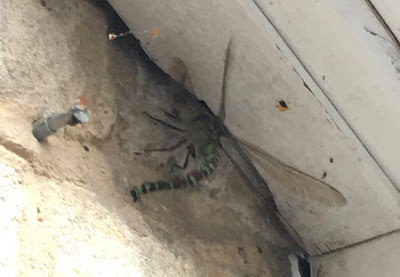 Posted by Martin Wainwright at 07:27