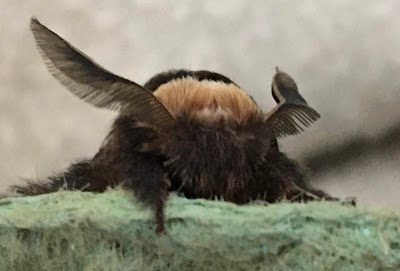 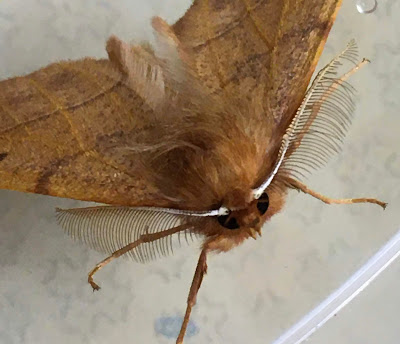 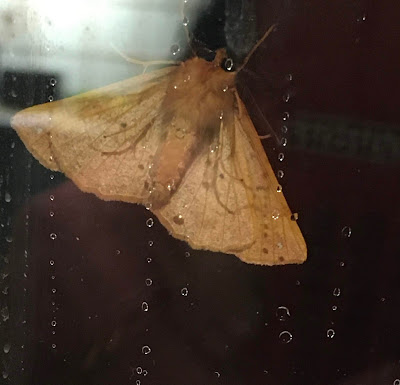 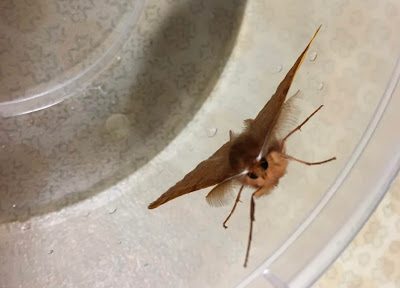 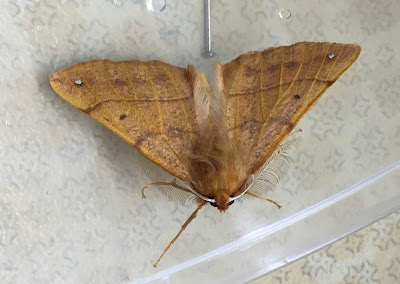 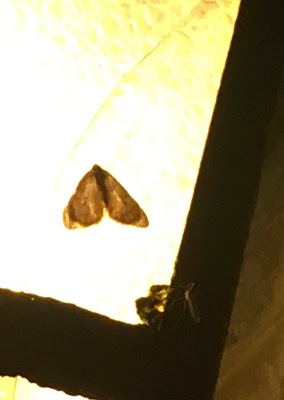 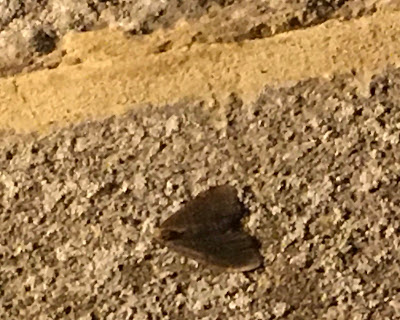 Posted by Martin Wainwright at 16:28 No comments: 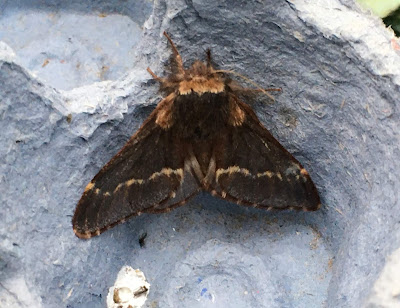 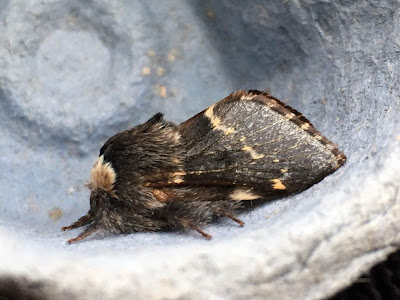 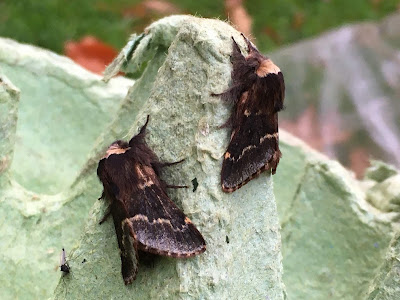 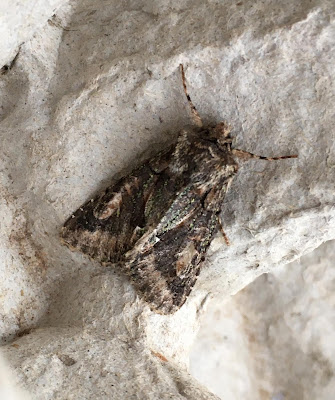 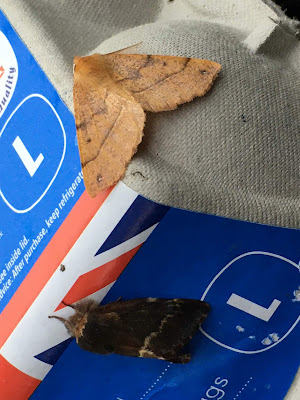 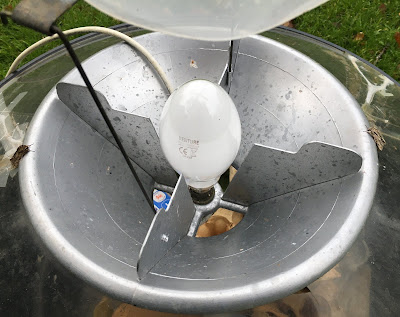 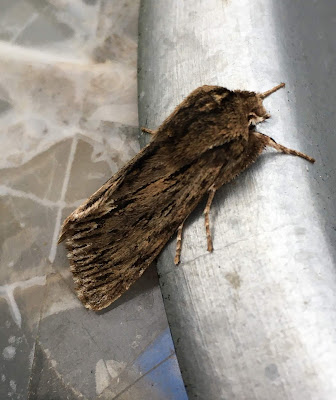 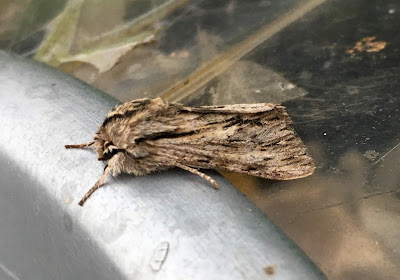 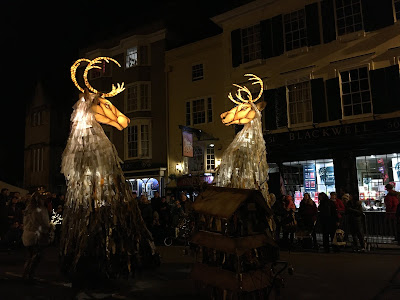 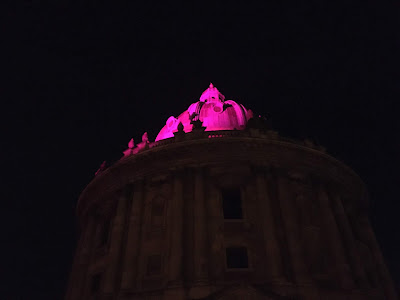 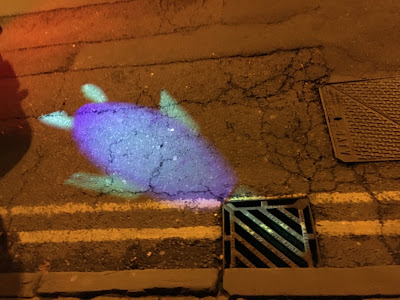 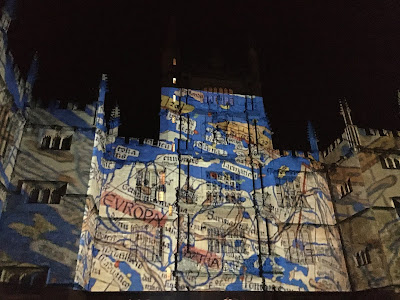 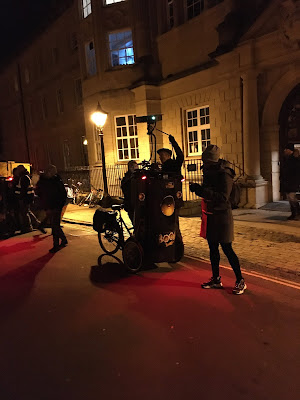 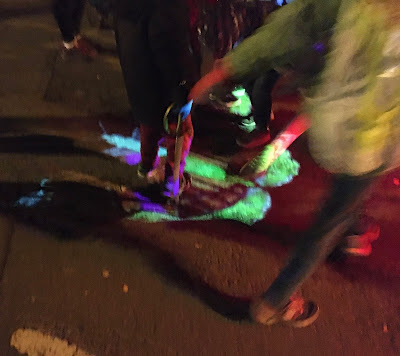 Posted by Martin Wainwright at 09:55 3 comments: 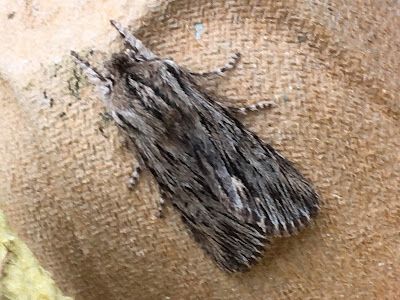 Nothing is certain in this life and that includes the world of UK moths - consider, for example, trhe wonderful return of the Clifden Nonpareil, even unto Thrupp this year. But I'm pretty safe to say that only one species, out of my annual regulars, remains to pay a visit before Christmas: the December moth. 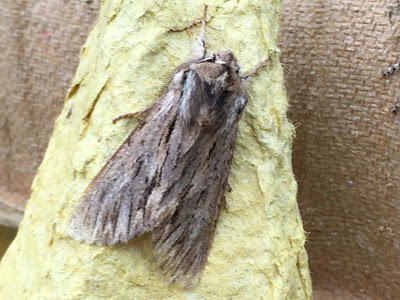 In spite of their name, they are already about, just as the November moth regularly appears in October. Until last night, there was a second guest expected, the tweed-coated Sprawler. This morning there were two of these in the eggboxes. Pics above. The first is in tip-top condition, the second has clearly had a bad time in the recent wet weather. There is an olivey-brown form of the species called Fusca which was first found as recently as 1953, but although it has spread in Oxfordshire according to the Moth Bible, it has yet to call here.

They weren't sprawling; the name comes from an apparent habit of the caterpillar, but they rather resemble elderly folk in heavy overcoats who might well sprawl once back at home with their slippers in front of the fire. Why they fly at this time of the year, goodness knows, but their size and furriness are appropriate wear. As the Scandinavians famously say: "There is no such thing as bad weather; just inadequate clothing". 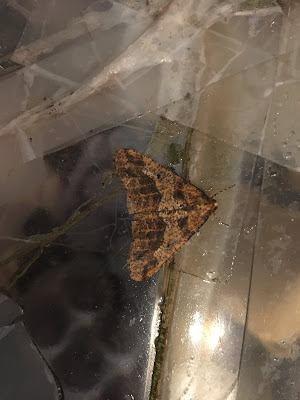 Last night's other visitors amounted to only two moths, a Black Rustic and a Beaded Chestnut, and three Caddis flies. So I will be lighting the lamp less frequently from now on. The weather is a deterrent too. I brought it in early two nights ago and founded only the Mottled Umber, above, clinging to the moist, transparent lid.

Other moths from the last week are below:

Posted by Martin Wainwright at 12:45 3 comments: