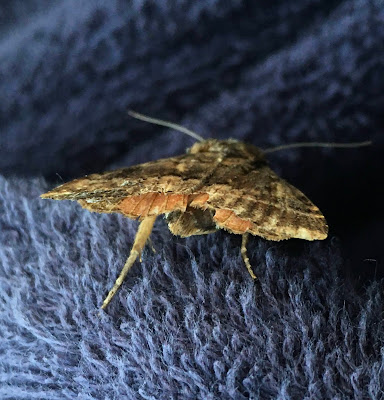 After the dramas of the last three days, this photo may seem rather ordinary but I am pleased with it. It offers a glimpse of the reason that the Copper Underwing is so-named. The moth might also be called The Shyest Moth in the UK.
Along with the Mouse Moth but to an even greater extent, Copper Underwings greatly dislike being on view and indeed daylight in general. Turn over an eggbox with one hiding underneath and it will scuttle round on to the new underside. They are also extremely unwilling to show their copper underwings. The only chance in my experience is to find an injured or dead one, whose wings may be disarranged, or film one taking off.
To add to frustration, there are two copper underwings, the standard form and Svensson's, and the main way to tell them apart is through examining the hindwing, the very operation which they try to avoid. I once posted on this subject unusually eruditely and, if so minded, you can read that here.
On the subject of mothy confusion, all three of the next moths are different forms of the Common Marbled Carpet. Note, interestingly, how the dew on the transparent cowl in the third picture has also dotted with moisture the wings of DMC perched on it. 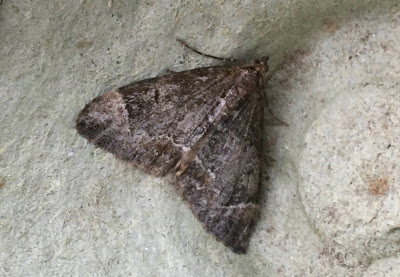 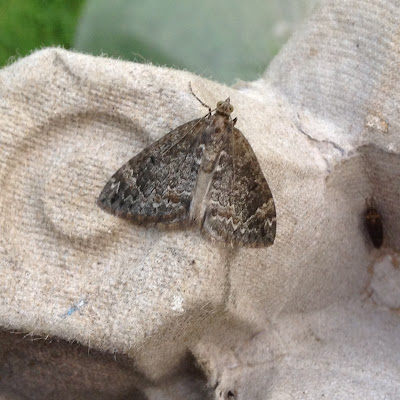 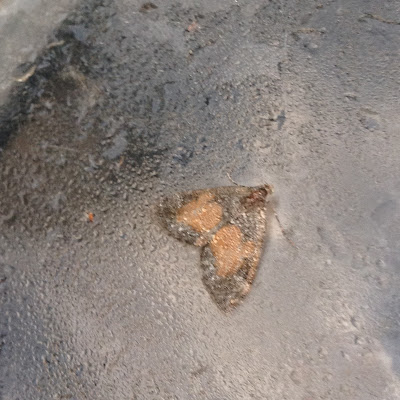 Some odds and ends next - a Square Spot Rustic, a Feathered Gothic, a rather badly camouflaged Willow Beauty, the unmistakable tailfins of an Angle Shades and a Thorn doing gym on the bulbholder. It's either an August or September Thorn and although we are in September, I plump for an August one. 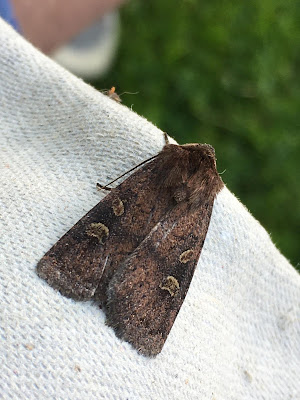 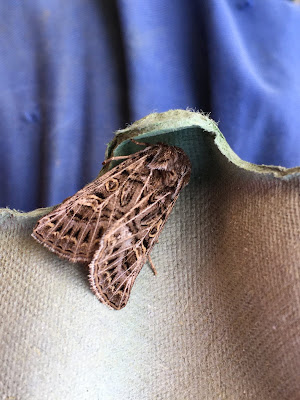 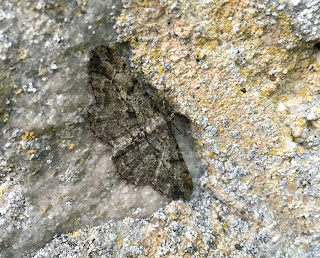 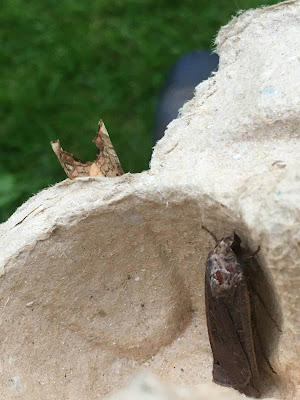 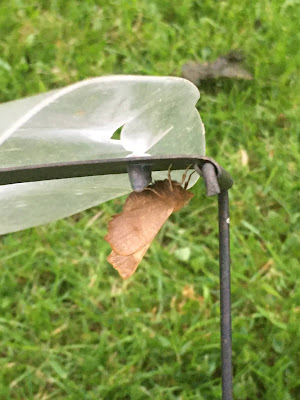 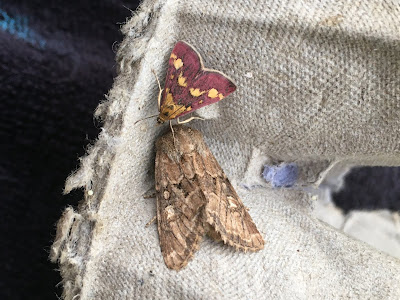 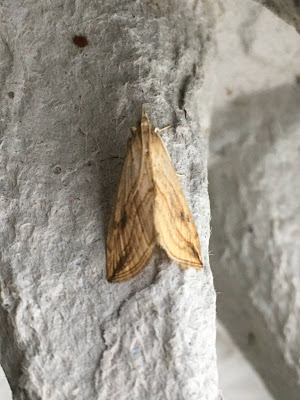 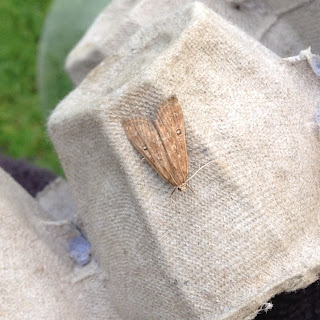 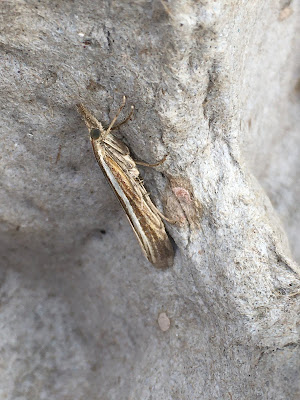 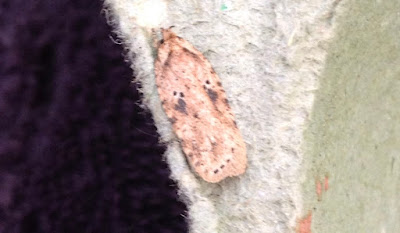 In yesterday's sunshine I also spotted a Red Admiral and a Comma, both fresh-looking. So a second generation of butterflies seems to be upon us. Hooray!
Posted by Martin Wainwright at 15:32