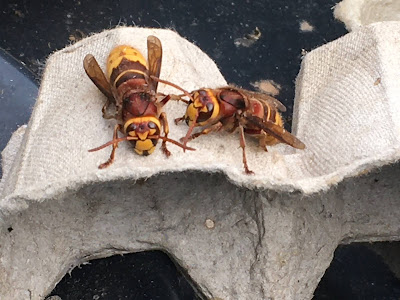 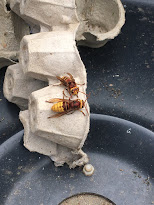 Romance was in the air in the trap this morning; and, as I observed the other day, it was also a morning for inspecting the eggboxes very carefully. It's hornet time. The amorous (I think) pair at the top of this post were sleeping separately when I looked at the catch at around 7am. Two hours later, they were chumming up on the same eggbox as shown.

They were not the only romantic couple. A pair of Daddy Long-legs were already coupled when I turned their box over first thing. The moths were more self-contained and relatively few in number, but interesting enough nonetheless. 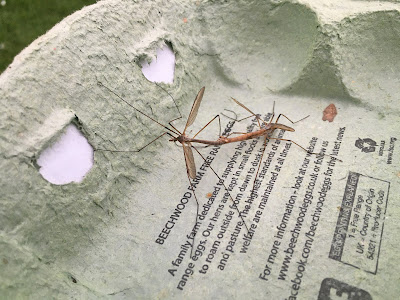 As usual, there were Brimstones and Light Emeralds on the grass around the trap but today they were joined by an Orange Sallow, another member of the colourful Autumn family. She has dislocated her left hindwing but was still well able to fly and made off for the safety of a shrub after I had taken a few photos. 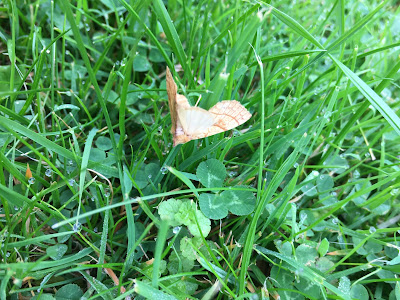 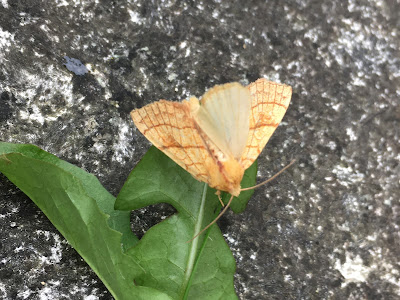 Also in residence was the first moth shown below, a Whitepoint, an immigrant whose numbers have increased in recent years, and lots of Centre-barred Sallows, assorted Yellow Underwings, Hebrew Characters and Square-spot Rustics. 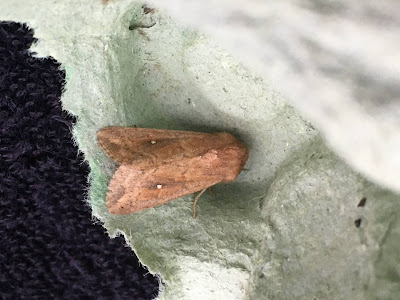 Unusually for me, I wandered out to have a look at the trap last night and took this photo above which rather resembles an underwater scene. A lot of moths were jinking about while bats circled overhead. I saw one chase which the moth won. Night-time photography is not my forté to say the least but let me assure you that the tiny grey splodge marked by the arrow in the picture on the right is a moth trying to get into the trap. 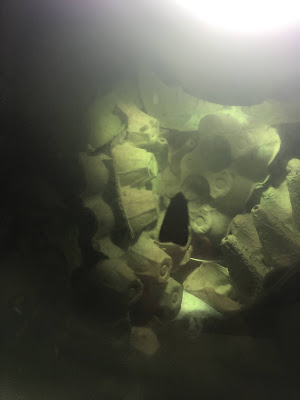 Posted by Martin Wainwright at 10:37