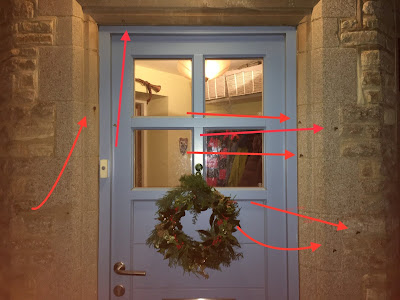 I have not been running the moth trap recently because of the cold and damp, though it may play a part in our Christmas illuminations. We tend to organise these later than most people these days, after childhoods when dressing the tree was an eagerly-awaited part of Christmas Eve, though it then stayed up for the full twelve days of celebration.
On a doorstep visit to the grandchildren this week, however, my moth-minded granddaughter immediately asked me: "What moths are you getting, Grandpa." And lo and behold, last night her answer was delivered by our porch light. Satisfactorily, it was her seventh birthday and at the peak of the insects' arrival, there were seven as shown by the red arrows above. 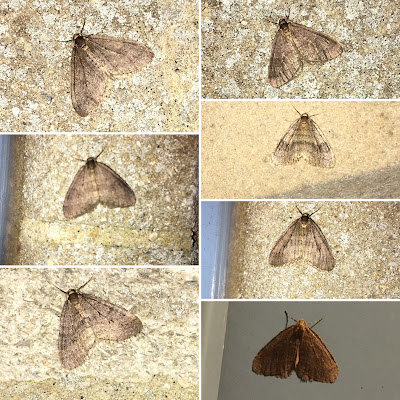 The Winter Moth is not a showy species as you can see from these close-ups of the seven, but it is an extremely interesting one. It uses its own body mechanisms to generate enough warmth to fly on frosty nights and during the dead of Winter, it is really the only UK moth you will see out and about, with the occasional odd exception.
Moreover, the female is one of the country's flightless moths, which always seems a shame to someone like me, who wishes that humans could fly unaided, but is actually less demanding and more comfortable from the insects' point of view. Like bedbound inmates of care homes, they spend their lives in cosy niches of tree trunks, waiting to be visited by a male and then laying lots of eggs. The future of many of these is less enjoyable. Millions end up as food for tits which time their breeding to coincide with the moths'. 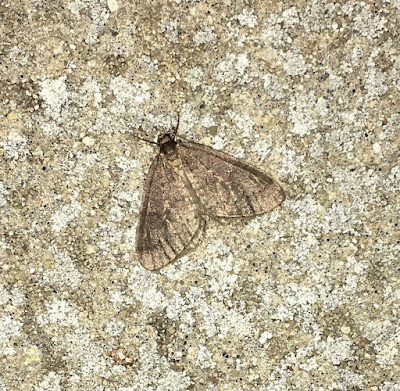 Here's an enlarged version of one of the moths, with flash above and showing its resting stance in the shadows from our porch lamp below. It is rather remarkable that such a slender, fragile insect can summon up the heat and energy to fly in the freeze. Studies have shown that it can take the moths half-an-hour to warm up enough to take off.  Once flying, their wing movements produce additional heat. 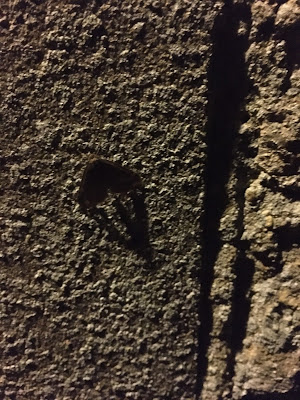 I cheered up a couple of them a few years ago and append them here again, as a seasonal treat. 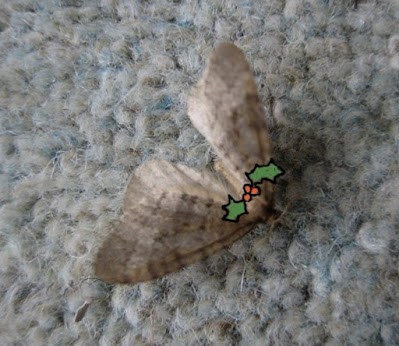 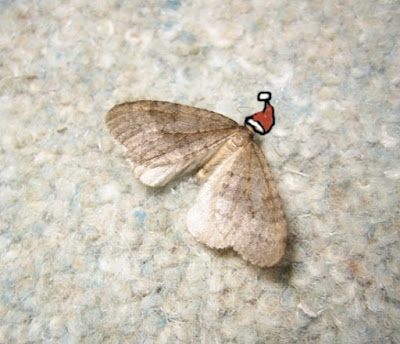 Posted by Martin Wainwright at 08:50 2 comments: