Another moth-free post today, but if you'll bear with me in my temporary guise of Martin's Birds, I'd like to share my pictures of our local lapwings, spotted by Penny. They aren't normally local. They live up on the moors above the Washburn Valley, where our water comes from, thanks to the foresight of Sir Nicholas Fairbairn and the Leeds city councils which built the great dams at Lindley Wood, Swinsty, Fewston and - nearly a century later - Thruscross. I remember going as a child to the church at West End on its last Sunday before the new dam's sluicegates closed and the hamlet disappeared for ever (or at least until the 1996 Great Yorkshire Drought). 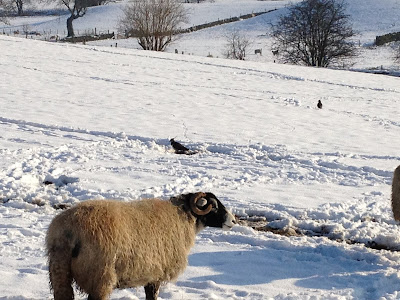 The lapwings' call of 'pee-wit', which is one of their nicknames, is part of the lonely atmosphere of the moors, a plaintive cry which often goes with their ploy of pretending to have an injured wing (hence their name) and leading a potential predator away from their nest. Now we have them calling here, because when it gets too cold at home, they fly down to the warmer fleshpots of Leeds. Not that 'warm' is quite the right word, as the pictures show. I could do with that sheep's fleece - and maybe with a lapwing's crest as a male fascinator (an article of headwear which someone really should invent). 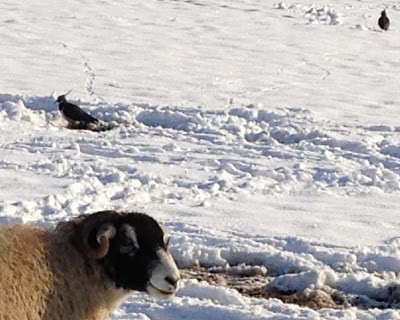 Posted by MartinWainwright at 08:38 3 comments:

I haven't actually tested this theory by putting out the trap - and maybe I will tonight - but if any moth is on the wing in the UK's current conditions, it must be mad. Still, whatever the cold and disruption, we are living temporarily in a winter wonderland. I know that snow pictures are all the same, but isn't it beautiful? And if you look carefully, you can see Penny's carefully trimmed Lonicera elephant. 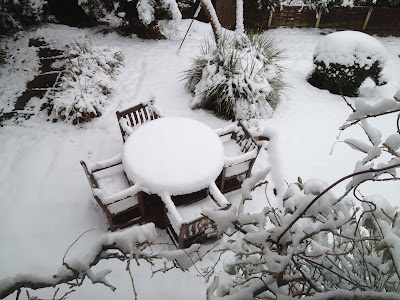 Meanwhile, we were foraging in John Lewis in London at the weekend and I let out a small cry of excitement on seeing this: 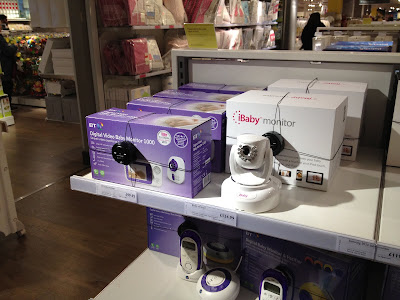 Penny looked a little alarmed; but I have no wild ideas about having further children. I'm just very into the possibility of using one of these remote monitors later this year in the trap.  I wonder if you can hook them up to digital recorders, because I don't really want to stay up to watch live. But anyway, this could add a whole new dimension to my musing come may; and if I go for the version shown below, I can enrich the dozing moths' lives with soothing music and colours. 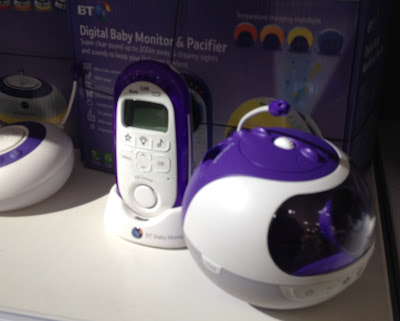 Posted by MartinWainwright at 10:38 No comments:

The moth in the attic

I just unearthed a big box of Lego from the attic as part of our continuing early Spring clean, and inside it was this mummified Copper Underwing (or it may be a Svensson's CU; the difference is too close for me too tell). 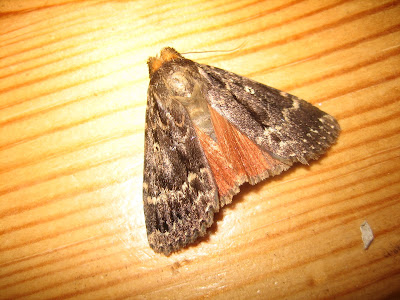 Dead alas, but dead in a form which allows me to show you the reason for its name; something very hard to capture while the moth is alive.

Earlier today I achieved another of my Yorkshire Ambitions although quite unexpectedly. Joining friends for a walk around Eccup, that pleasantly-named hamlet on the north eastern edge of Leeds, we went close to the fake TV village used in the Emmerdale soap. 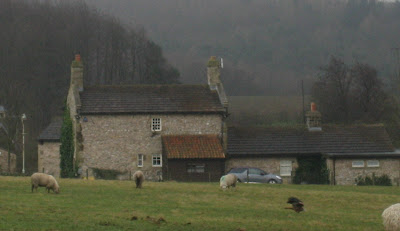 Here it is, complete with a red kite - one of many soaring around - inspecting possible carrion in a field of sheep. Before Yorkshire TV built the dummy deep in the grounds of Harewood House, the series was made at Esholt, the old Bradford sewage workers' village not far from our house. Because there was so much lanolin in Bradford's waste from the wool industry, the sewage works had huge presses to squeeze it out for makers of cosmetics - and, appropriately, soap.

You can't get nearer the fake one, I'm afraid, without loudspeakers starting up and ordering you off.
Posted by MartinWainwright at 22:01 4 comments: