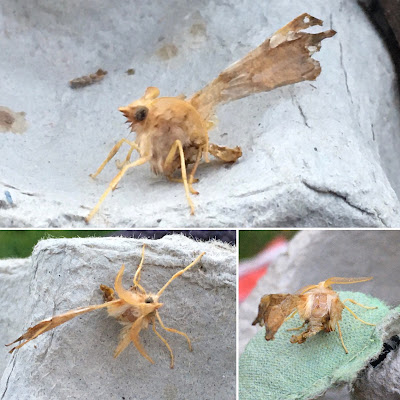 This poor little creature looks to me like a moth which suffered problems in the chrysalis or in hatching but it was indomitable in spite of its severely damaged state. It might have been a victim of a predator but in that case, it is hard to see how it would have survived. Its antennae were bristling and alert and it was able to move nimbly from one eggbox to another. How it got into the trap is a bit of a mystery, though. I'll post the pictures on the Upper Thames Moths blog to see if there are any expert opinions on the matter. 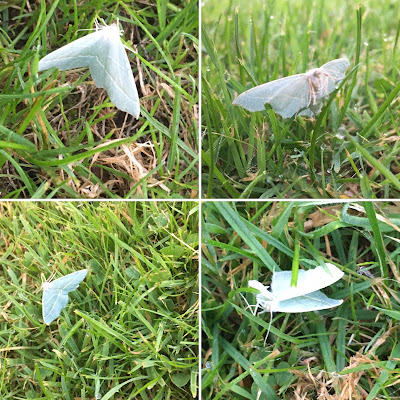 My second composite photo shows how the lawn around the trap is always dotted with Light Emeralds- and, often, Brimstone moths as well, though not today. I got up a little earlier than usual to beat the birds and see if there were more moths in the area, but I found no more than usual, which is a weight off my mind. 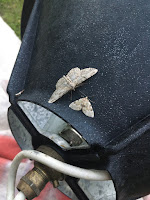 The bulbholder and transparent cowl of the trap were also dotted with moths, a Willow Beauty and a very faded Green Carpet in the picture on the left and a nice fresh Snout, below, from on top and underneath. 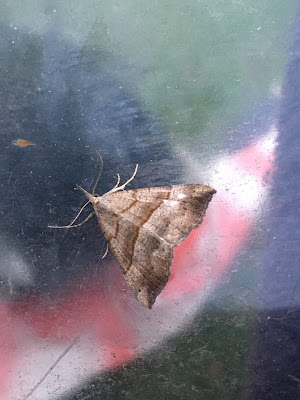 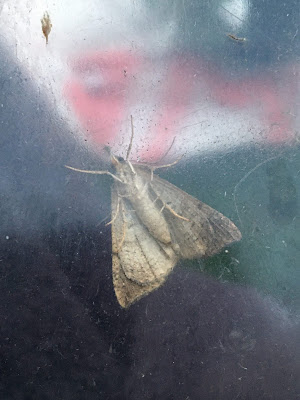 Next we have a Ruby Tiger, a moth which I haven't seen for a week or two, a couple of Sallows in the two different patterns and what I am fairly sure is a Copper Underwing - as you know, I am disastrously poor at ID-ing this kind of moth. 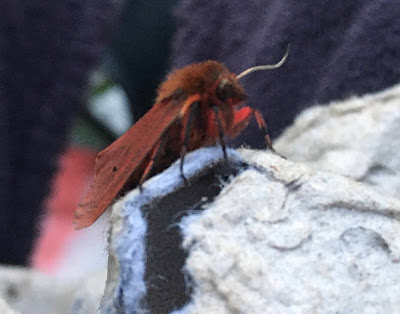 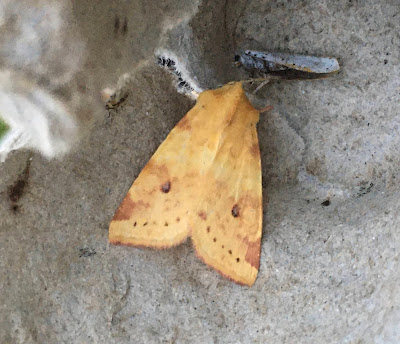 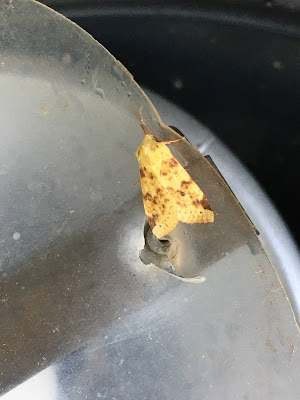 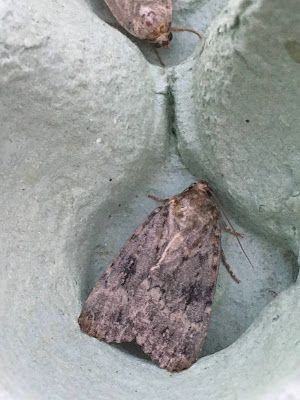 Away from moths, my older son (and Dad of the entomological granddaughter) took these excellent pictures of a Rosemary Beetle - which he rightly rechristens the Suffragette Beetle with its purple and green - and a second mysterious bug. Any ID of it would be much appreciated. 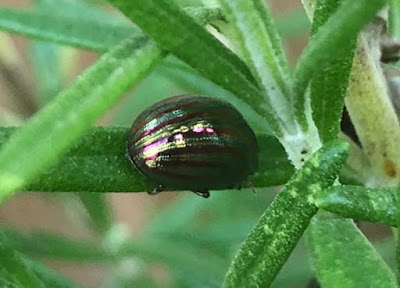 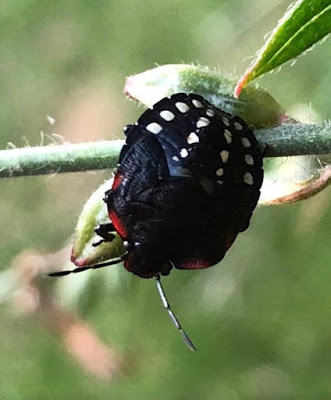 Posted by Martin Wainwright at 11:27

Martin- your mystery bug is a nymph of a Southern Green Shieldbug.

Still envious of the Clifden!