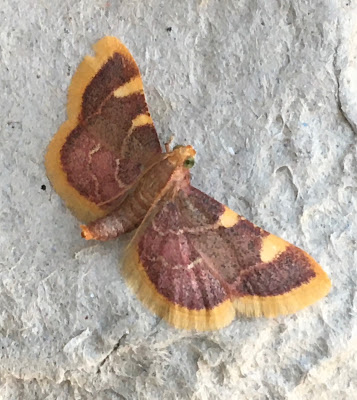 This thumbnail-sized visitor with his green eye fixed beadily on you has done me a service. The Gold Triangle micro, as its name implies, normally rests in a neat triangle with its wings folded back. Unusually, this one has decided to show its glorie in full. Known more cumbersomely as Hypsopygia costalis, it has the same colour scheme as the two Pyrausta micros, aurata and purpuralis - the latter the often-seen, day-flying Mint moth - but is not related. A curiosity of its behaviour is that, like a little cuckoo, its caterpillar which eats dead vegetation has been found living in squirrels' dreys. 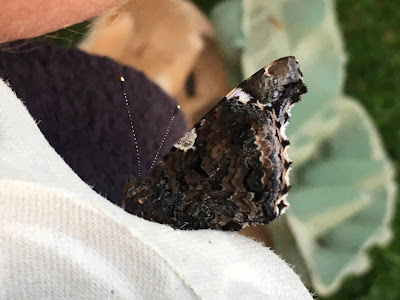 Butterflies very occasionally spend a night in the moth trap and this morning I found this Red Admiral which roosted just long enough for one photograph and then, with that little click which you often hear as a butterfly takes wing, was soaring away.  Alongside it were 150 or so moths, among them this Lunar Underwing in the second, dark brown colourway, a handsome Black Rustic and an Angle Shades which preferred to sleep on the lawn nearby. 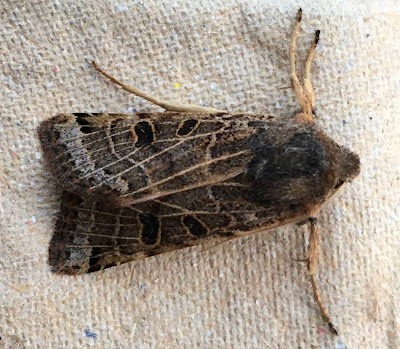 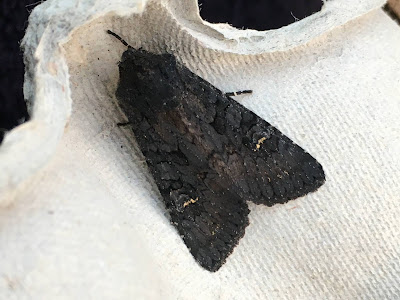 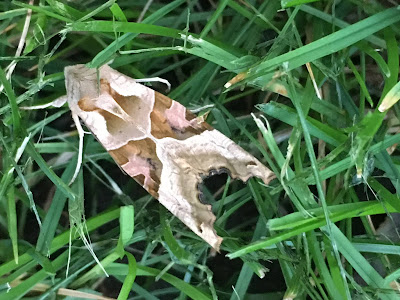 There were also lots of the various yellow underwings and - again very unusually as with the Gold Triangle - one of them was showing the reason for its name. I have combined it with one of my recent Clifden Nonpareils and the Red Underwing which came last week to create an image which I hope to flog to the media come the next election. 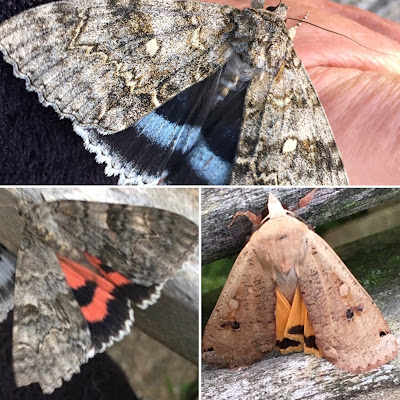 Posted by Martin Wainwright at 06:46