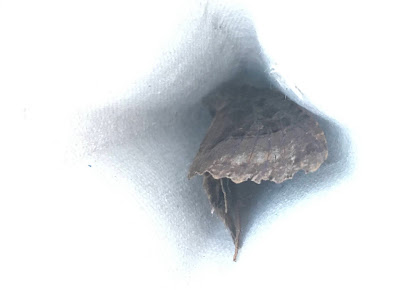 Amid the excitements of the twin Clifden Nonpareils yesterday, there was the further mystery of this quite substantial moth tucked snugly into an eggbox cone. Its drabness led me to suspect a third Old Lady of the year and I was right. Here it is aftrer waking up, below. 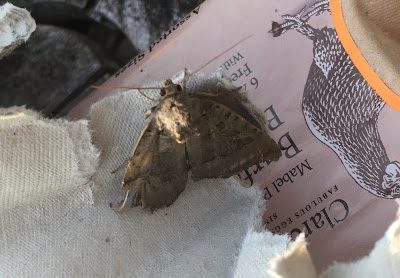 In the new arrivals department, we have that scrambled egg of a moth, the Sallow, joining the Centre-barred Sallow and Orange Sallow in my visitors this year from this colourful clan. And their relative the Frosted Orange, shown playing heads and tails in my picture. 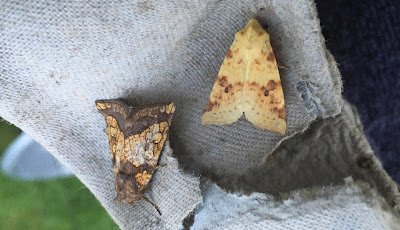 Given that I had company to examine the trap, it was handy to have this example of the effect of life's wear and tear on a moth - a nice fresh Willow Beauty on the cowl contrasted with its battered older relative on the eggbox. 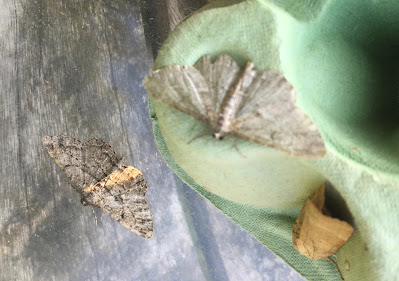 Here too is a Dusky Thorn, as correctly identified yesterday by Edward; and to round things off another nice example for my visitors: the Lime-speck Pug, one of the 'bird poo moths', dozing on the lamp's rainshield alongside a real bird poo. 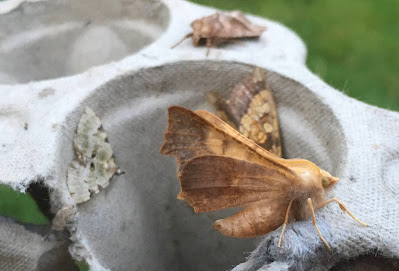 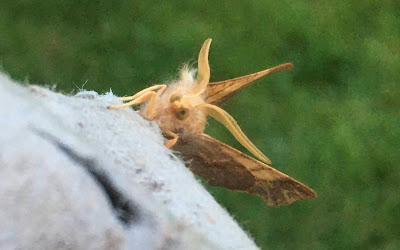 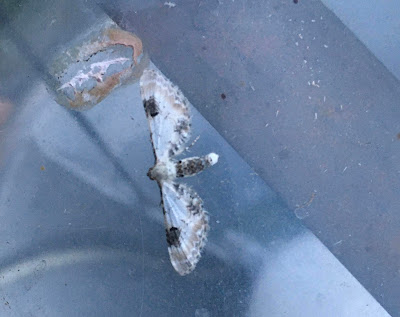 Posted by Martin Wainwright at 13:56