Darling bug of May 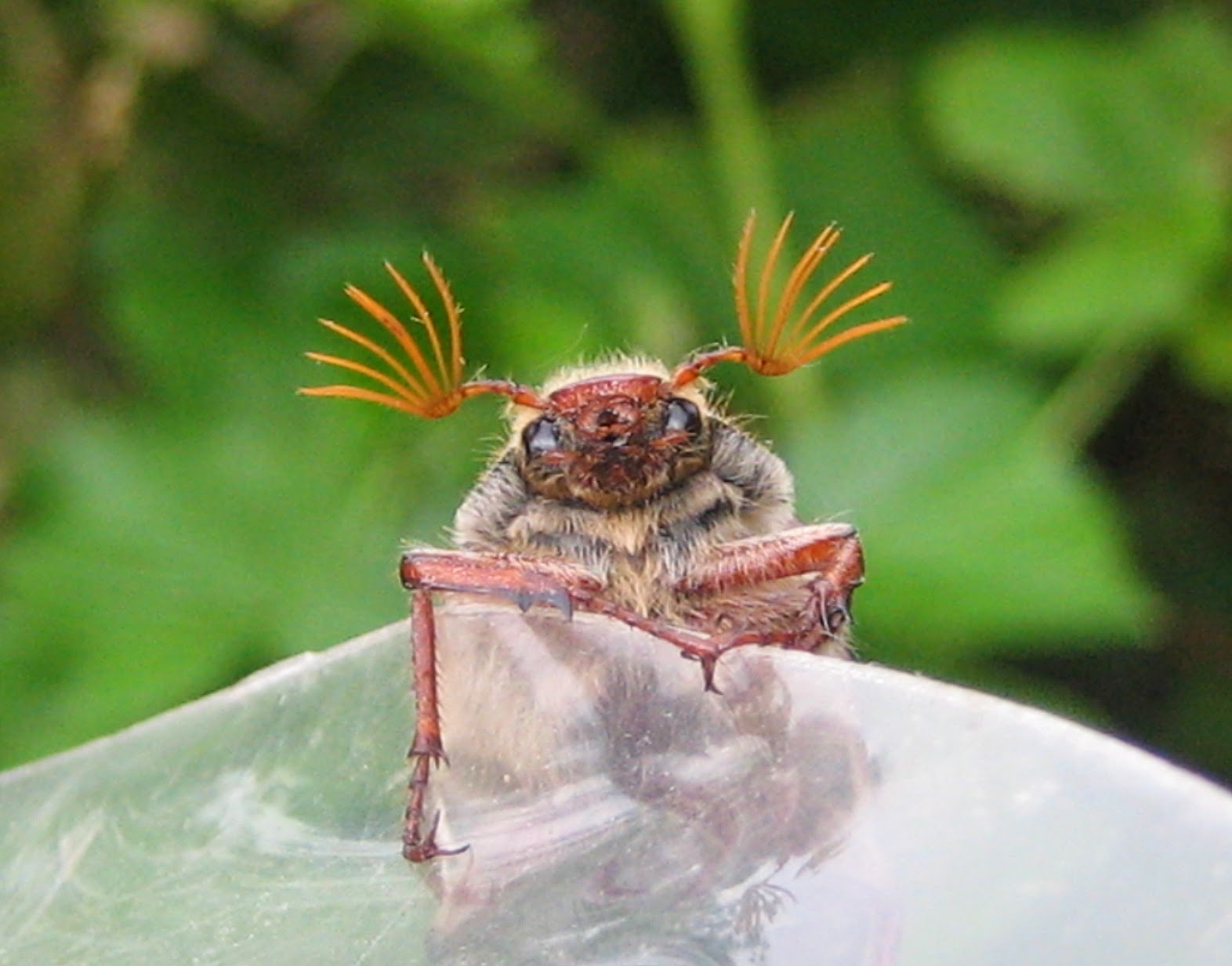 It's the last day of May and this Maybug turned up to acknowledge the fact, saluting the departing month from the rim of the rain shield. He or she accepted a brief photo session patiently, waggling those most excellent antennae and fiddling with one of his or her armoured wing cases. Then like some doomed rival to the helicopter on a Leonardo da Vinci notepad, he or she whirred off into the branches of a plum tree, undisturbed by my vigilant robin. 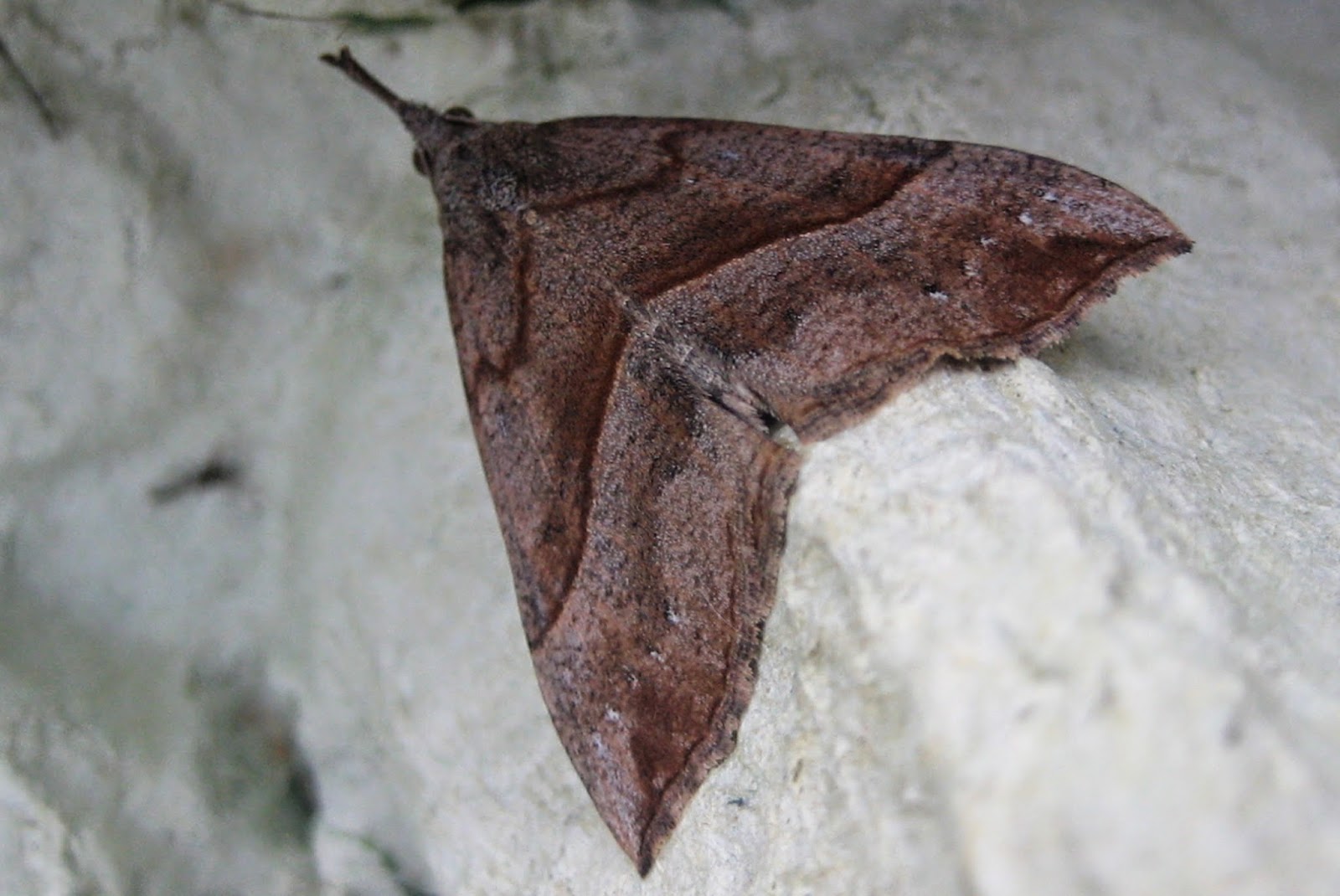 The moths had a good shape this morning too: the V-bomber outline of three Snouts, two of which were also anxious to depart, but this one stayed long enough for a picture. Another newcomer for the year was the sleekly groomed Wainscot of some kind, probably Common, shown below. 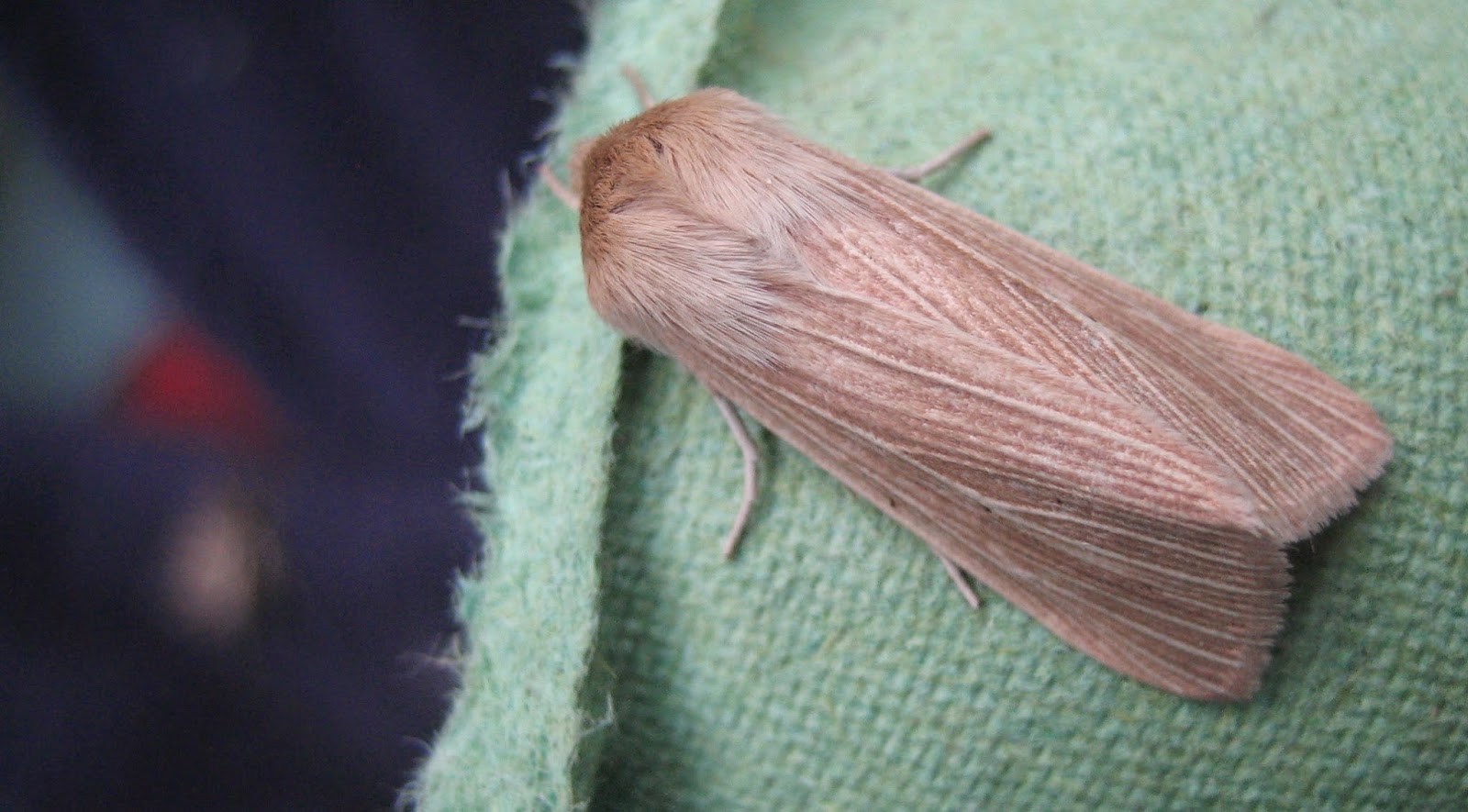 Sorry to be vague about that at this stage, but I am going to have to update its ID and that of the following moths later. Morning tea calls and then there's a busy day ahead. So here for now are the other motghs-of-interest from the 150 or so in the trap this morning - busy days. The first needs no research - its Figure of Eighty looks as clear as if a signwriter had been at work. But if you know the others, please let me know too.  Have a lovely weekend in any event. 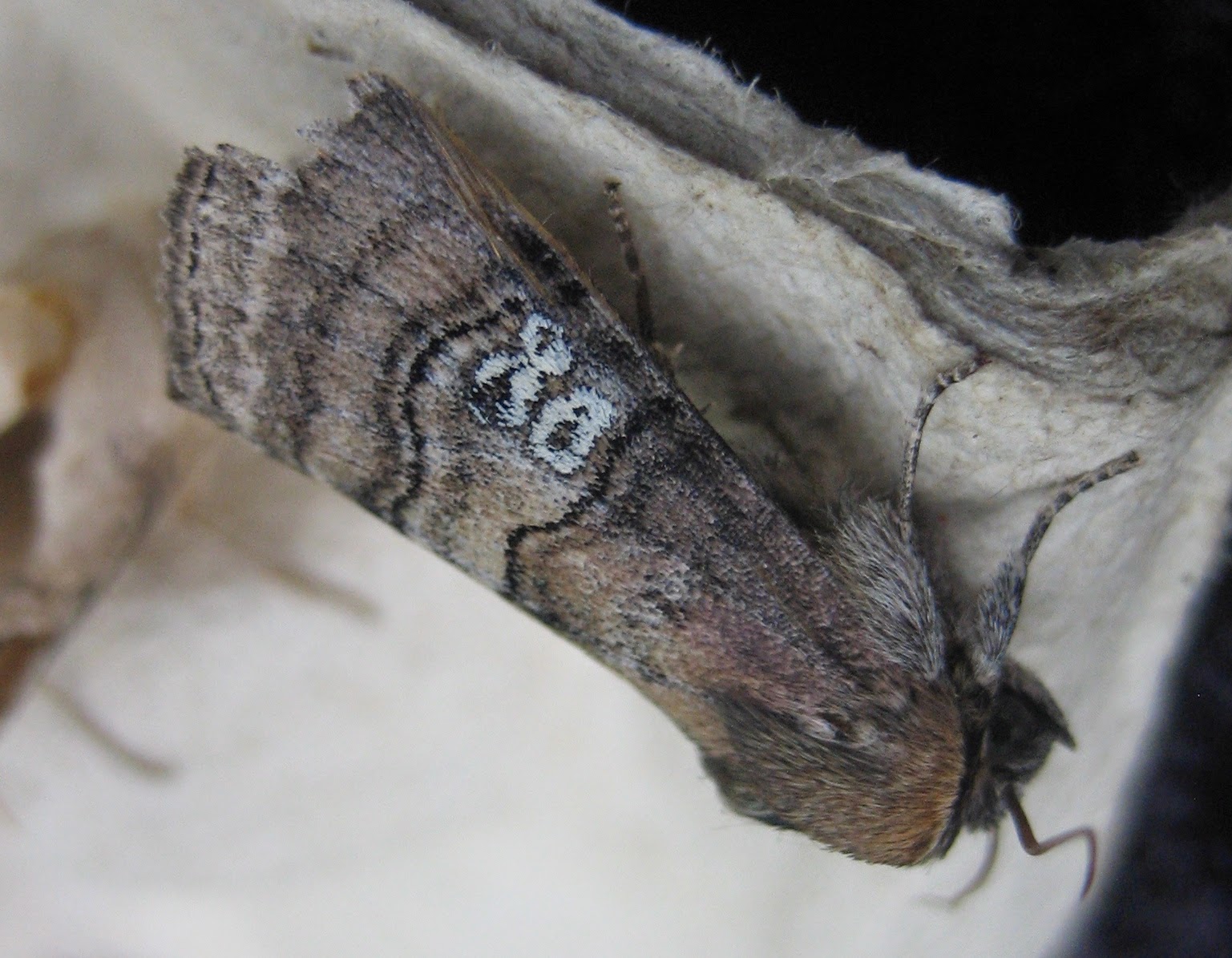 I have a vigilant Robin too, who swooped down and nicked half a dozen moths from the plant where I'd hidden them! Feeding babies no doubt...

Because of the marauding robin problem, we ended up buying what is called our 'mothing basket'. This is a lidded wicker affair whose lid is left slightly ajar to allow moth egress but absolutely no birdy predators in. We pop the be-mothed egg boxes in there straight from the trap. Most moths leave of their own accord once darkness has fallen... best wishes from the home of overengineered solutions...Toni

Hi both - and thanks very much for that suggestion Toni - sorry to be slow in doing that. We've got an old wicker basket which sounds just like yours and I will put it to work at once. All warm wishes and thanks again, Martin