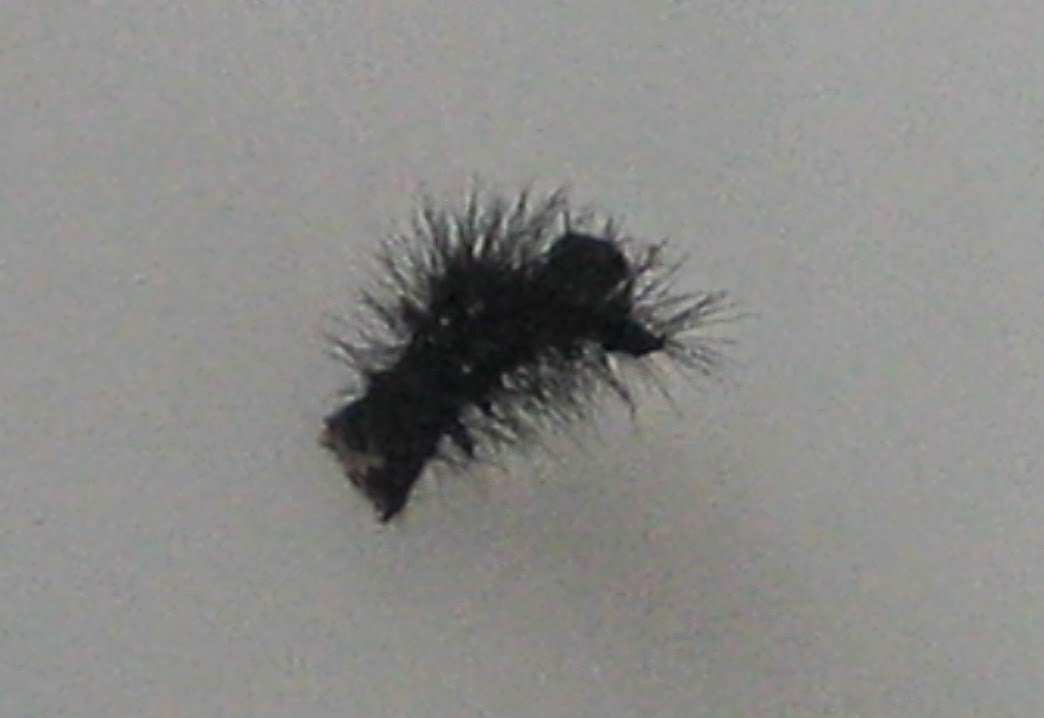 The weather is such that dressing for outdoors is a constant business of putting on and taking off sweaters and macs. Appropriately, my little brood of Emperor Moth caterpillars has been busy with this too.

I feared initially that I was going to suffer my first loss last week, when one of the little creatures left the others, took up a lonely position on the side of the Tupperware box and didn't move for two days. I thought it was dying or dead, but any inspection of the nursery by OfCat or whatever would find a joyful situation. The cattie has rejoined its friends, leaving behind just this - above: the remains of its first skin.

That famous book The Very Hungry Caterpillar doesn't deal in detail with the succession of 'instars', the scientific term for the successive stages of a larva's growth. Taken from the Latin for 'likeness', because it involves the appearance of an apparently 'new' and definitely larger, but otherwise similar creature from the old, this sees the animal slough off its skin in order to expand. The equivalent in other species is a moult. 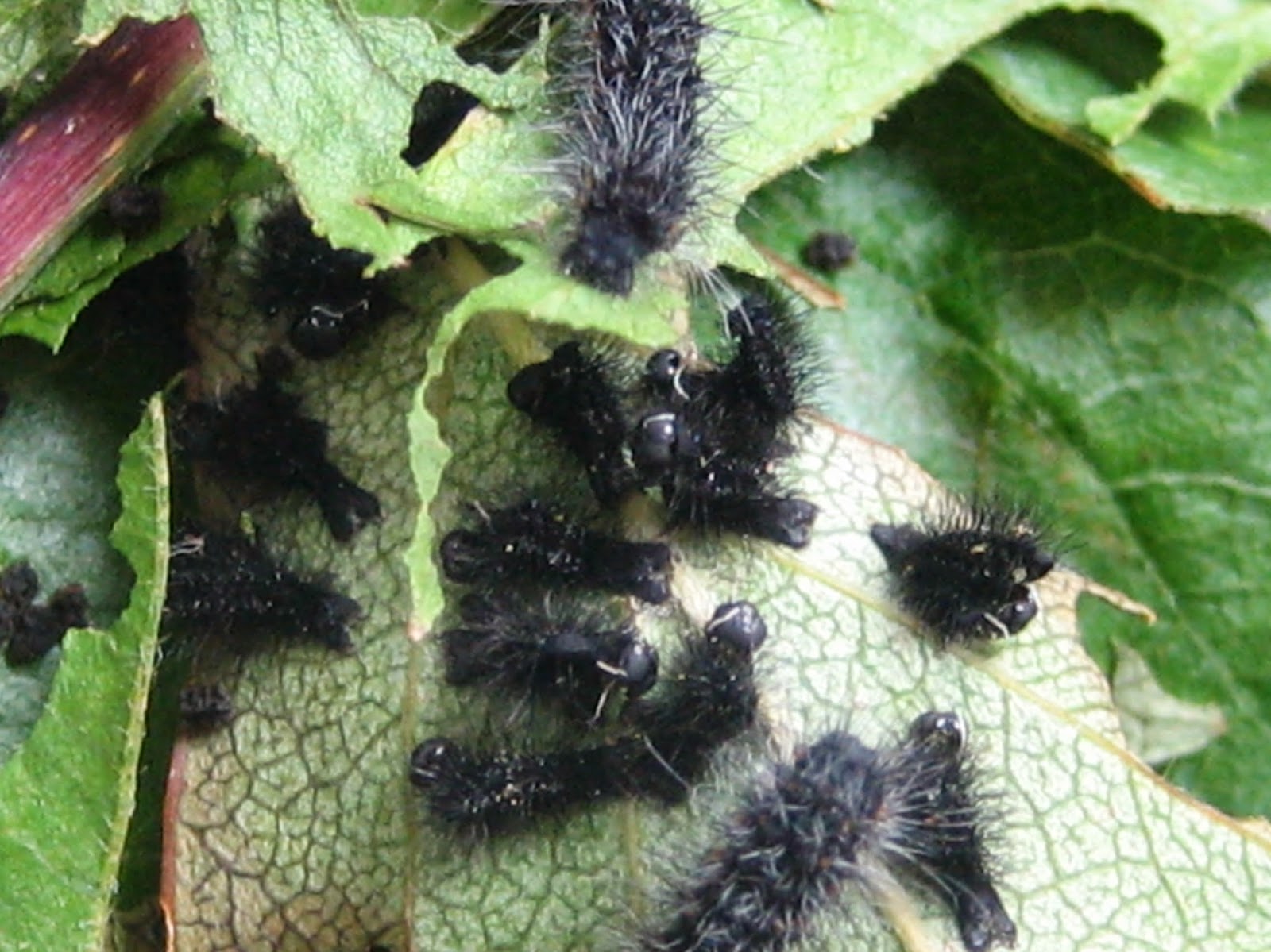 Above, you can see a couple of 'new' caterpillars surrounded by the remains of old skins. And below, here are some more munching away at their hawthorn. leaves. 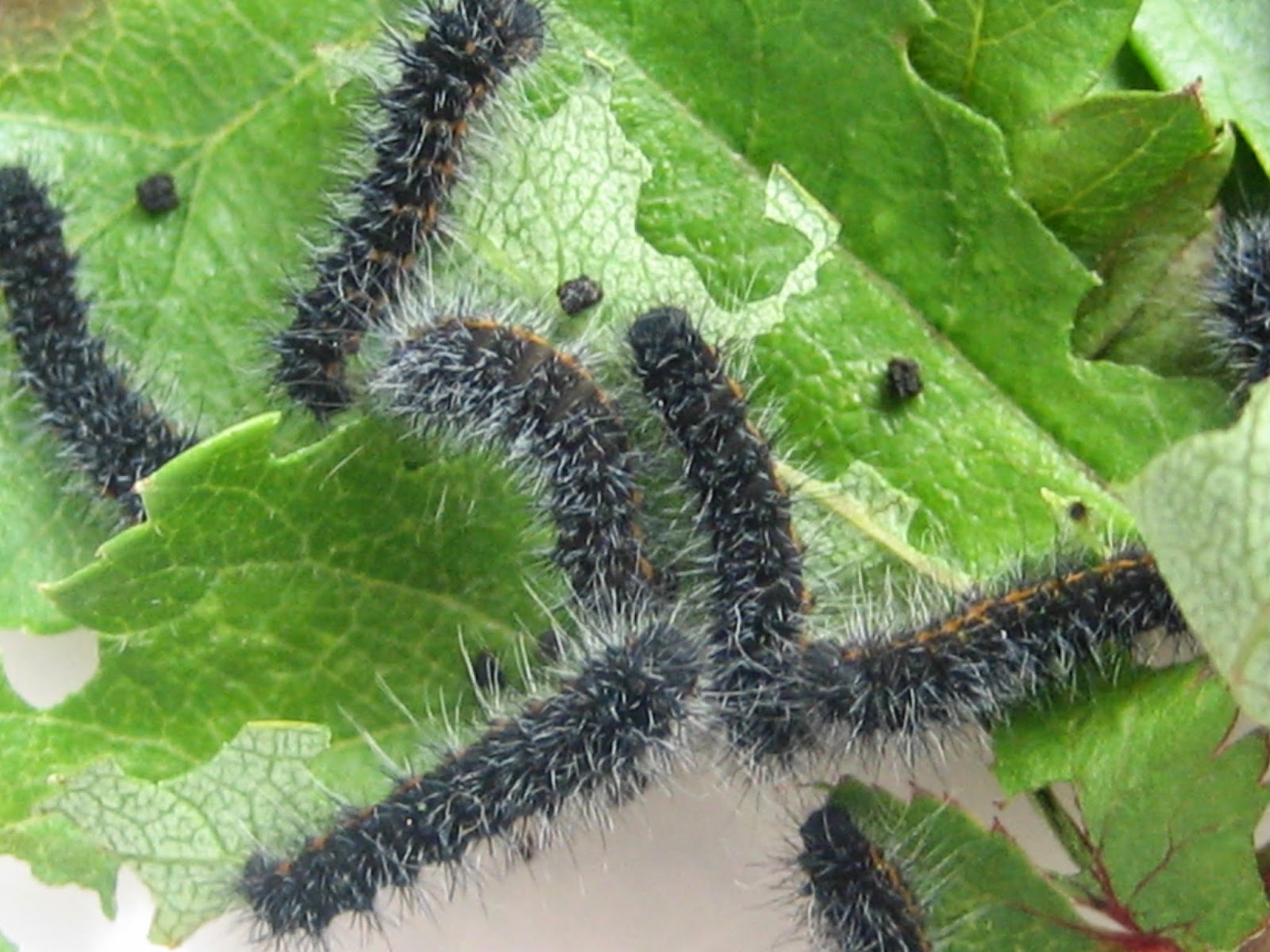 I thought you might also like a close-up of the brood's broken eggs following their hatching, compared with the cluster before they emerged - a pic I posted earlier this month after their mother obligingly laid them on her eggbox refuge. 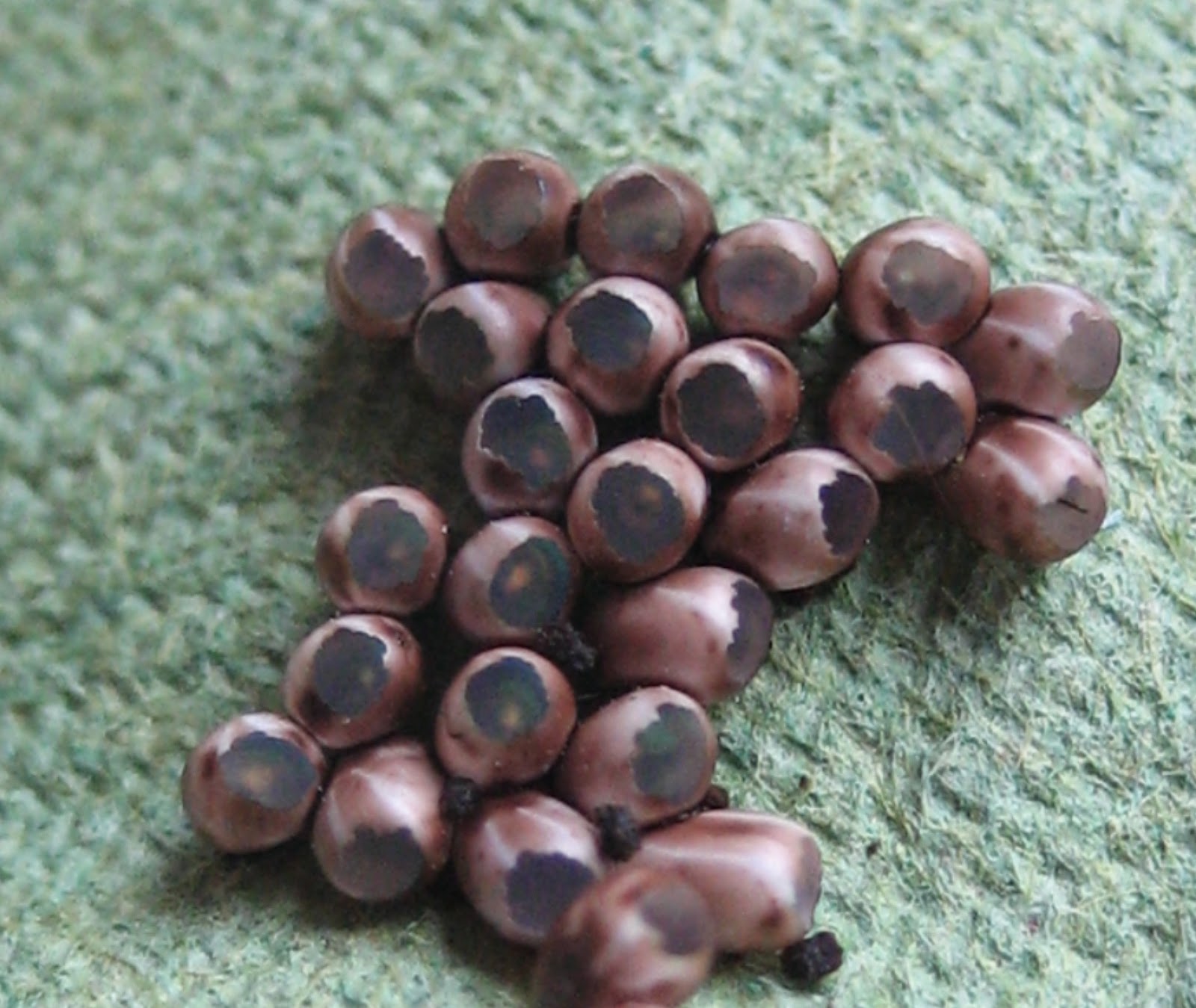 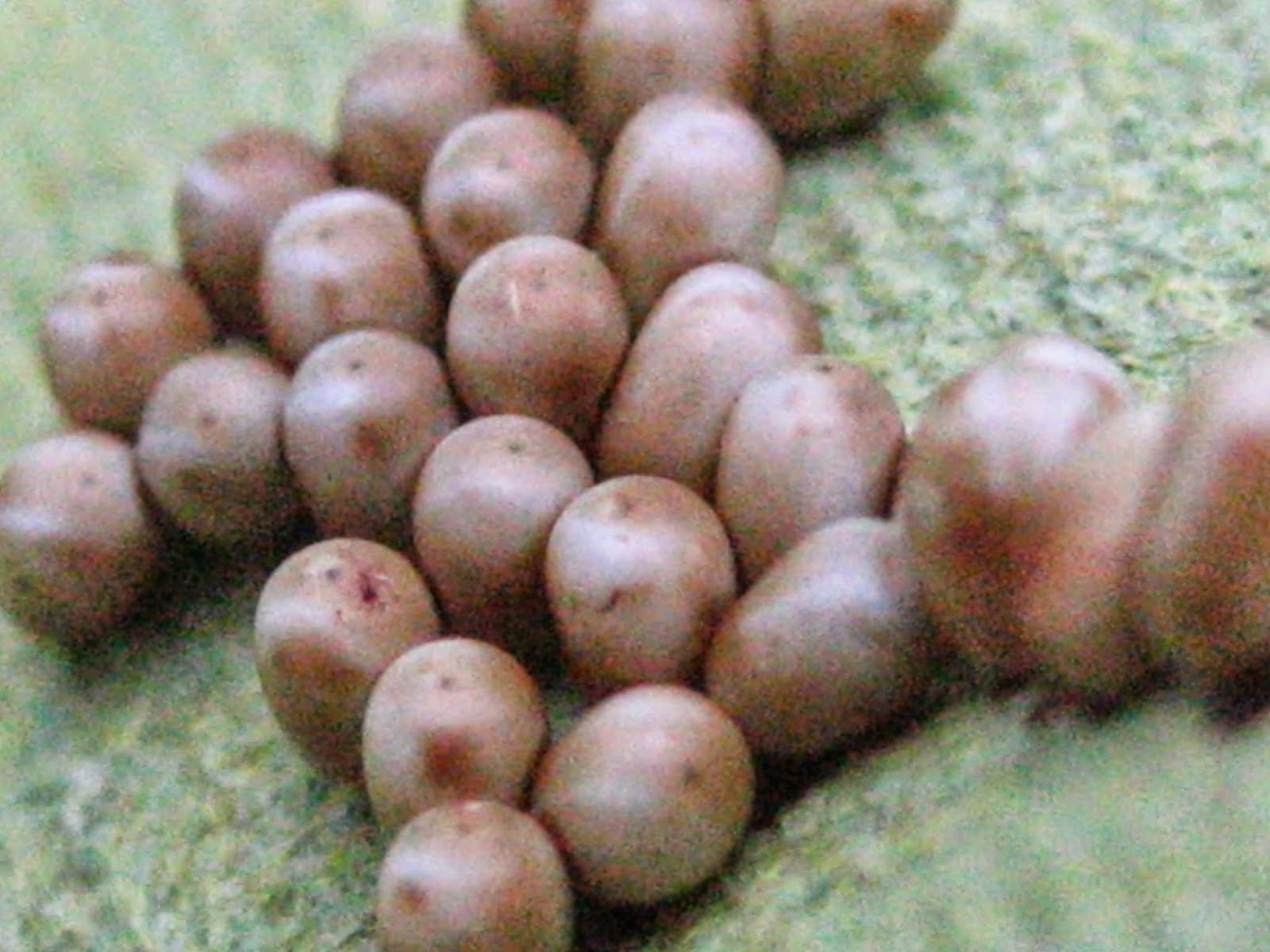 While on the subject of hatching, do you like my picture here of a flotilla of ducklings on the canal?  Aaaaaah! But actually they're every bit as self-centred and bent on survival as any moth. Just fluffier and cuddlier. 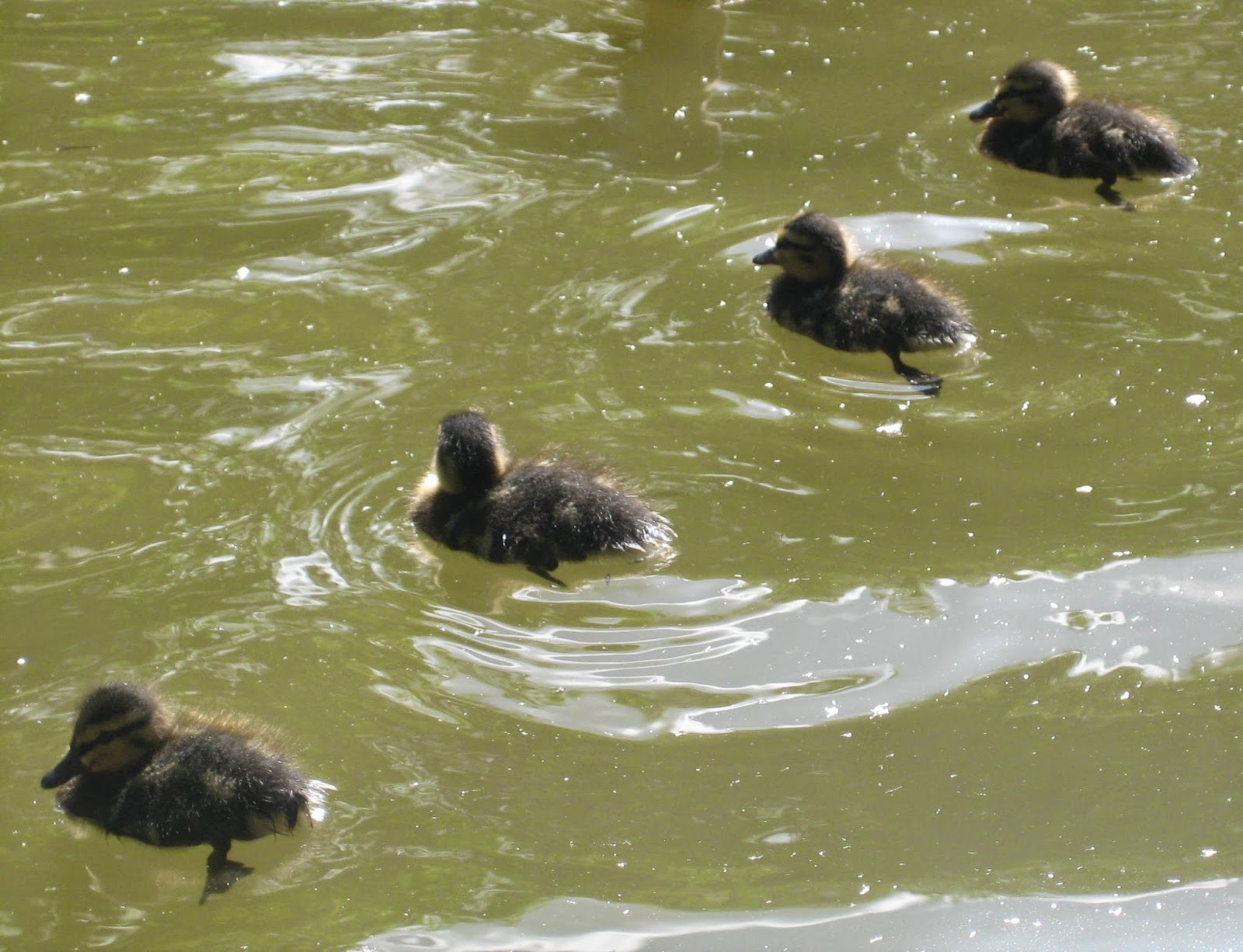 As for new arrivals: following last week's intensive inquiry into a suspected Dog's Tooth which may have been a Pale-shouldered Brocade, I am as certain as I can be that this double-fanged newcomer is the Bright-line, Brown-eye (not to be confused with the Brown-line, Bright-eye which flies later in the year.
Posted by Martin Wainwright at 09:57