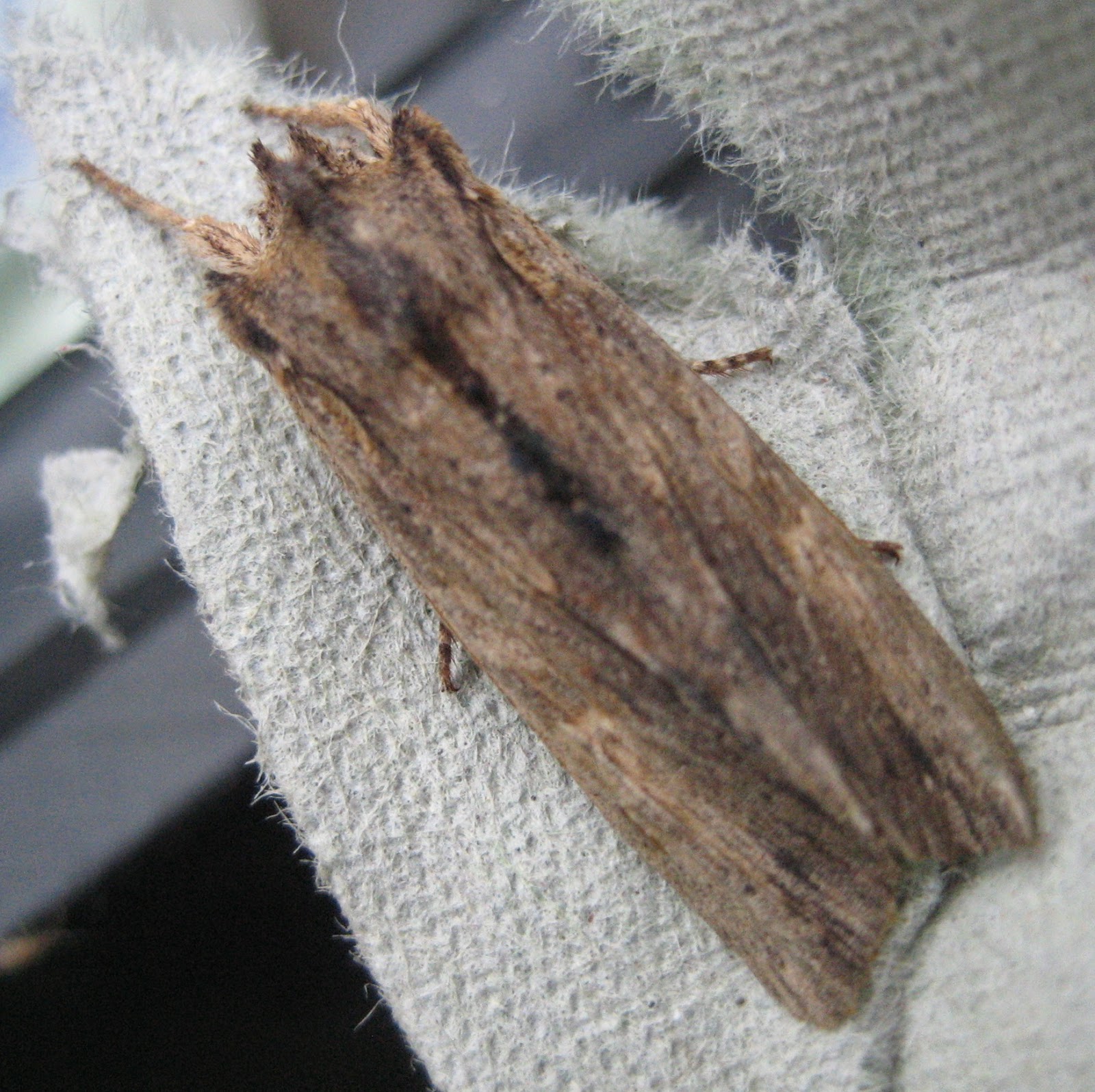 I referred to devils yesterday and their various attributes, prompted by the forked tongue of our local slowworm. One of the other features I mentioned was horns and Lo! Here this morning is a moth with a neat little pair. 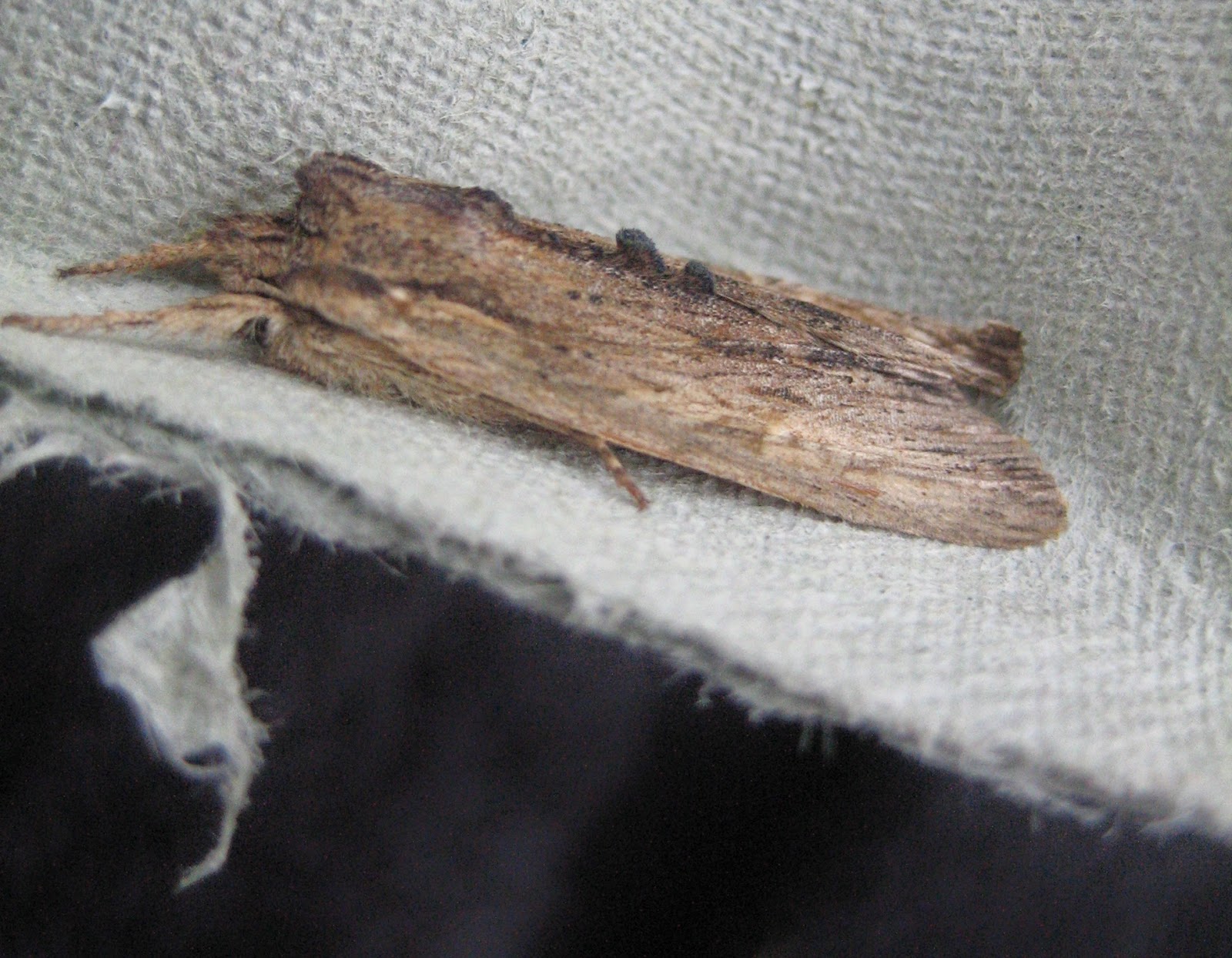 It's a Tawny Pinion, one of quite a number of UK species whose numbers are showing encouraging signs of growing.  The 'horns' are palps, I think, organs found in moths, butterflies and other insects which play various sensitive roles to do with nectaring, flying et al. One of those subjects I need time to research. Note also the moth's shoulders which protrude forward so far that they resemble an owl's ears. 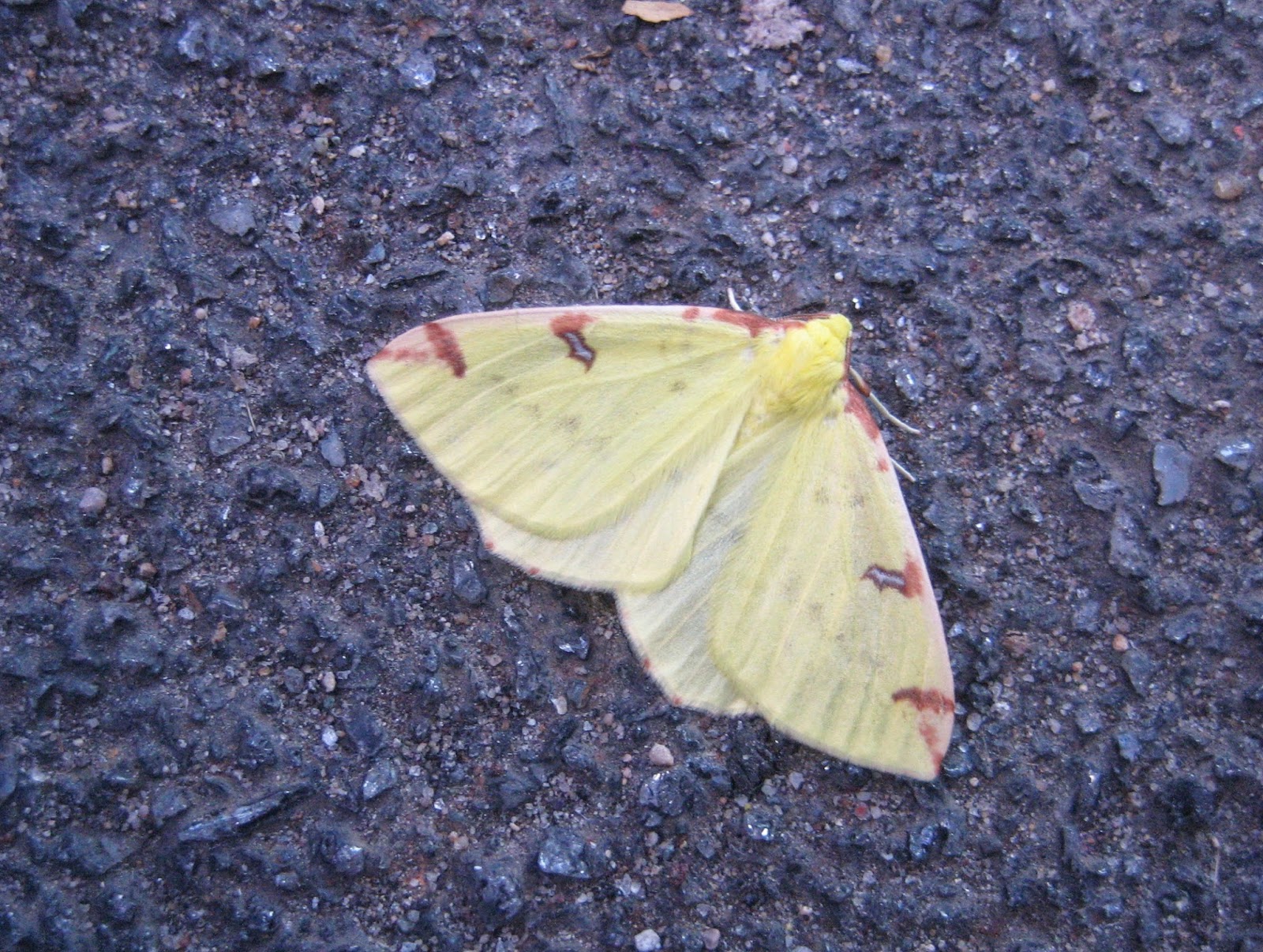 Meanwhile my tally of freedom-loving Brimstone moths grows daily. I've had one in the trap but another seven perched nearby on various nights. Then Penny and I saw one in an Oxford car park fluttering around by day, and yesterday we found this one on the footbridge at Bicester North railway station (alight here for Bicester Village shopping mall, along with thousands of mainly Chinese tourists). 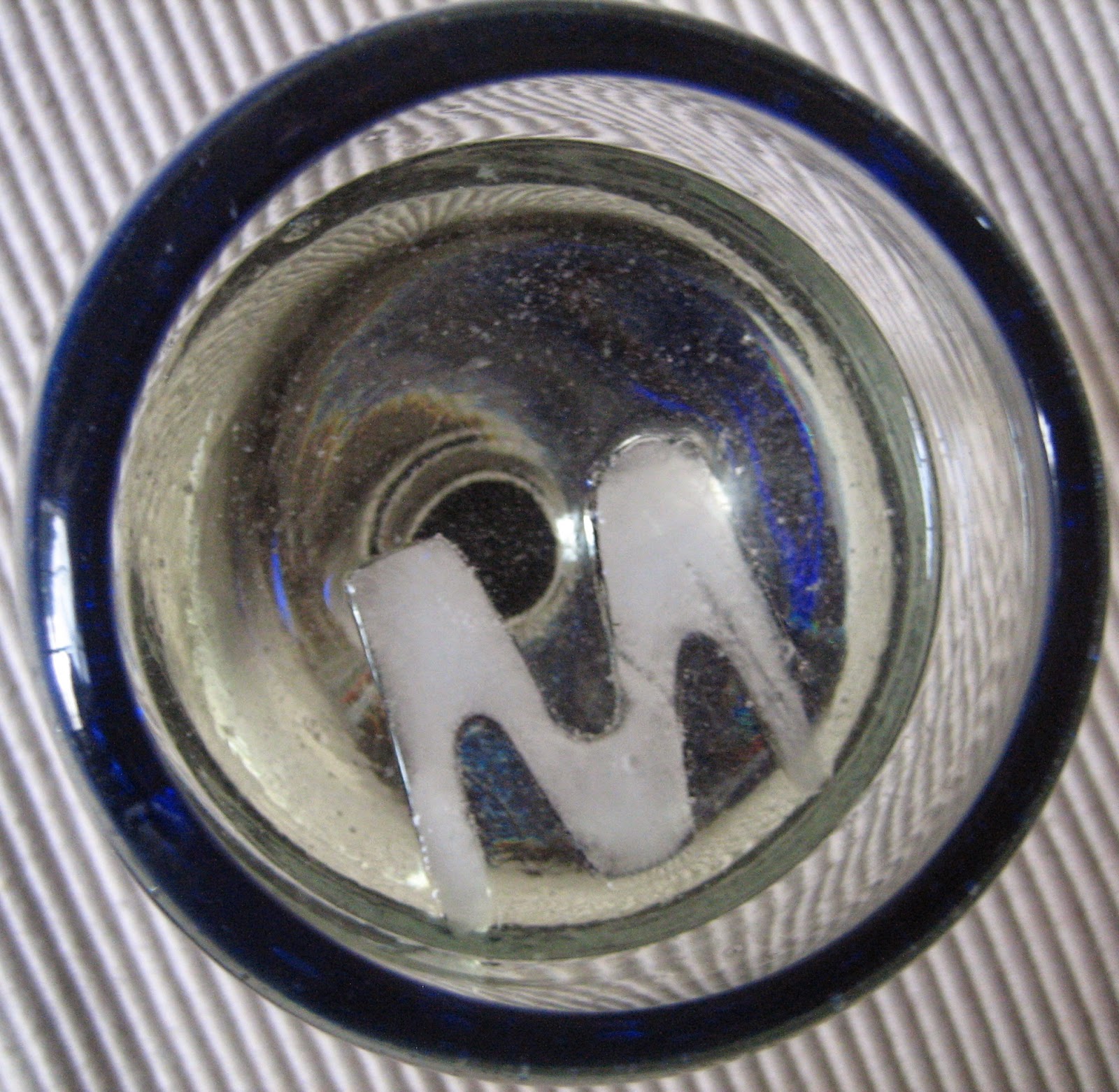 It was a dangerous place to perch but at least the rush hour was well over. Finally, here is the special ice made by my daughter-in-law for my glass of water yesterday. M is Martin and Moths and if you swivel the glass - hey presto! below - W is for Wainwright and, um, Wings I suppose. 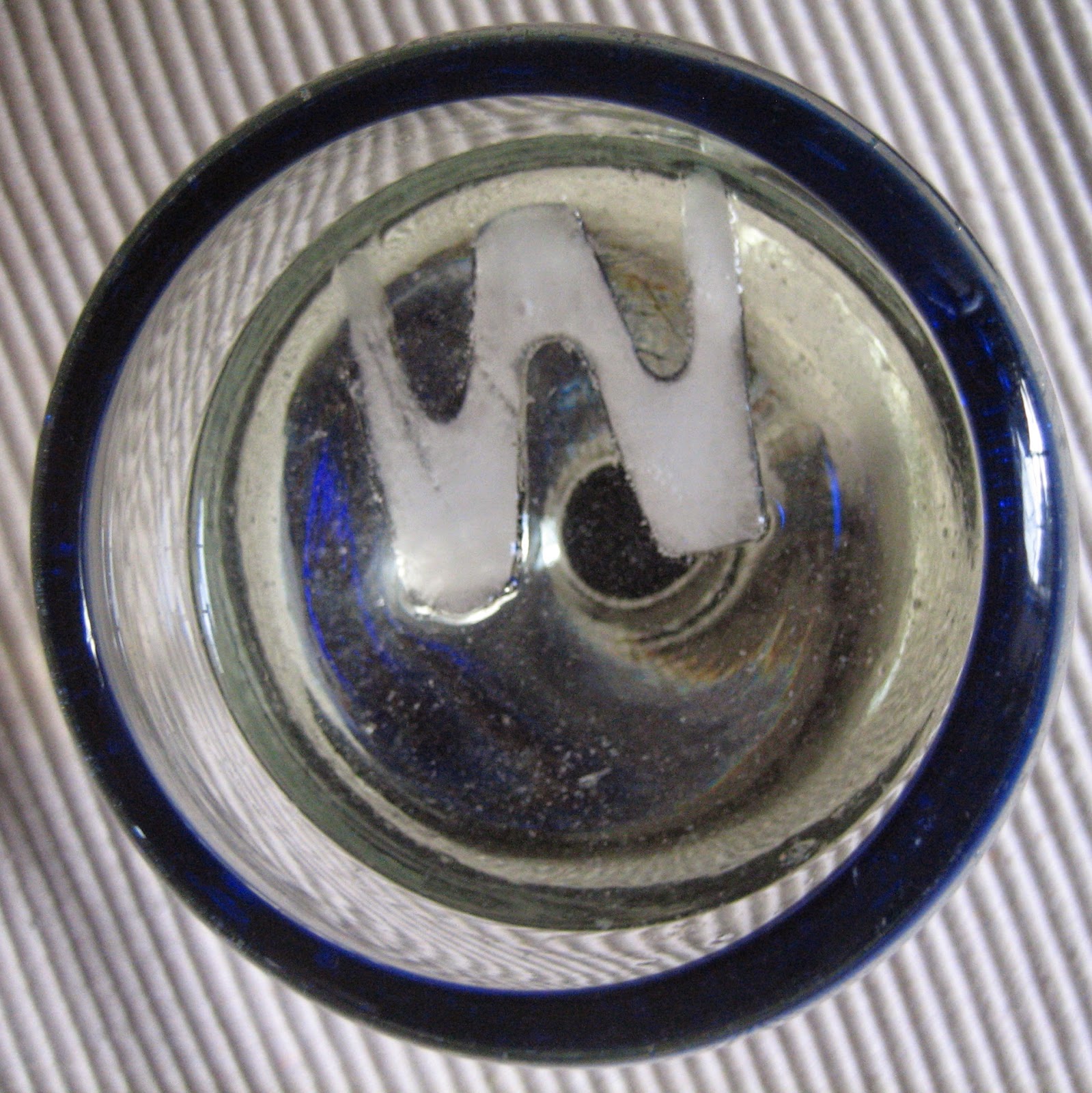 Posted by Martin Wainwright at 09:10