...the rain continues to patter down and so I continue to catch up. Here are the remainder of the backlog of moths which streamed in earlier in the week, starting with an impressive pair of large moths which are fine practitioners of dazzle camouflage. I've already featured the Puss Moth which goes for black and white lines and a certain filmy transparency. Joining it here is the Peppered which prefers dots and dashes. 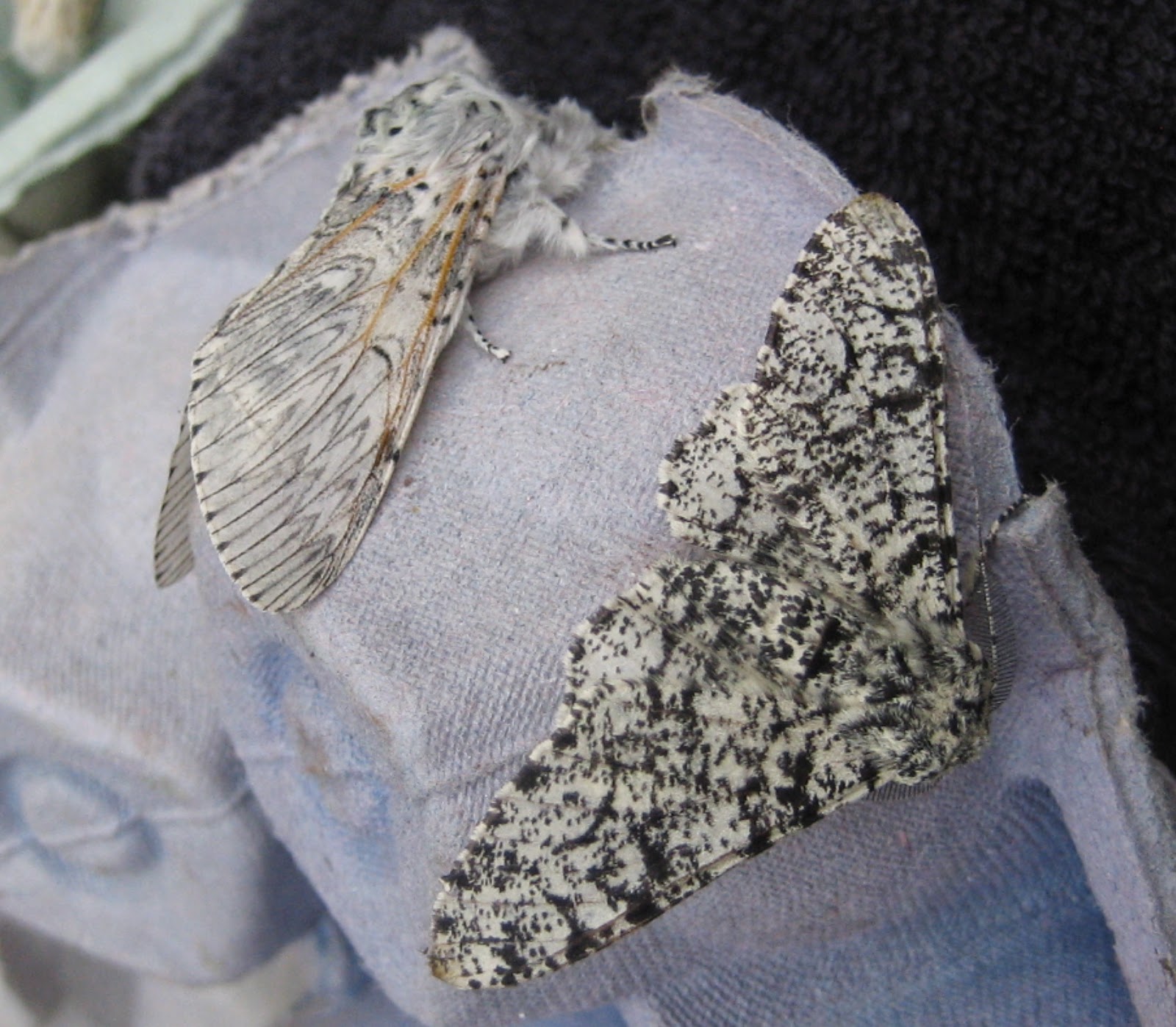 It is a famous exemplar of Darwin's theory in that specimens found in industrial areas tend to be melanistic, or wholly dark so that their camouflage works better on sooty surfaces. The doctor and entomologist Sir Cyril Clarke plotted a parallel between the decline of melanistic Peppereds and the rise of centenarian humans in the UK which played a part in the long campaign against pollution. 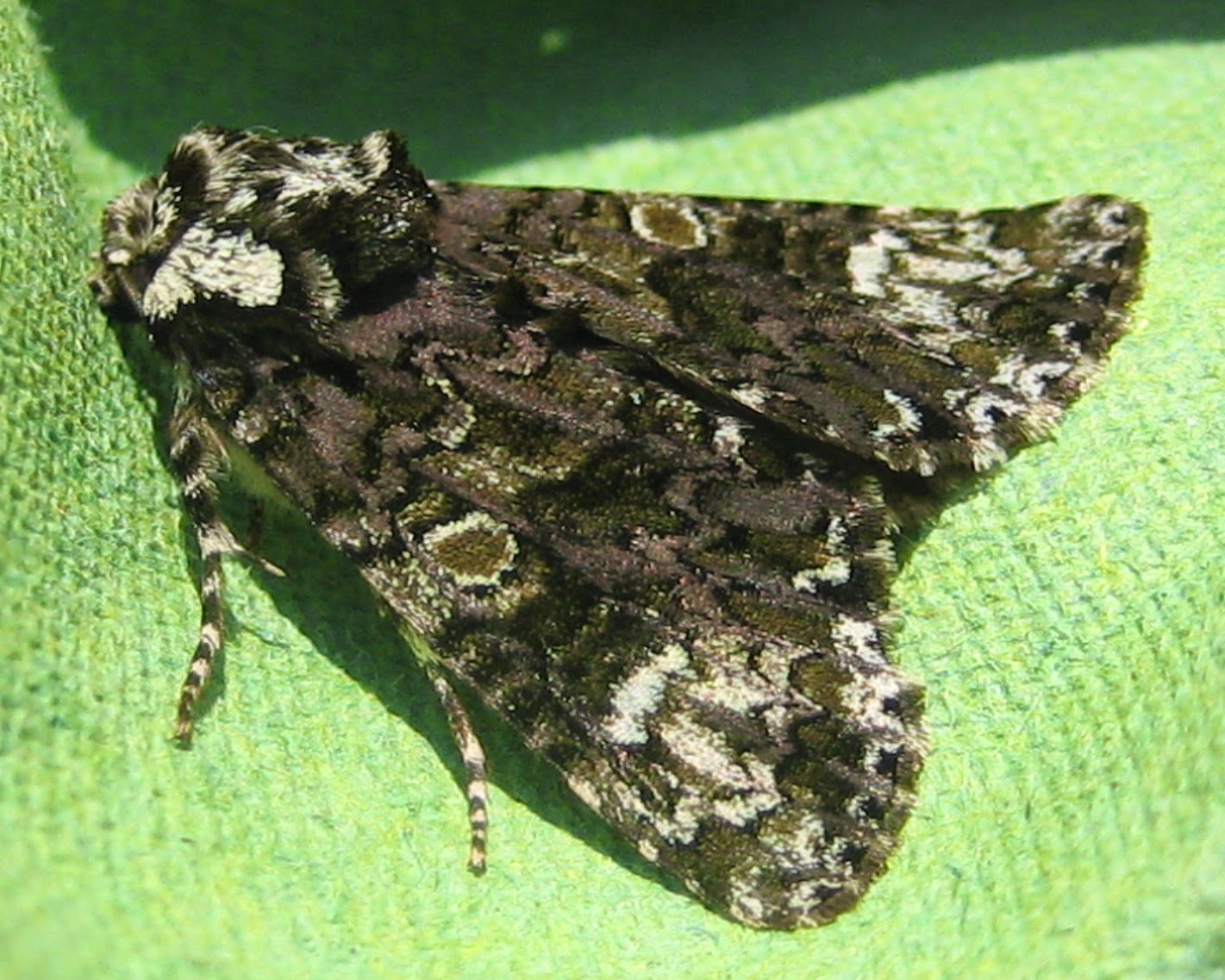 Another pretty example of black-and white patterning is the Coronet, above, which has visited in some numbers over the last week. The Puss moth meanwhile has a family of smaller relatives known, inevitably, as the Kittens. Here below is a Poplar Kitten with its distinctive grey waistcoat. 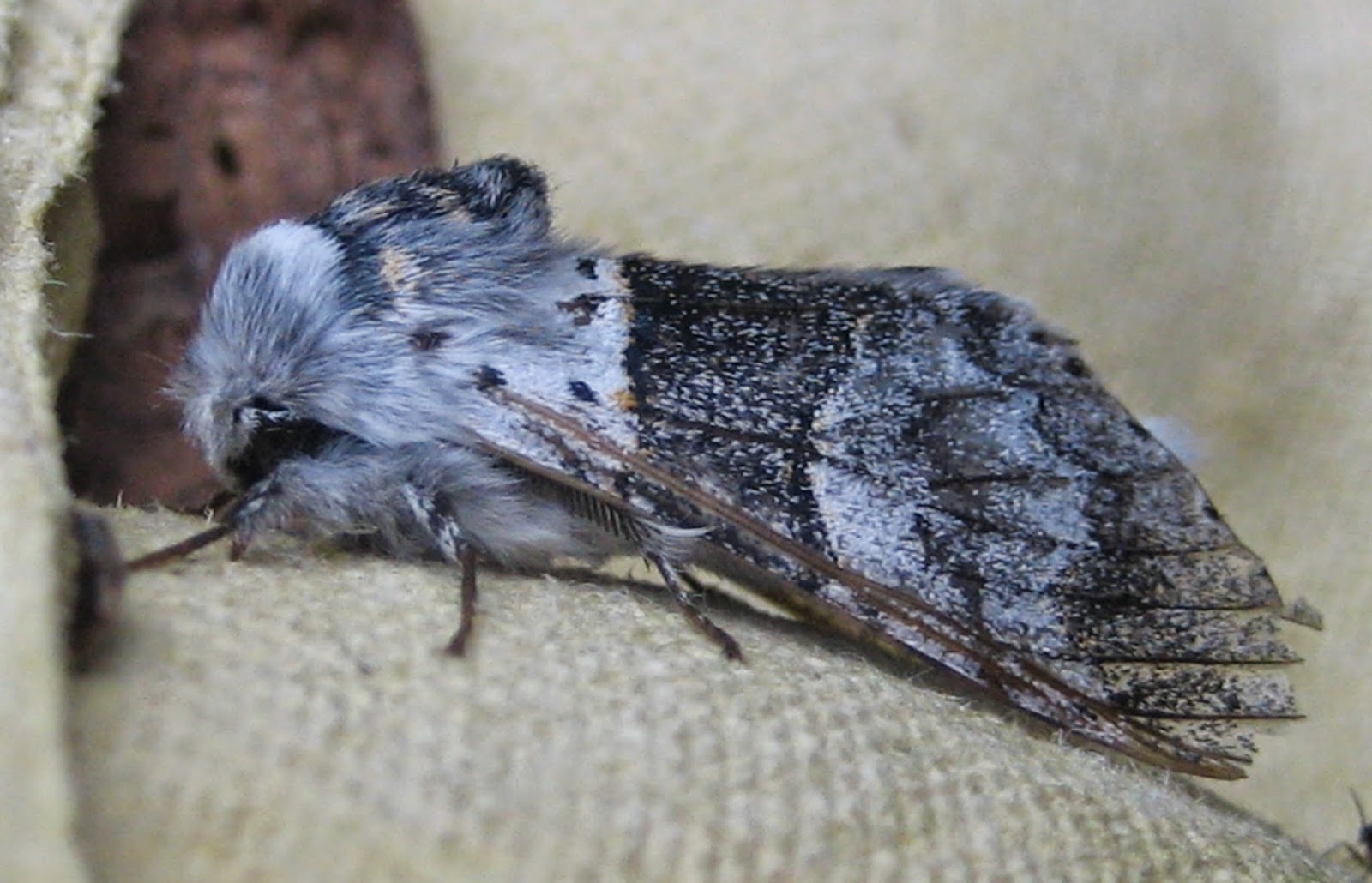 The fashion tastes of the next, very fine moth extend more to fur. Here is a Pale Tussock, showing its habit of resting with its front legs stretched out, like someone stretching before getting up and then finding themselves frozen in that position. 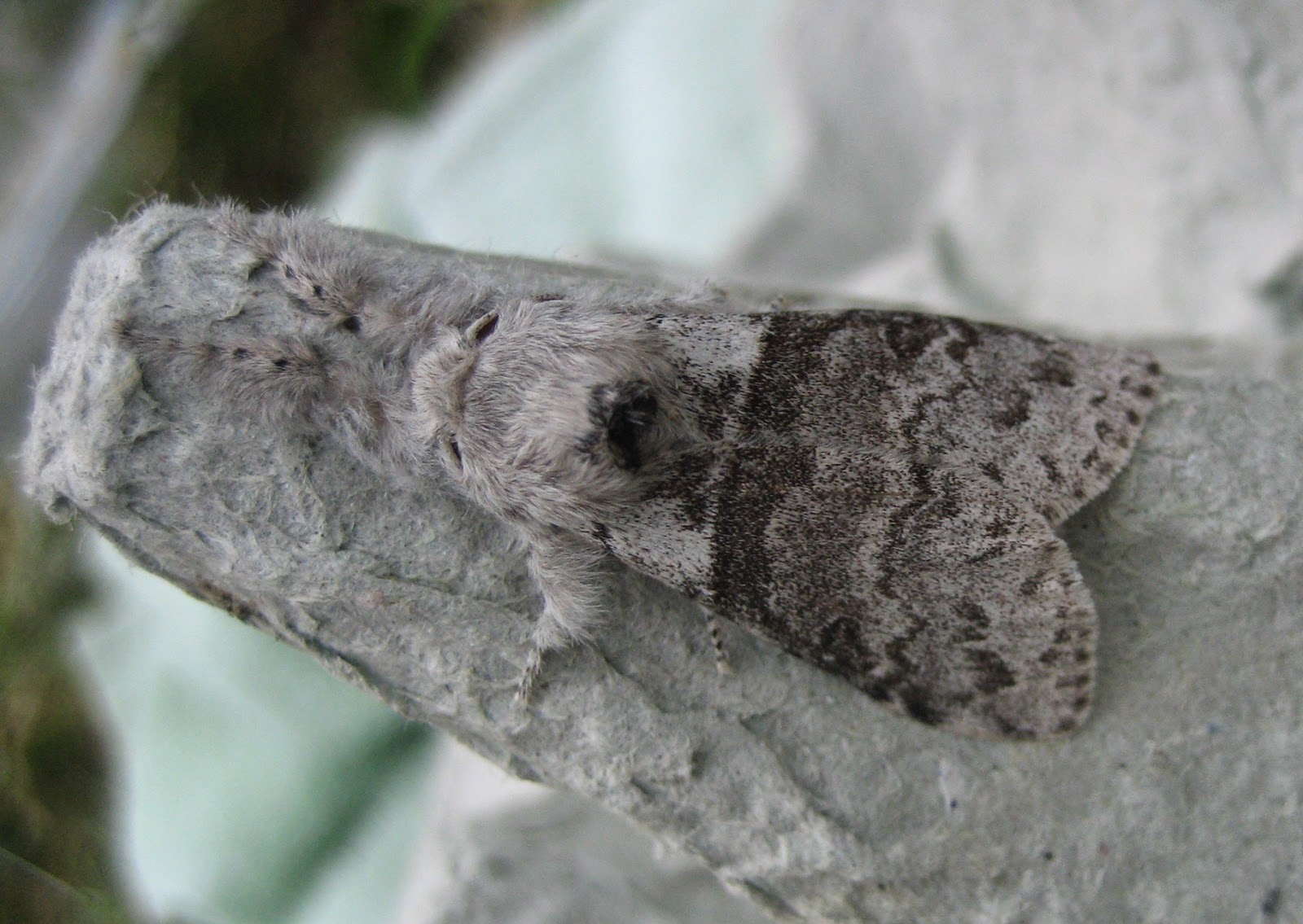 A smaller exponent of fur, or at least a woolly scarf, is the Marbled Brown below and then we get on to a couple of moths whose IDs may need help, to be certain, from one of my friendly expert commentors. 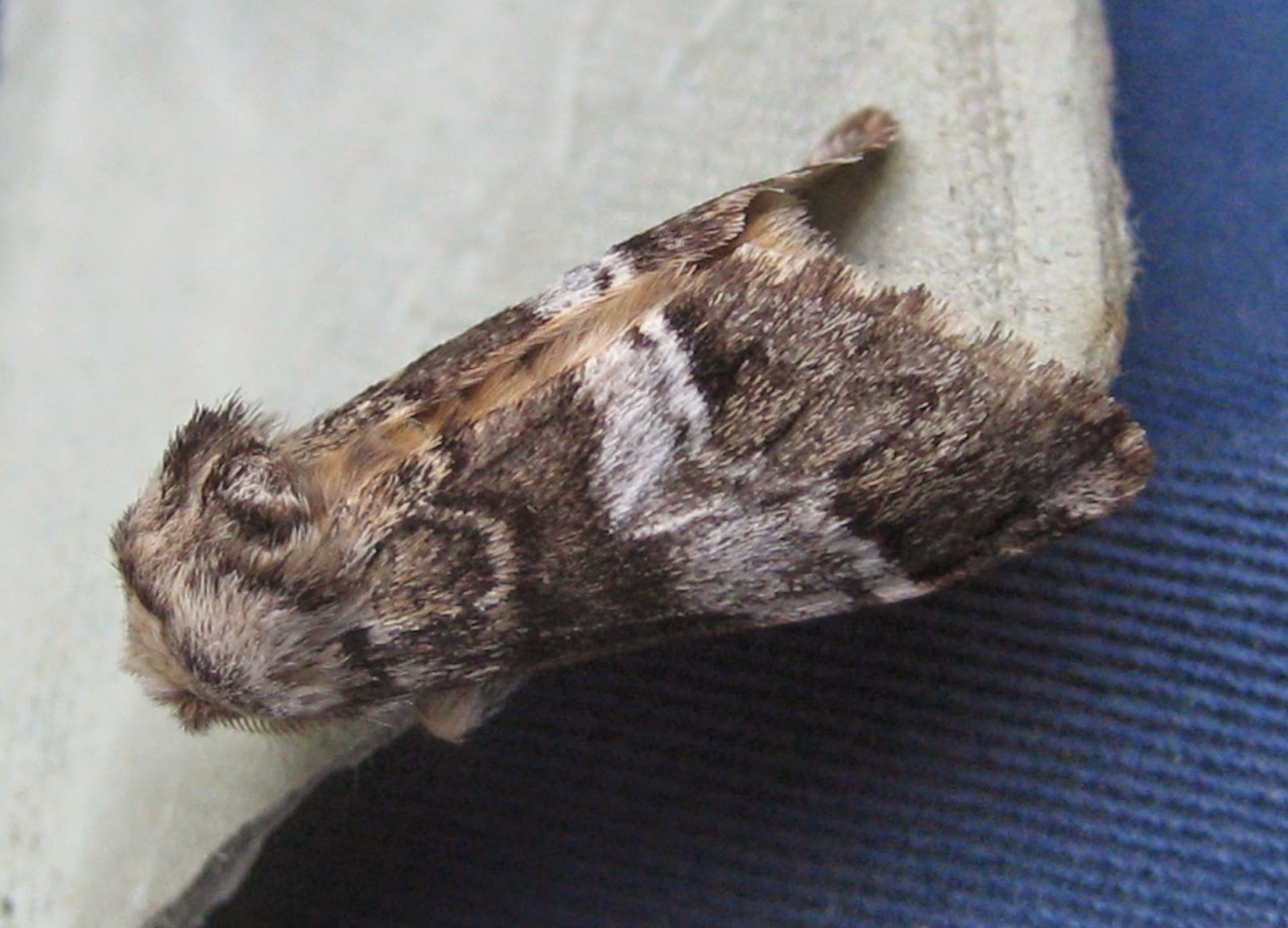 I think that these two are respectively a Knot Grass, with that distinctive sort-of V marking at the centre of the folded wings, and posssibly a Poplar Grey, although the second one may well be a second Knot Grass. Help much appreciated. 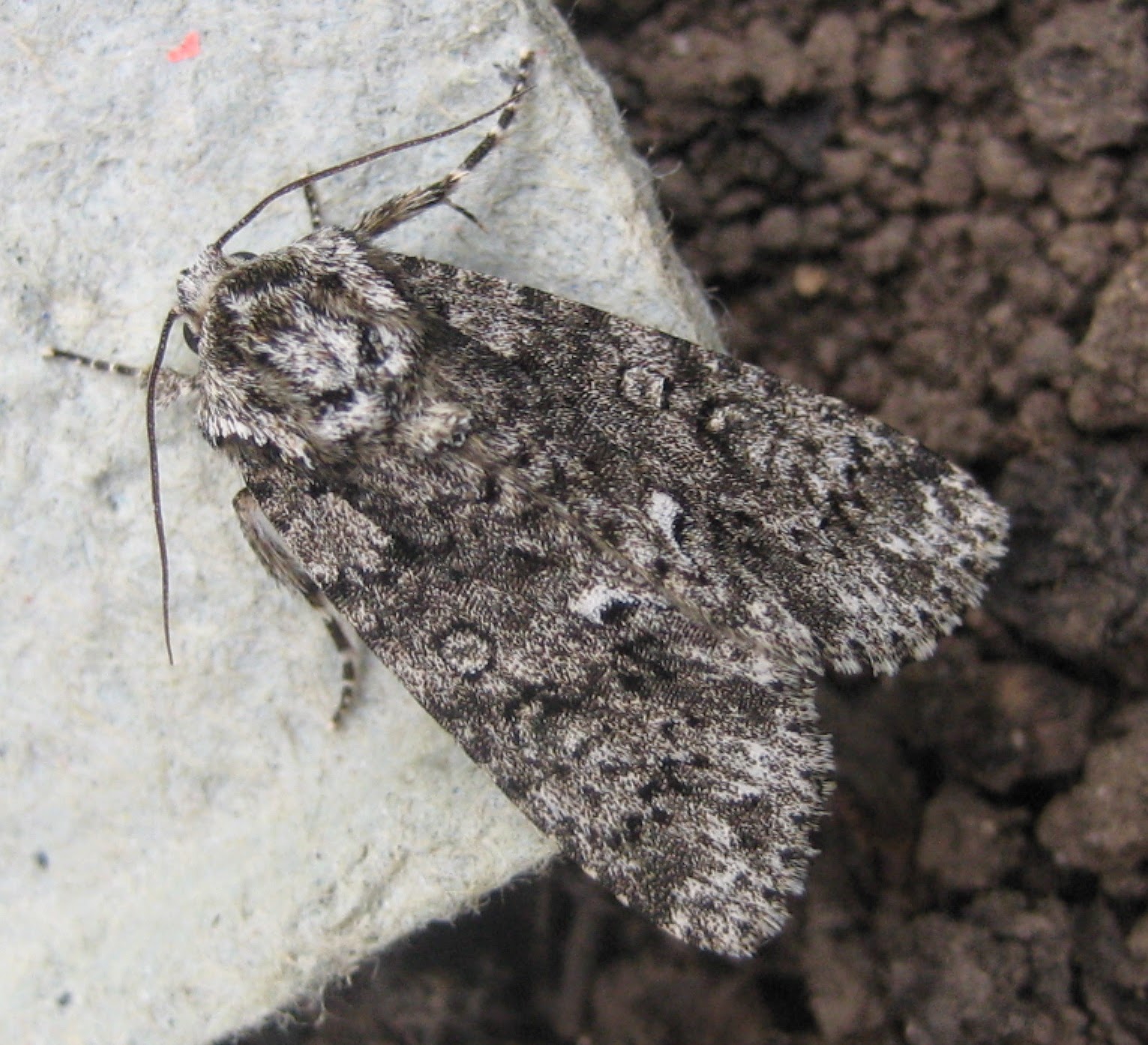 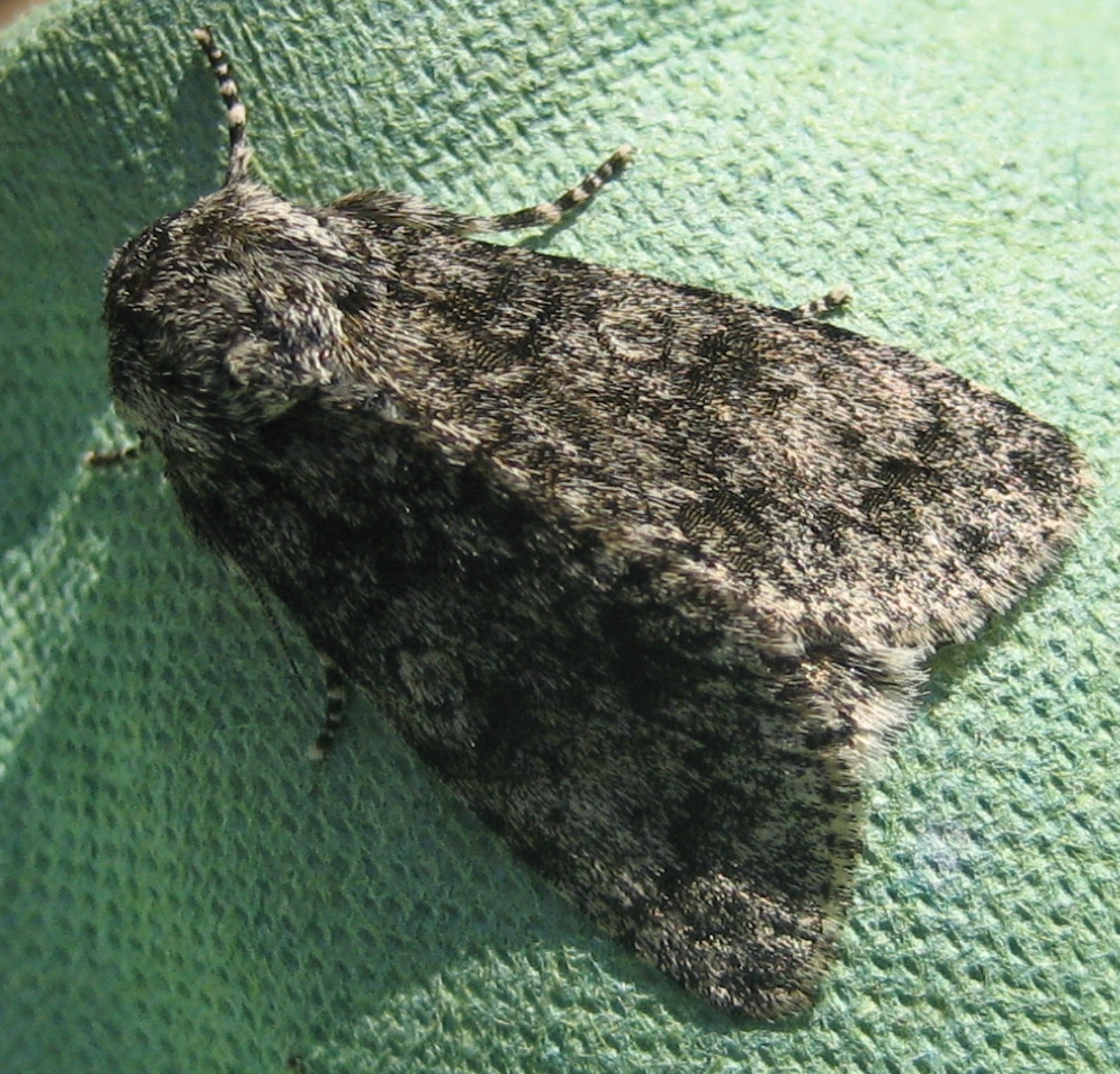 I am not finished yet - there are another ten or so to get on record, but your patience will be getting strained. So I will finish with a run of tiny micros, little morsels of moths which in many cases are scarecly a centimetre long. I don't have much to say about them (yet) because I am learning, but their names tend to be as long as they are short and so fill a fair amount of space.

Posted by Martin Wainwright at 07:40