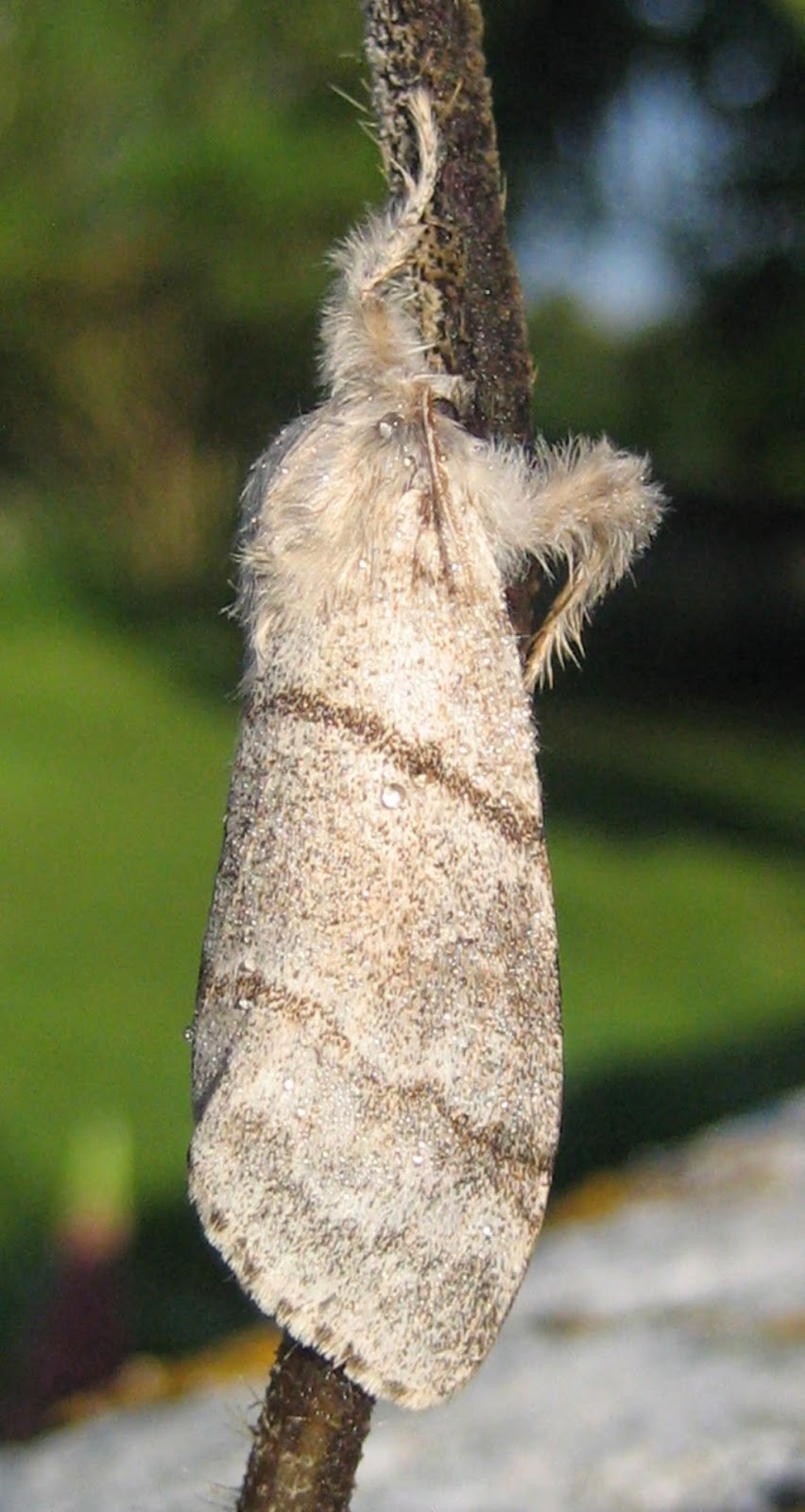 The trap is super-abundant at the moment, especially on warm nights such as the one which has just blessed us. Former treasures such as Elephant and Poplar Hawks are two-a-penny and Peppered moths, Pale Tussocks (the gentleman above) and all manner of smaller brethren come in flights. 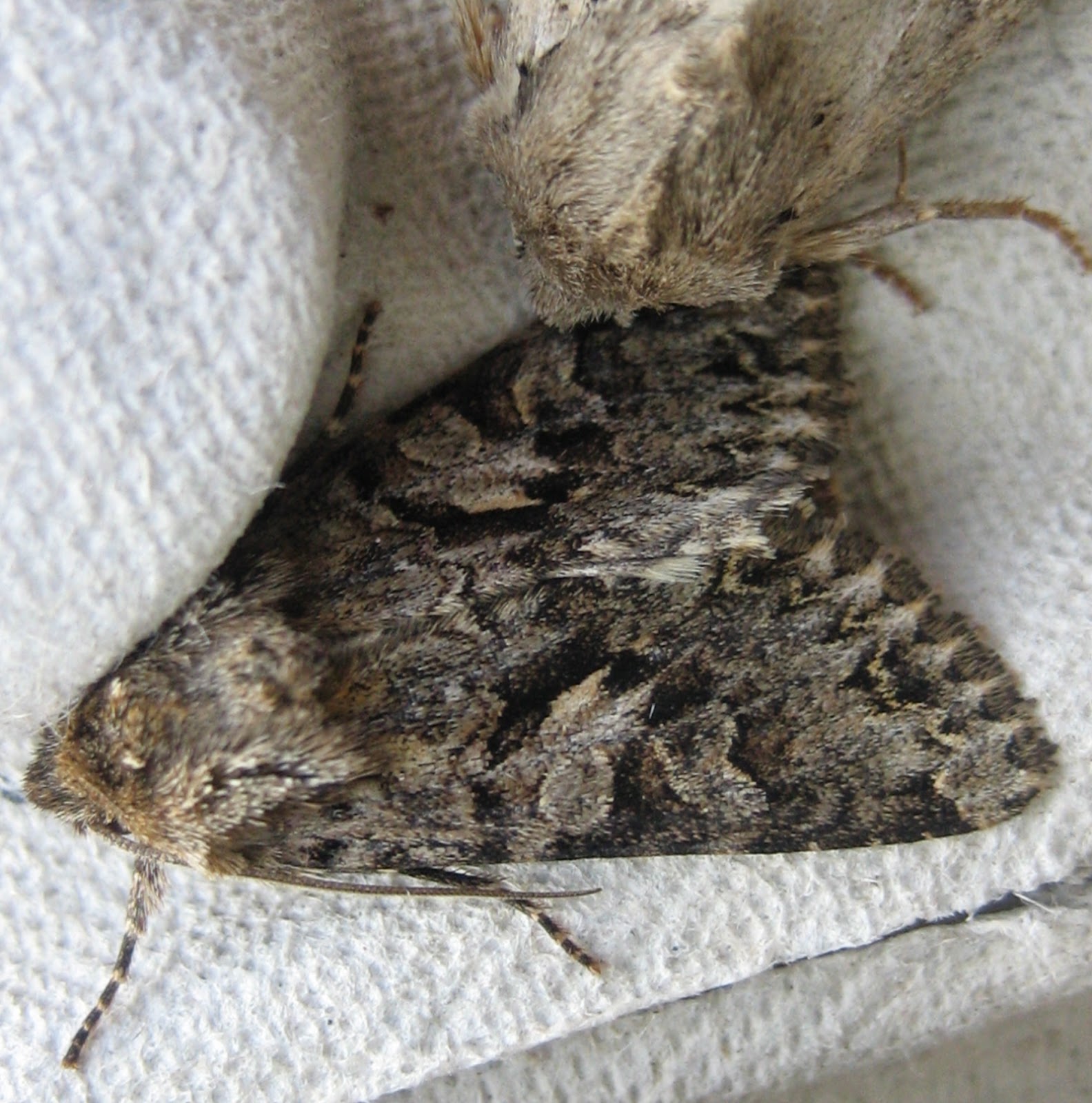 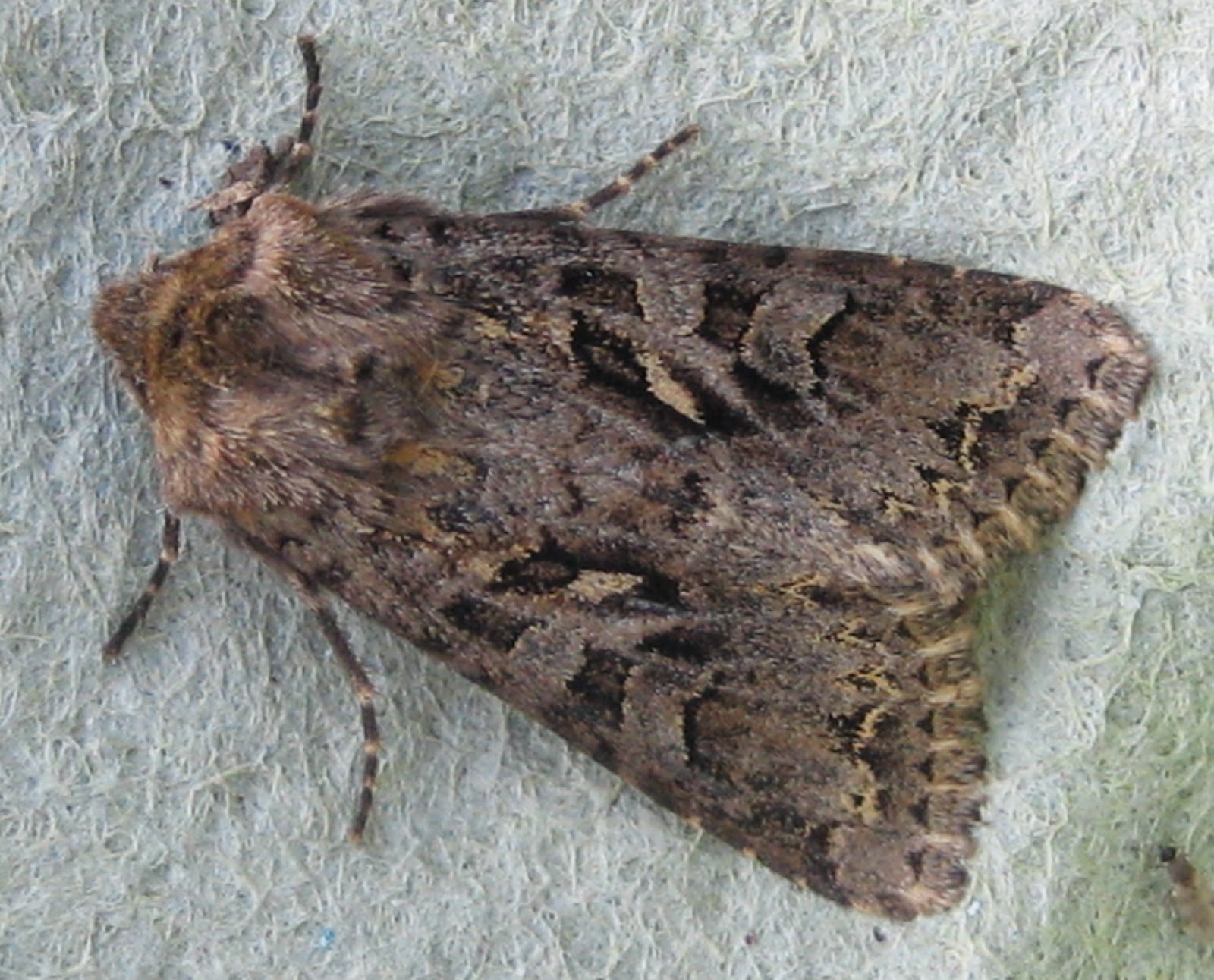 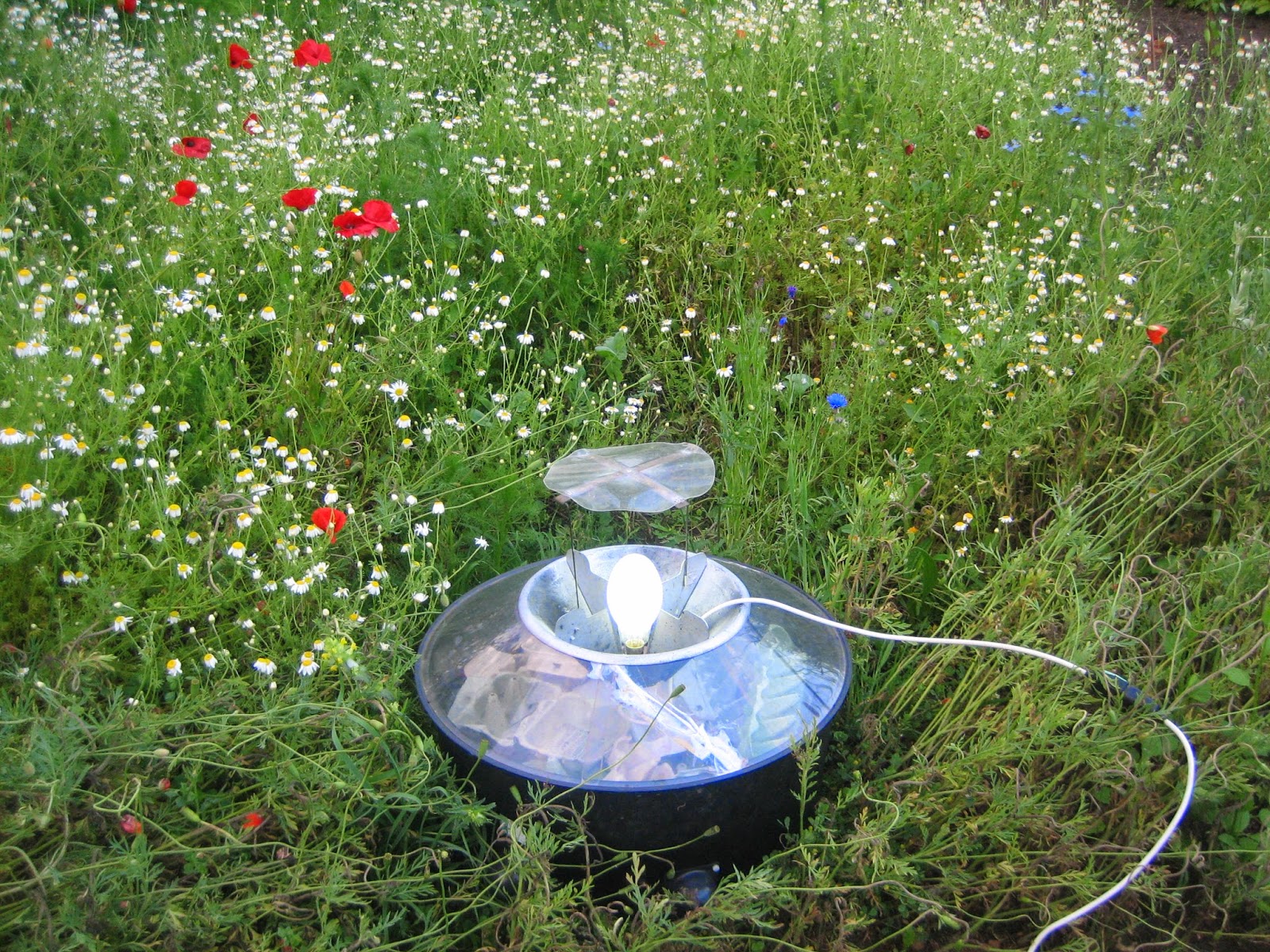 I'd put the trap on a patch of impromptu wildflower meadow which has suddenly sprouted after the rain on a bit of our veg garden where, too exhausted to grow further crops, we scattered random seeds accumulated during our years in Leeds. An interesting and appropriate moth in terms of gardening duly arrived: the Shears, whose little pairs of garden secateurs are clearly visible - I hope - in the pictures of two different specimens above. On the newcomer front, meanwhile, I had my first Mottled Beauty of the year, a big but delicate moth, dressed in the modest style of my late great-aunts. Here it is: 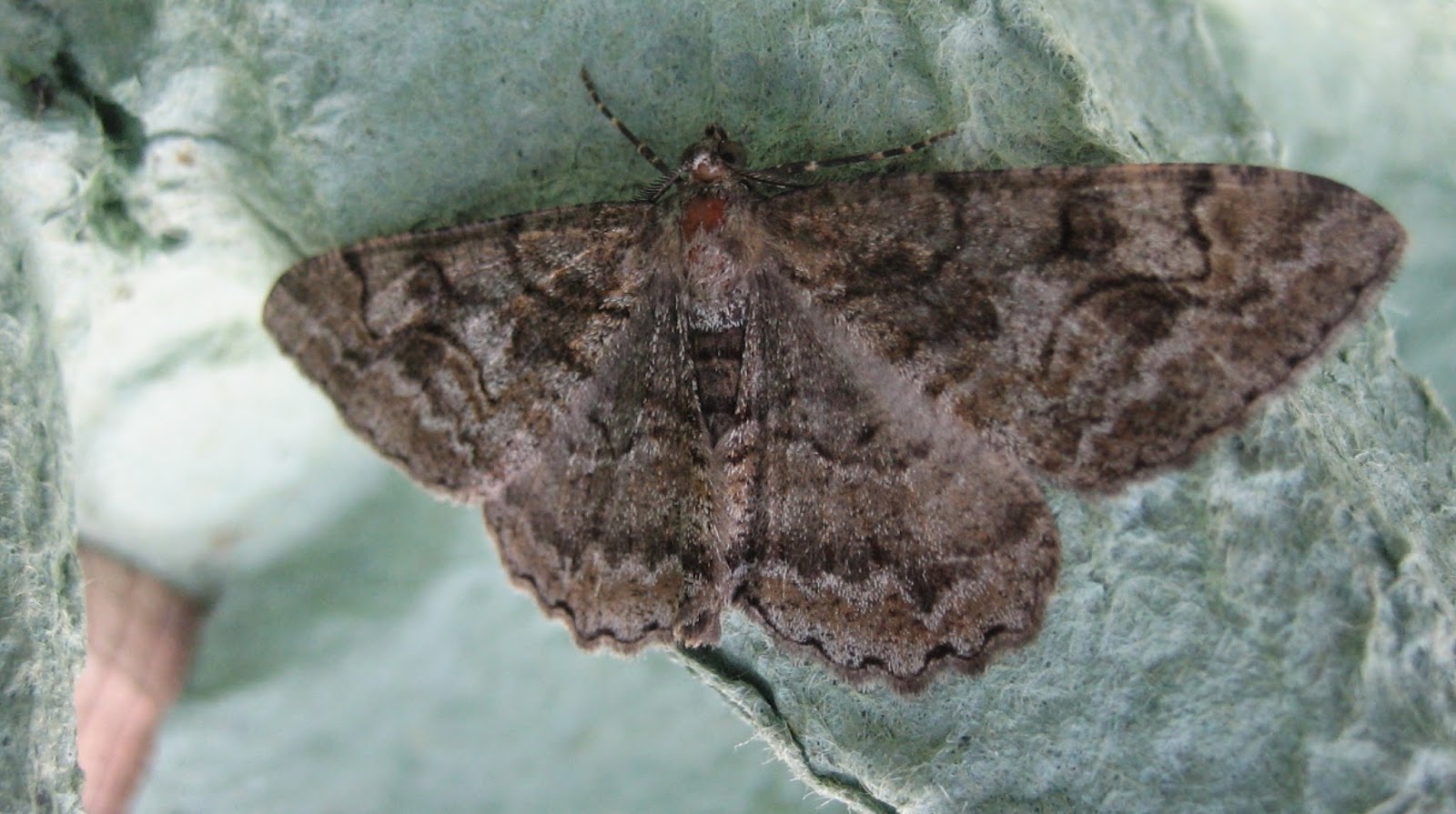 I am of course inundated with things I fail to recognise in spite of having trapped for all these years. There is something about a tweedy moth with kidney shapes that causes me to lose my reason and what cognitive powers I have left. Here is a selection for any passing kindly entomologist to ID if so inclined. 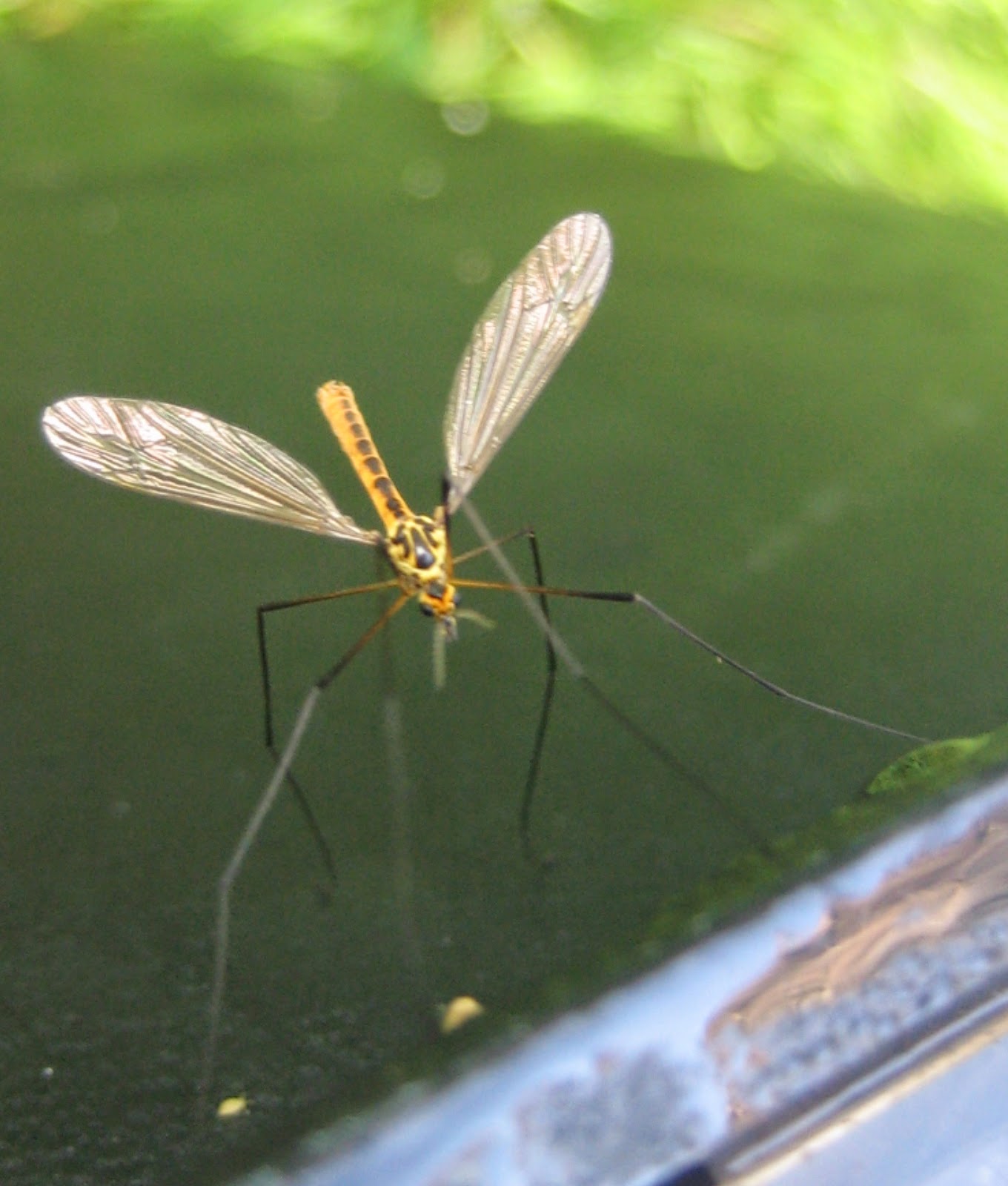 Moths are not the only visitors to the lamp. This waspish creature struck me as unusually delicate, perched outside the rim of the bowl. (Update: my expert relative Martin Skirrow, whose trapping area straddles a county boundary and thus contributes to two major lists, tells me this is a Tiger Crane-fly from the genus Nephrotoma - many thanks M!) Thinking of the way insects position themselves, it is always interesting to find one disobeying the usually strictly-observed norm. That is the case with this character below: he's a Flame moth, a species which almost always rests with its wings wrapped tight, as in the second picture. The third shows his or her attractively yellow face. 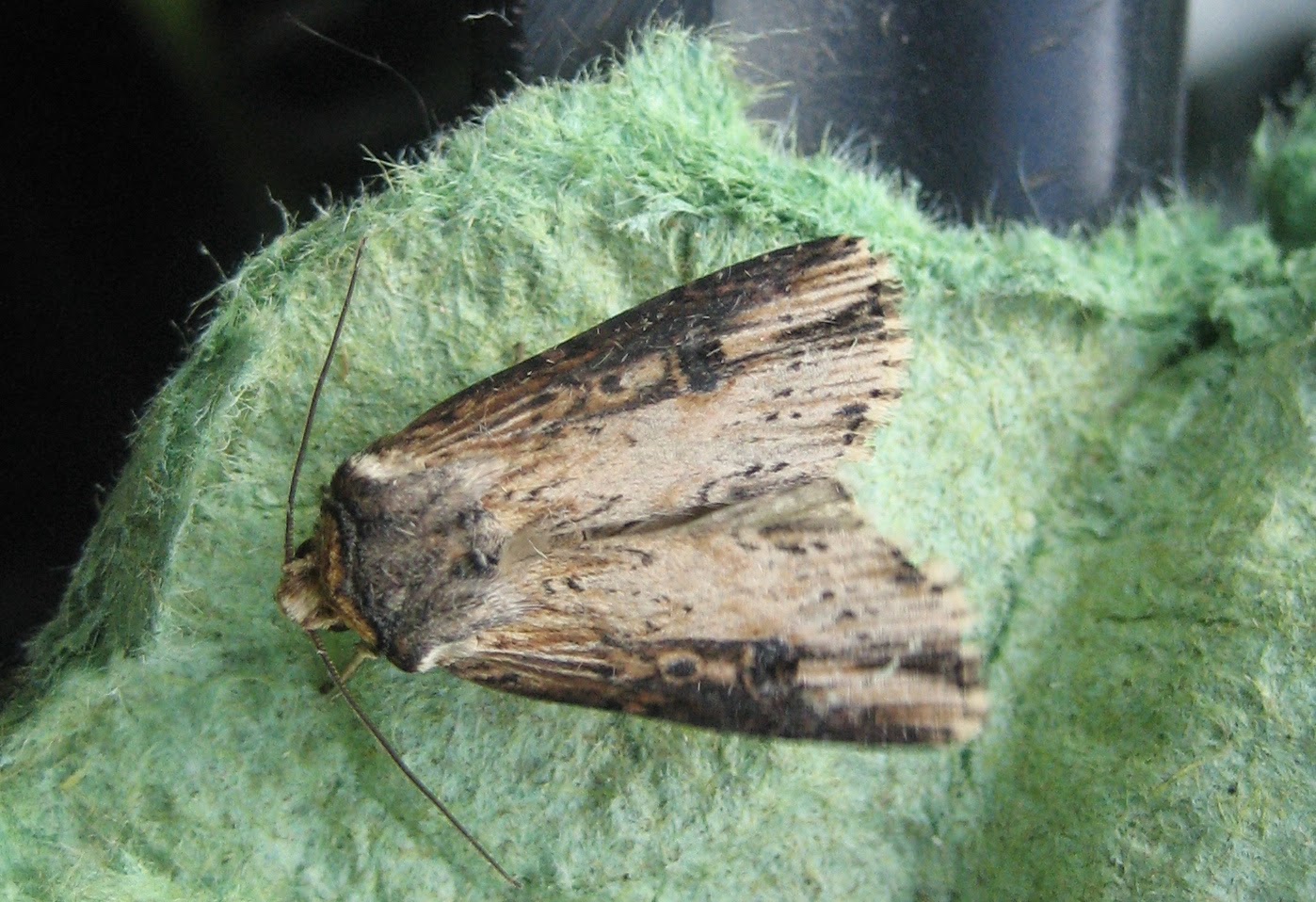 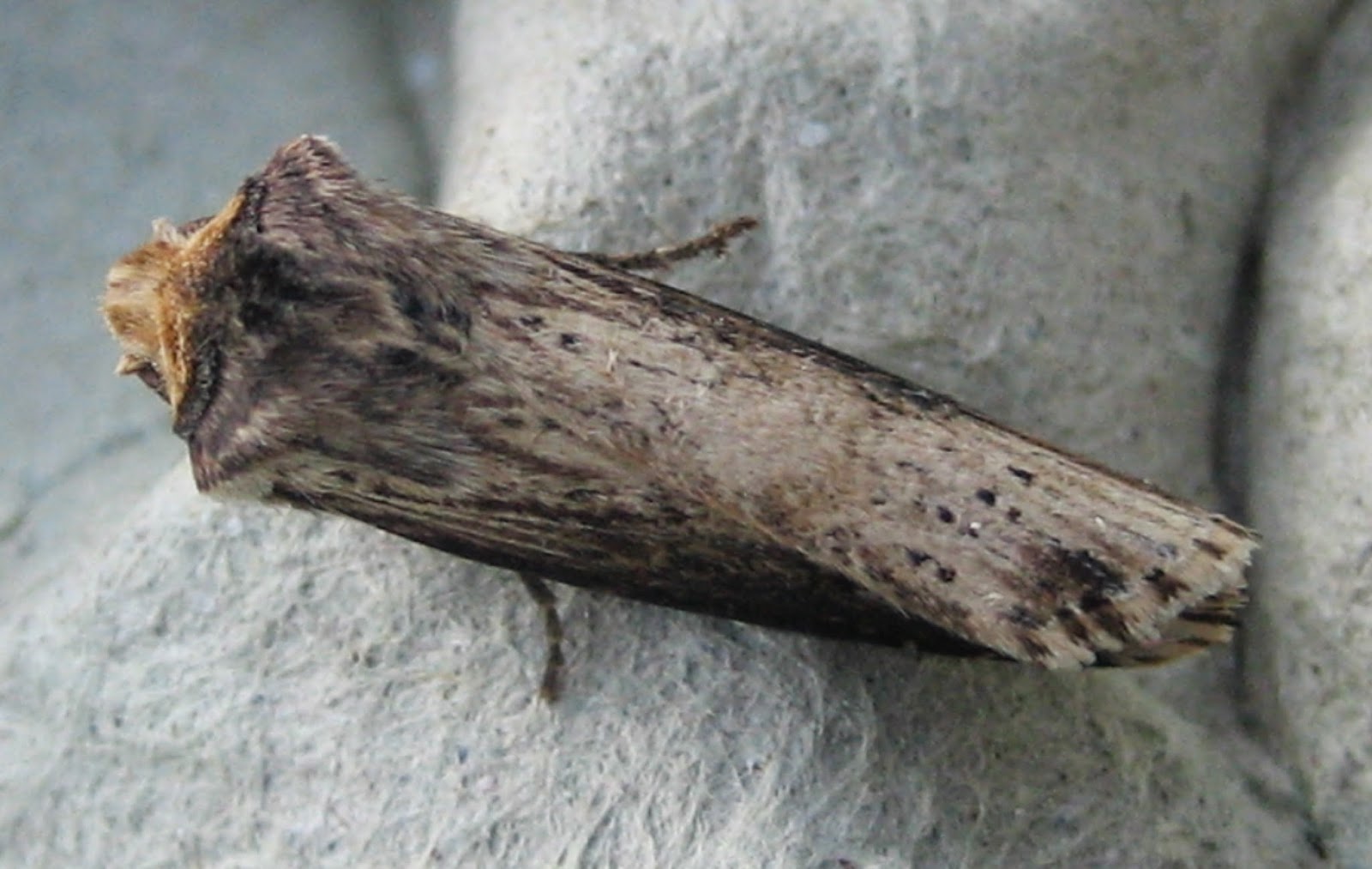 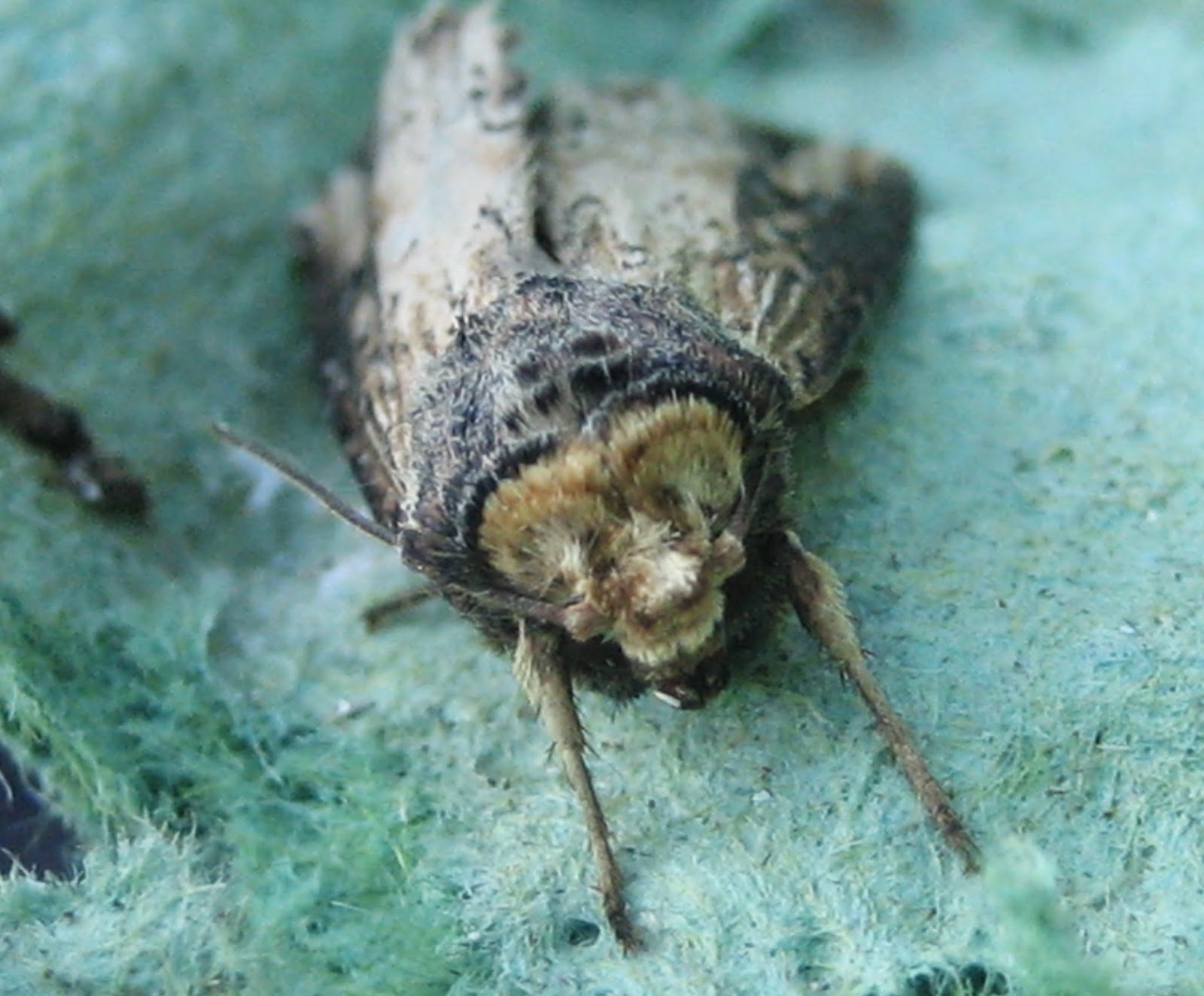 Finally, just to illustrate yet again the endless variety of my nocturnal visitors, here is a Pale Prominent, that weird, flake-shaped character who has been around for a couple of months now, escorted by two Spectacles: 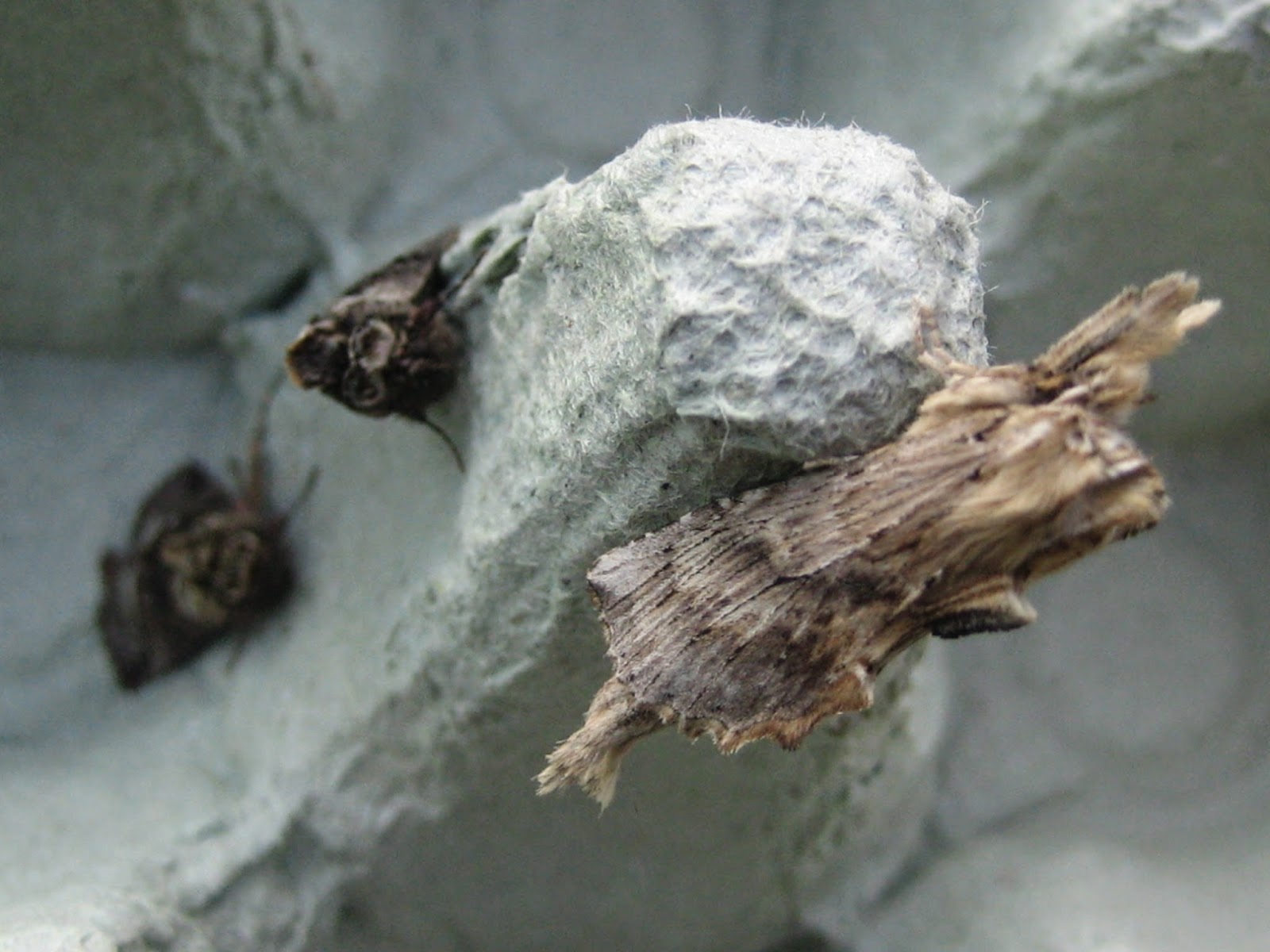 Posted by Martin Wainwright at 09:42