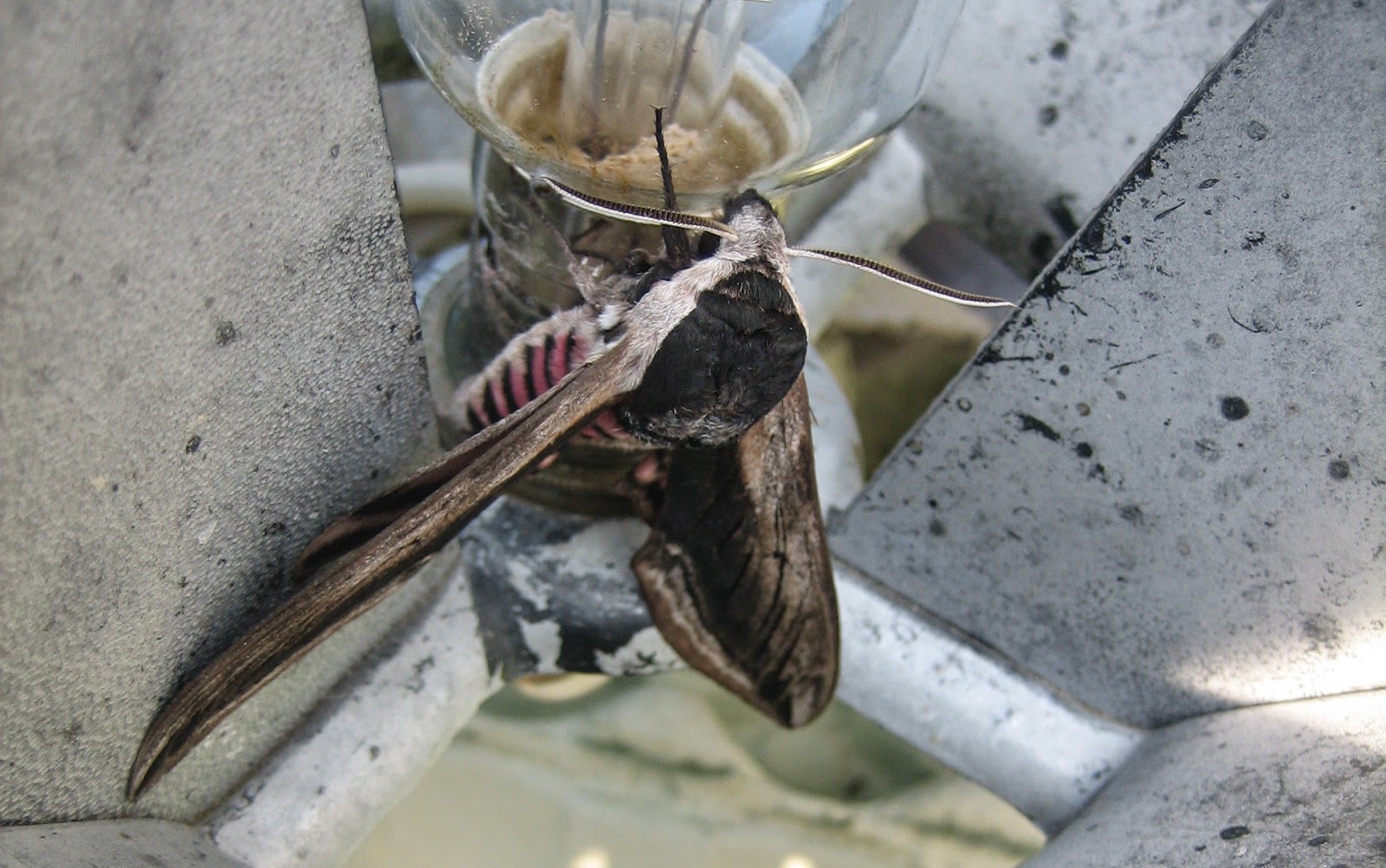 Yippee it's my birthday! And although human celebrations are slightly on hold because we have a young Ukrainian student staying for the weekend and he is top priority, the moth world has marked the day in style.

Behold! a handsome Privet Hawk Moth, my first of the year and one of the bonuses of moving that little bit closer to the Equator. I first encountered this mighty moth, the third largest in the UK after the very rare Death's Head an Convolvulus Hawks, last year when quite a few turned up, but not until 22 June. So we're over a month earlier in 2014.  Let's hope for more as this wonderful sunny spell continues. 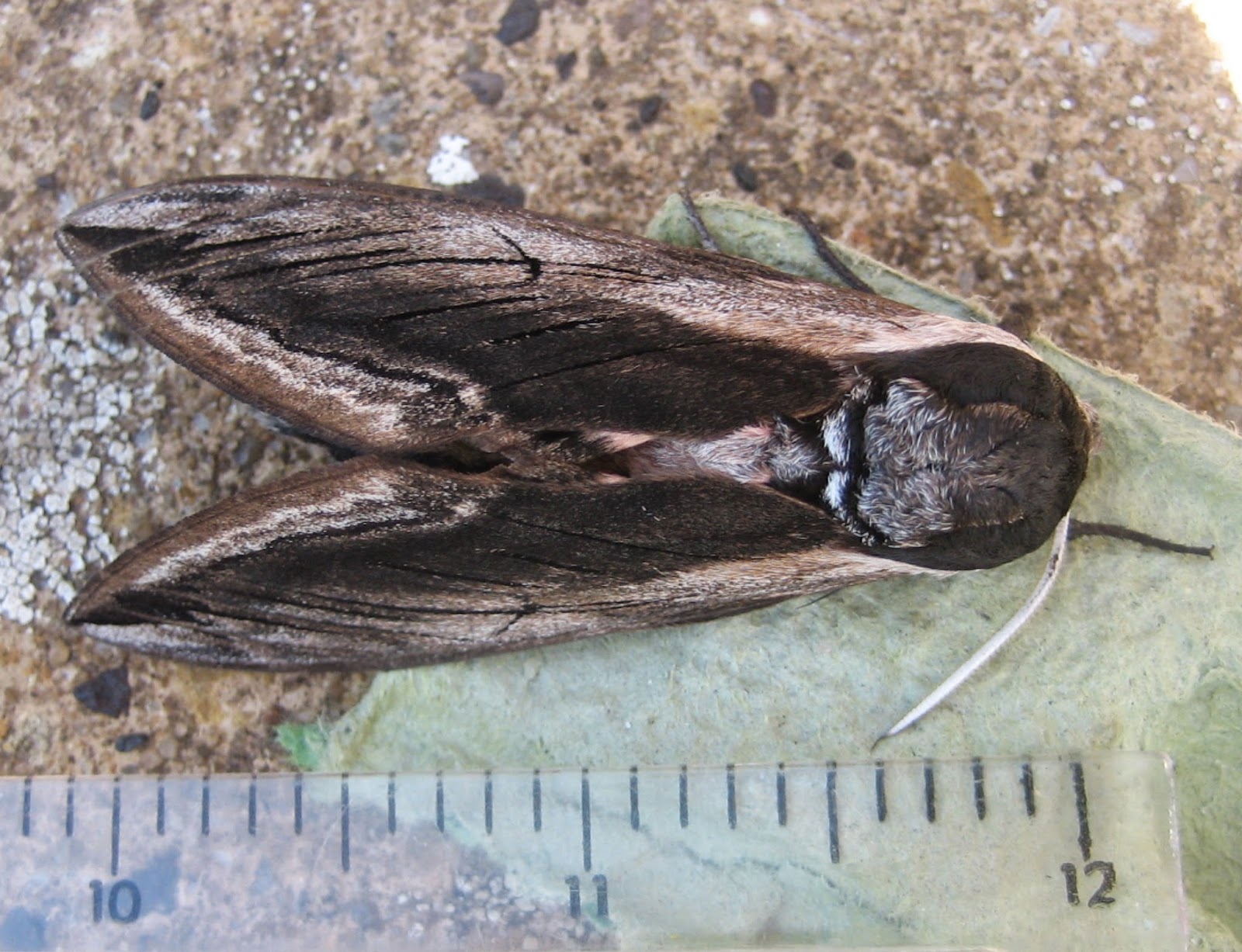 Secondly, I checked out the Emperor Moth eggs and - behold again! - they have chosen my birthday to hatch. The experts say that I may get weary of cutting hawthorn for them to gobble and gobble like The Very Hungry Caterpillar, but I face the task with a cheerful heart. We nearly had one of those birthday disasters when I jogged them and they almost fell into the wshing up. Mind you, they would have floated in their Tupperware box, like a single-species version of Noah's Ark. 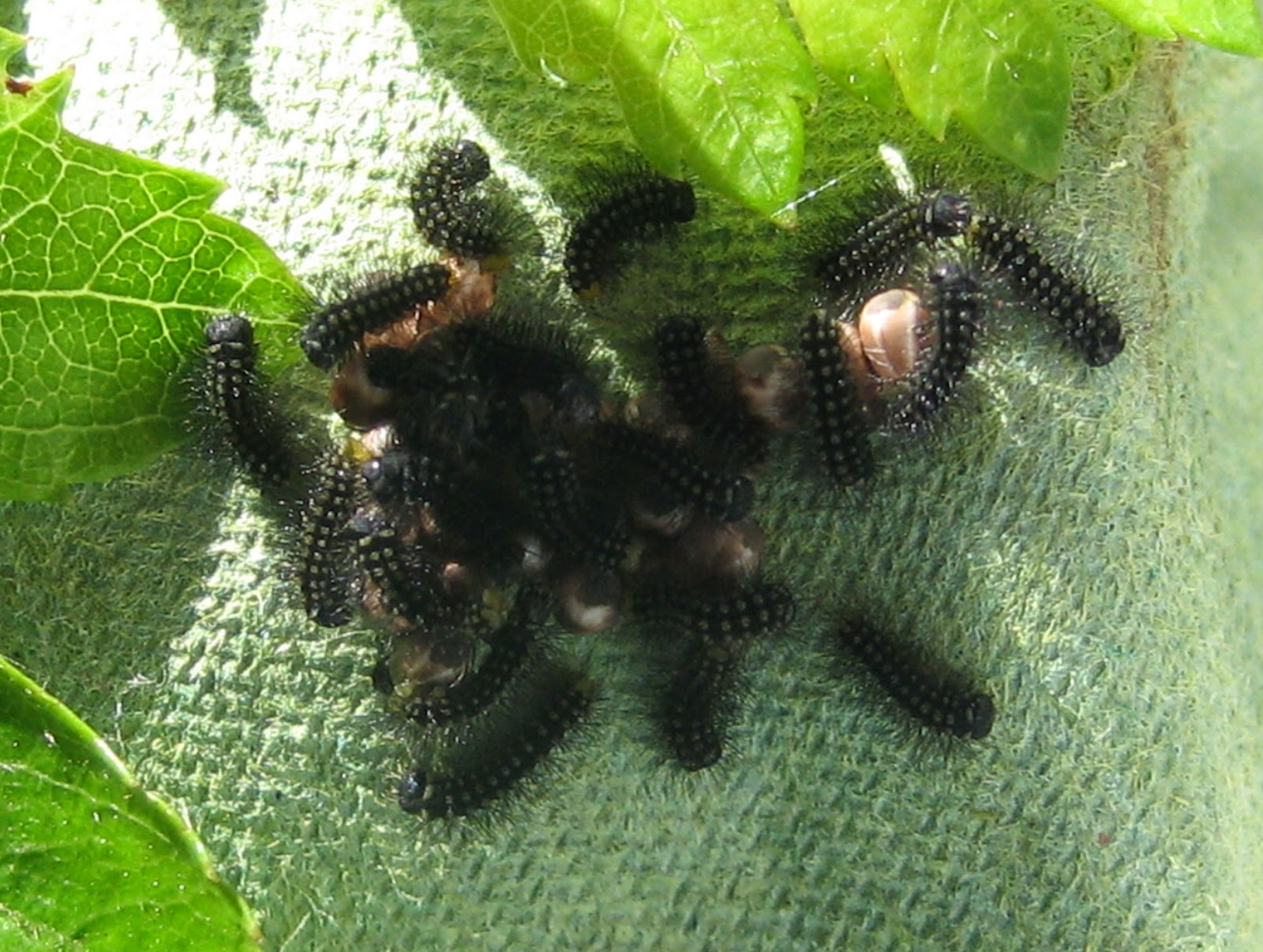 I hope you're also enjoying the quite sensational weather which I have brought to the UK to mark my big day. The only disadvantage is that I don't want to be stuck inside in front of the computer, so my backlog of other interesting moths is getting hefty. More soon...
Posted by Martin Wainwright at 15:48

Great post Martin.
Nt had a Privet yet, but after Poplar's, Lime and Eyed it can't be far away this year now.

Aww they are so cute those Caterpillars, mine are growing fast and already in to their scond instar.
Out of 16 only 5 have survived though, maybe it has been a little hot in a tupperware container? And yes they munch leaves as fast as my Bramble keeps supplying fresh leaves!
Good luck with them.
All the best now.
Ben

Hi there Ben! Many apologies for the delay - there's just been an avalanche of moths. Thank goodness it's started to rain a bit, tough I shouldn't say that really Still, it IS good for the garden. My catties seem to be staying the course so far. I'm using hawthorn of which there's tons round here. I tried bramble as well but I think they've got hawthorn-hooked.

Good luck with your intrepid five!

All warmest as ever