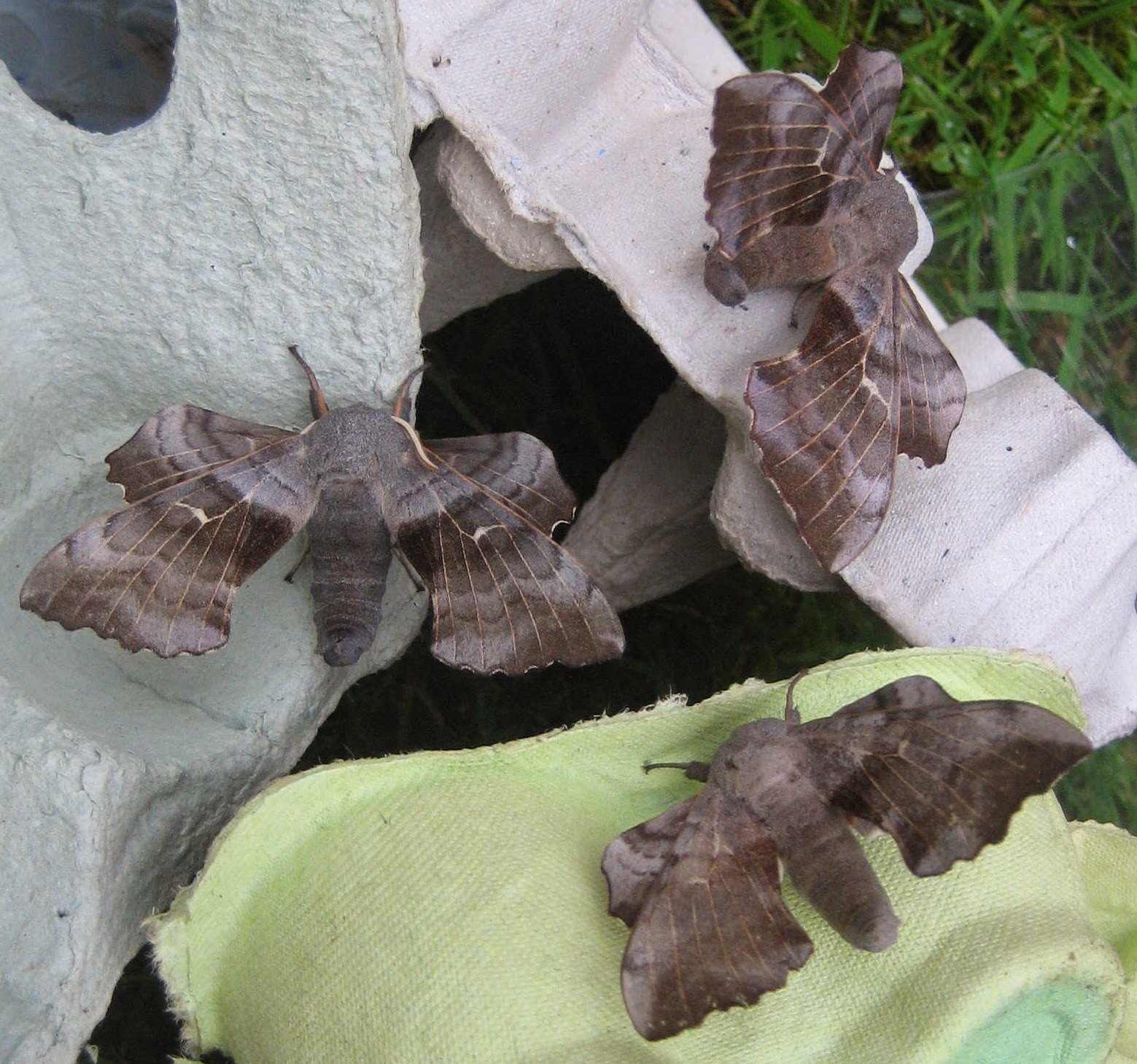 Everything is earlier this year in the UK moth world and last night the hawk moths showed that they are no exception. Much the biggest of our moth families, they are always a pleasure to see among the eggboxes, each with its own additional attributes to mere size. In the case of these Poplar Hawks, it's partly their unique resting position with the forewings drawn back until they are actually behind the leading edge of the hindwing. There's also a certain Farrer & Ball tastefulness to their grey, especially when combined with a glimpse of the maroon patch on their hindwings.


I saw that when I carefully decanted them into a bush out of reach of the birds but it was too gloomy to try to get a photograph. There are plenty back on the blog if you have lots of spare time to trawl. I'll have another go in the next few weeks because Poplars are bound to be back.

We got back late last night from a stunning live cinema-cast of the National Theatre's latest King Lear and I didn't light the lamp until 11.30pm. So these are late flyers and also large and energetic enough to tolerate the colder watches of the night.  Meanwhile Gloucester's famous lines:

As flies to wanton boys are we to the gods;
They kill us for their sport

reminds me that we must maintain our watch and counter-attack against the horrible Blandford Fly. Apologies to dipterists of a humane disposition.

Posted by Martin Wainwright at 08:35

Excellent! I can't wait for the Hawks to start arriving here...
Just back from a study tour in Dartmoor where I saw a Muslin moth and an Emperor moth for the first time. Very chuffed :-)

Those poplar hawks are amazing in their structure. Do they have eyes on the hindwings?

Hi both and sorry for the delay. Great about your Emperor. To my astonishment, I've just had one in the trap here and she has left me with a nice clutch of eggs.

Katie - No, it's the Eyed Hawk which has the eyes - nice and blue too. The Poplars have a wonderfully distinctive way of holding their wings.