My moth and my knee 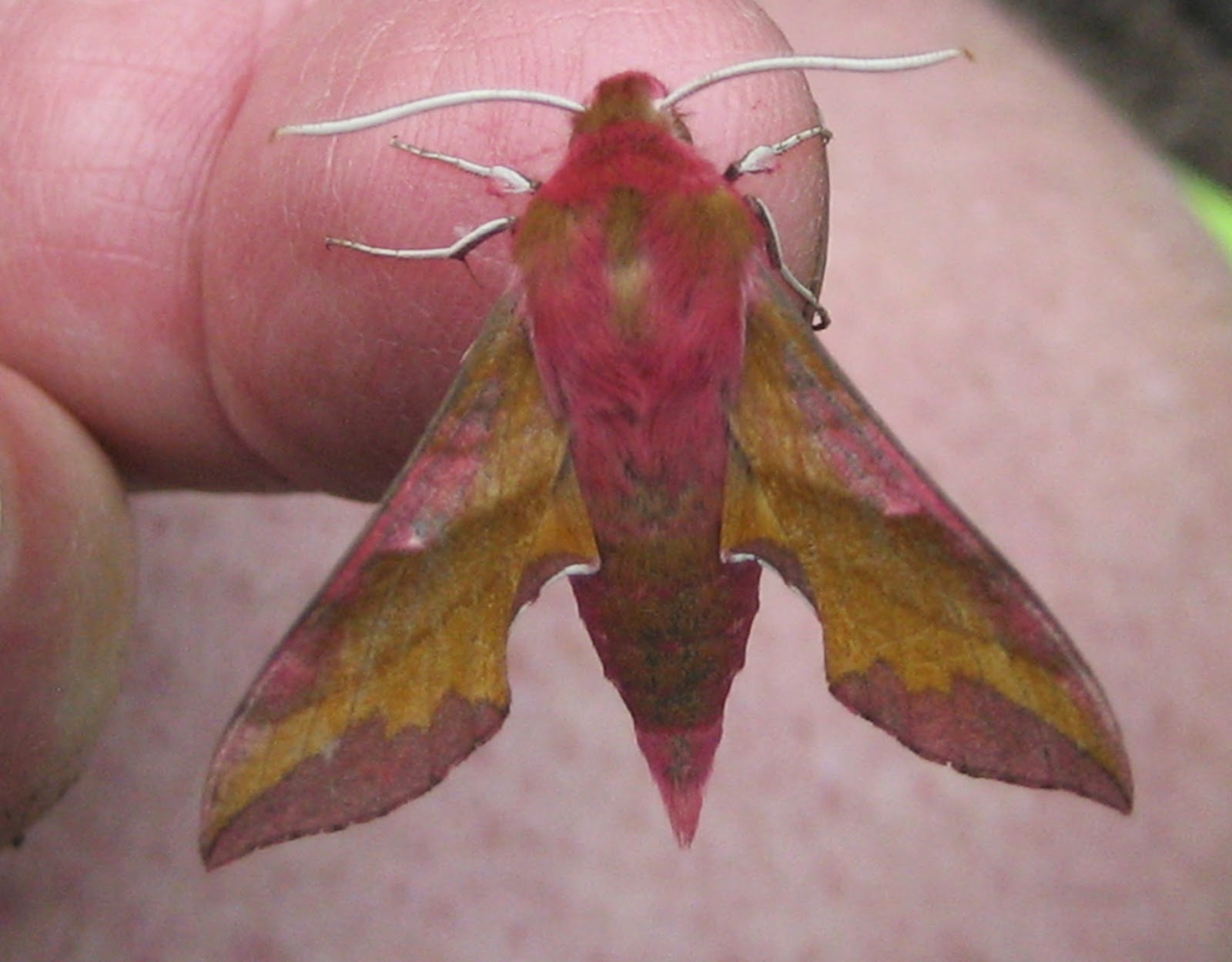 Many years ago when I was young, there was a film called 'Claire's Knee' which I never saw but liked the sound of. It was a time of unusual and strangely attractive film names. Another famous one, which I did see and enjoy, was called 'The Discreet Charm of the Bourgeoisie'. 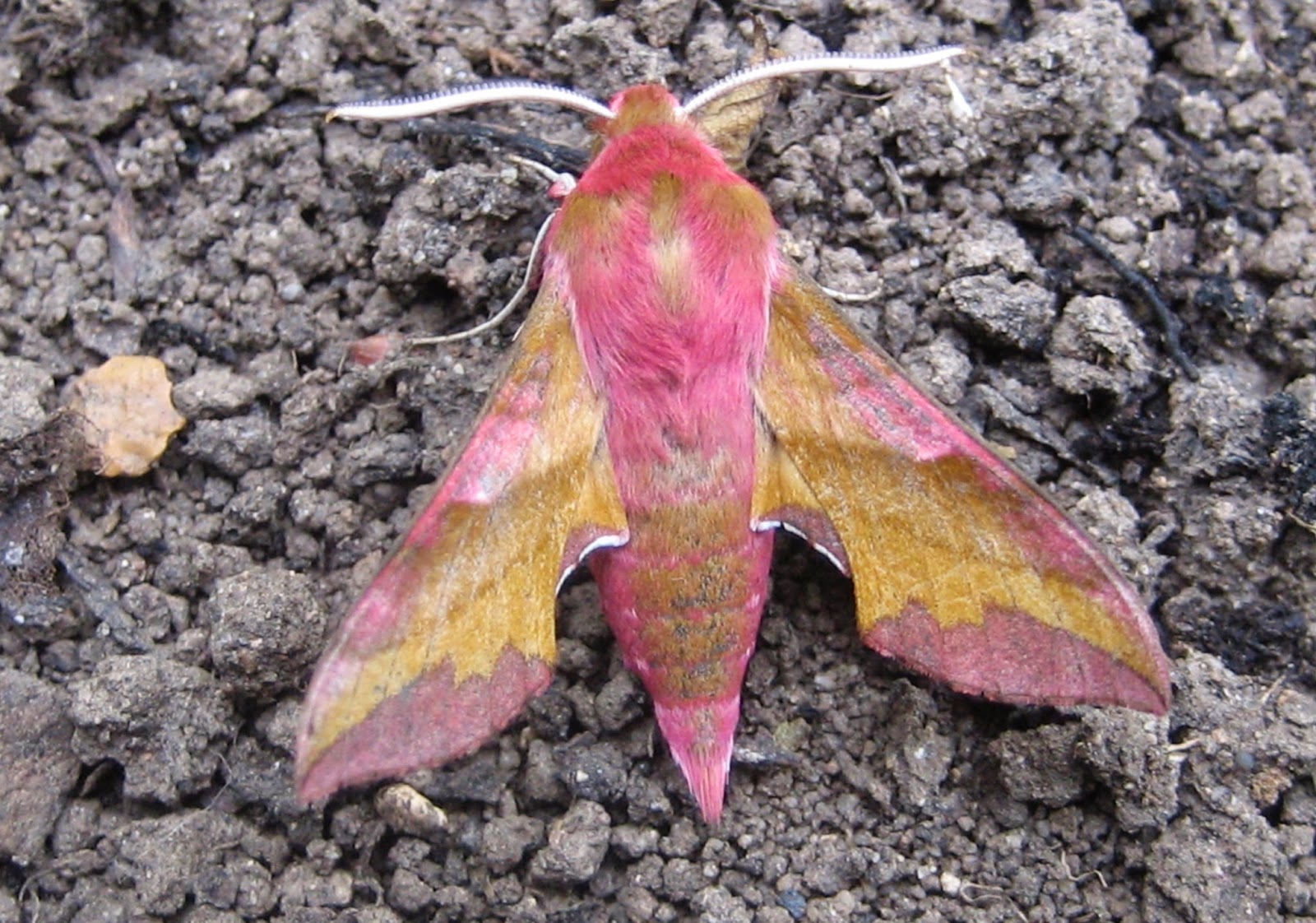 I tell you this because my own knee, or part of it, features in today's post because it was the most convenient bit of pink background (along with one of my shapely fingers) for this lovely pink moth: the Small Elephant Hawk. This is a rarer relation of the Elephant Hawk, a neat little cousin which looks like a training fighter plane compared with the real grown-up thing.  My friendship with both varieties goes back to the dawn of time, when the kindly Curator of Natural History at Leeds City Museum, John Armitage, encouraged me and my brother to look for their caterpillars on the clumps of Rosebay Willowherb which fringe the city's ring road in Meanwood and Adel. 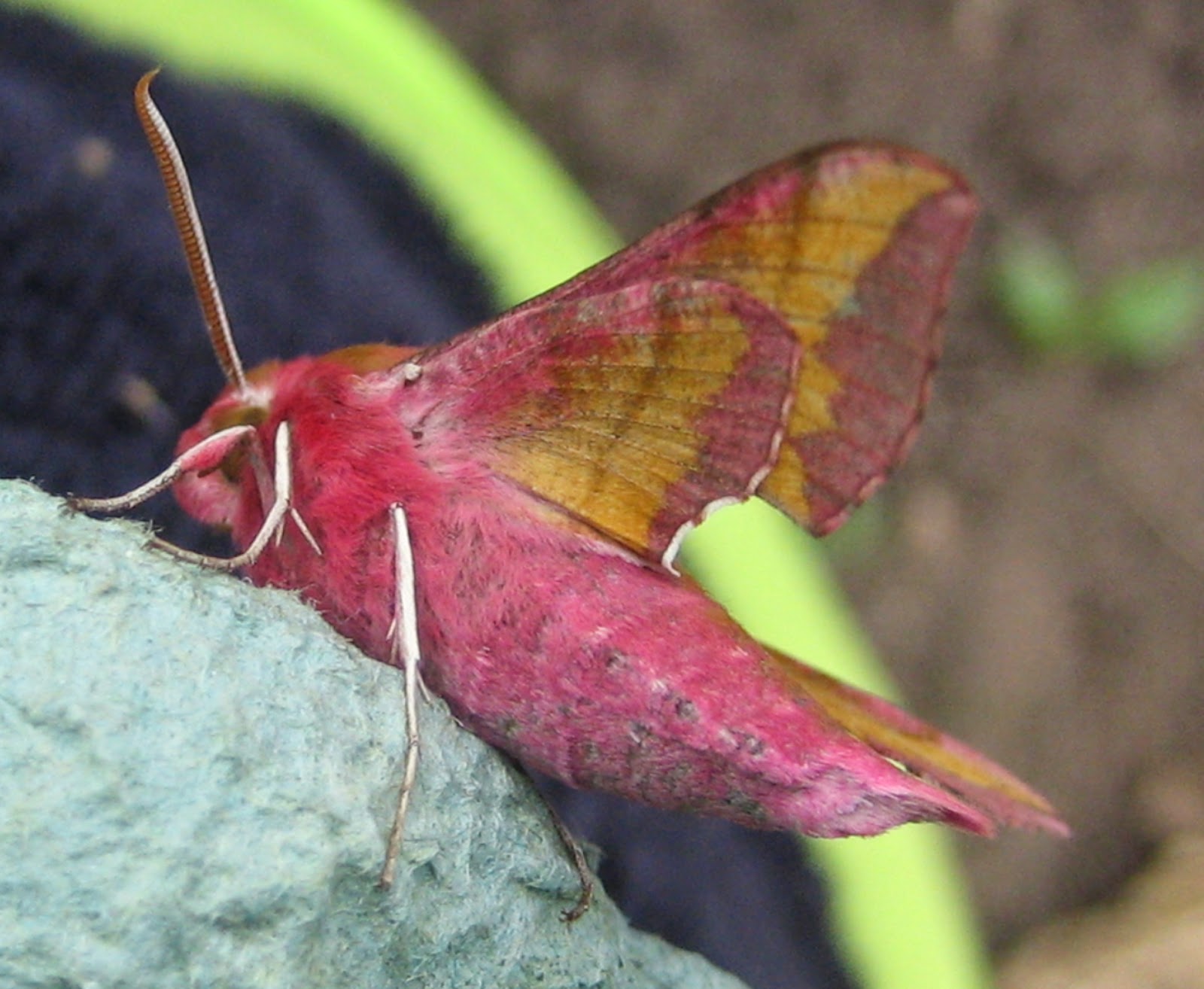 This was a comparatively rare example of an adult telling a child something which turned out to be exactly right. 'Seek and ye shall find,' said John in effect. We did and did. The caterpillar is worth finding too, for its uncanny resemblance to an elephant's trunk. This accounts for the moths' names, rather than an association with the pink elephants which we are supposed to see when drunk. 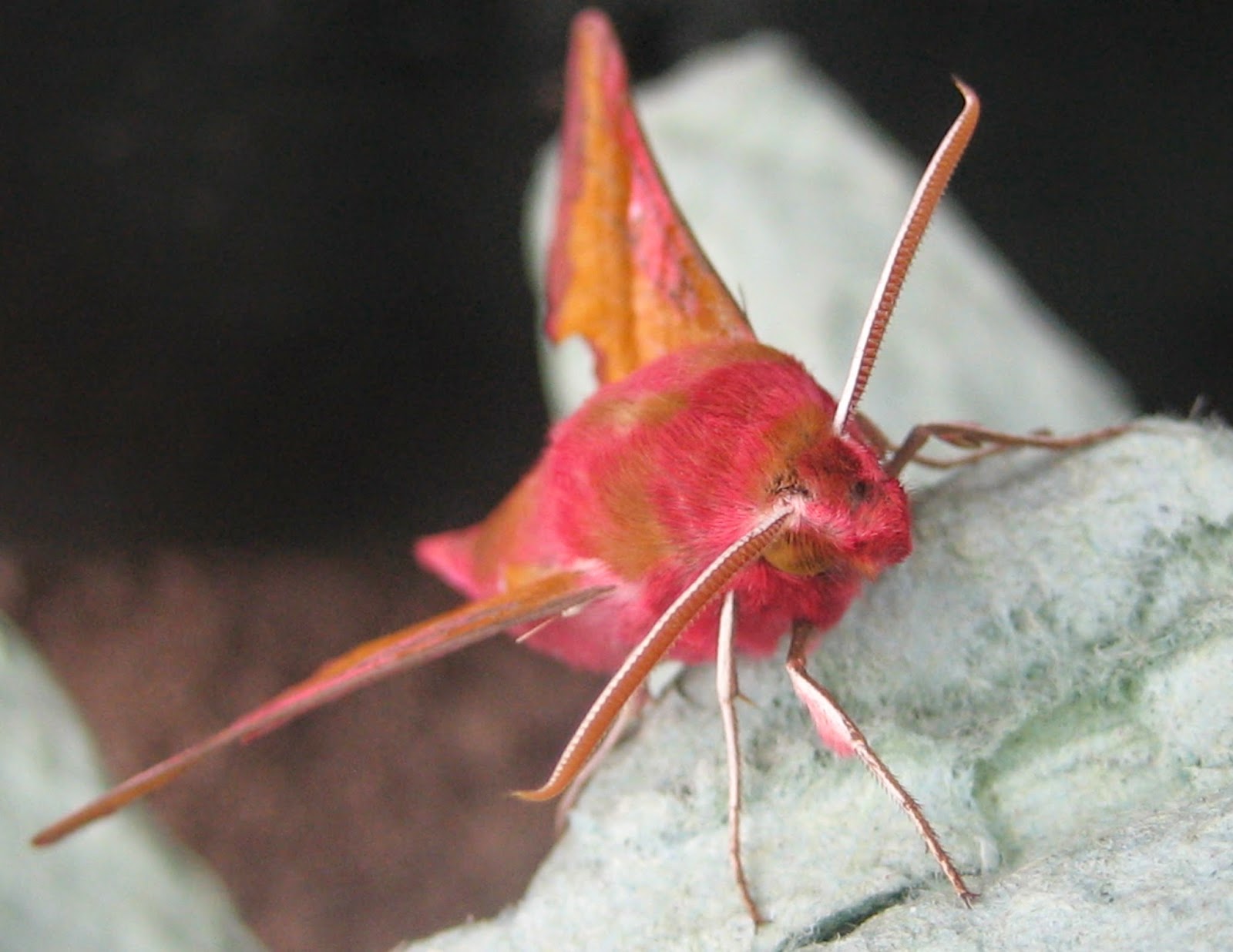 Posted by Martin Wainwright at 08:19

Dear Martin, Wonderful blog! I have been trying to find out more about John Armitage. I grew up in N Leeds and spent most of my time in Adel Woods, Adel Dam and along the Meanwood Valley. As the youngest member of the club, I used to meet him regularly on Monday evenings at Leeds Nats and see his beautiful artwork, often of fungi. I know his papers are archived. Is anything available online? Thank you! Chris Sharpe