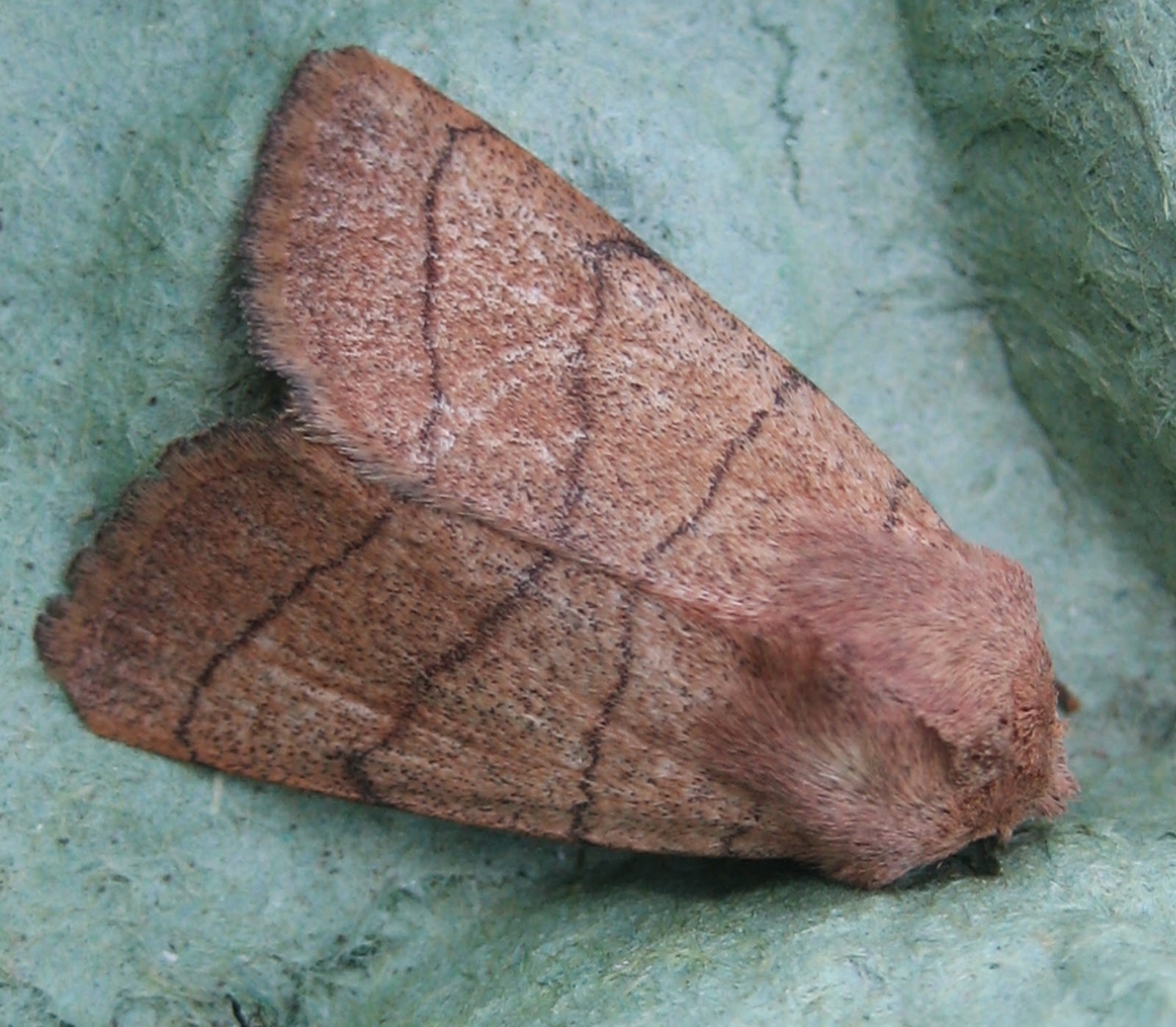 I thought this morning "What a doddle" when I investigated the trap in the brilliant sunshine and found this character, above. In the event, he or she proved less simple to identify as a Treble Lines, since this particular colourway, a lovely ginger biscuit of a moth, isn't shown in Richard Lewington's amazing paintings in the Moth Bible.

I cracked it in the end by dimly remembering the name from last year and then noting in the text that the moth comes, like so many, in a variety of shades and tones. Also in the eggboxes was the tatty but still vigorous Pale Pinion below. This is a moth which is doing very well in this part of the world this year. I can see its status changing from the current 'Local' to 'Common'. 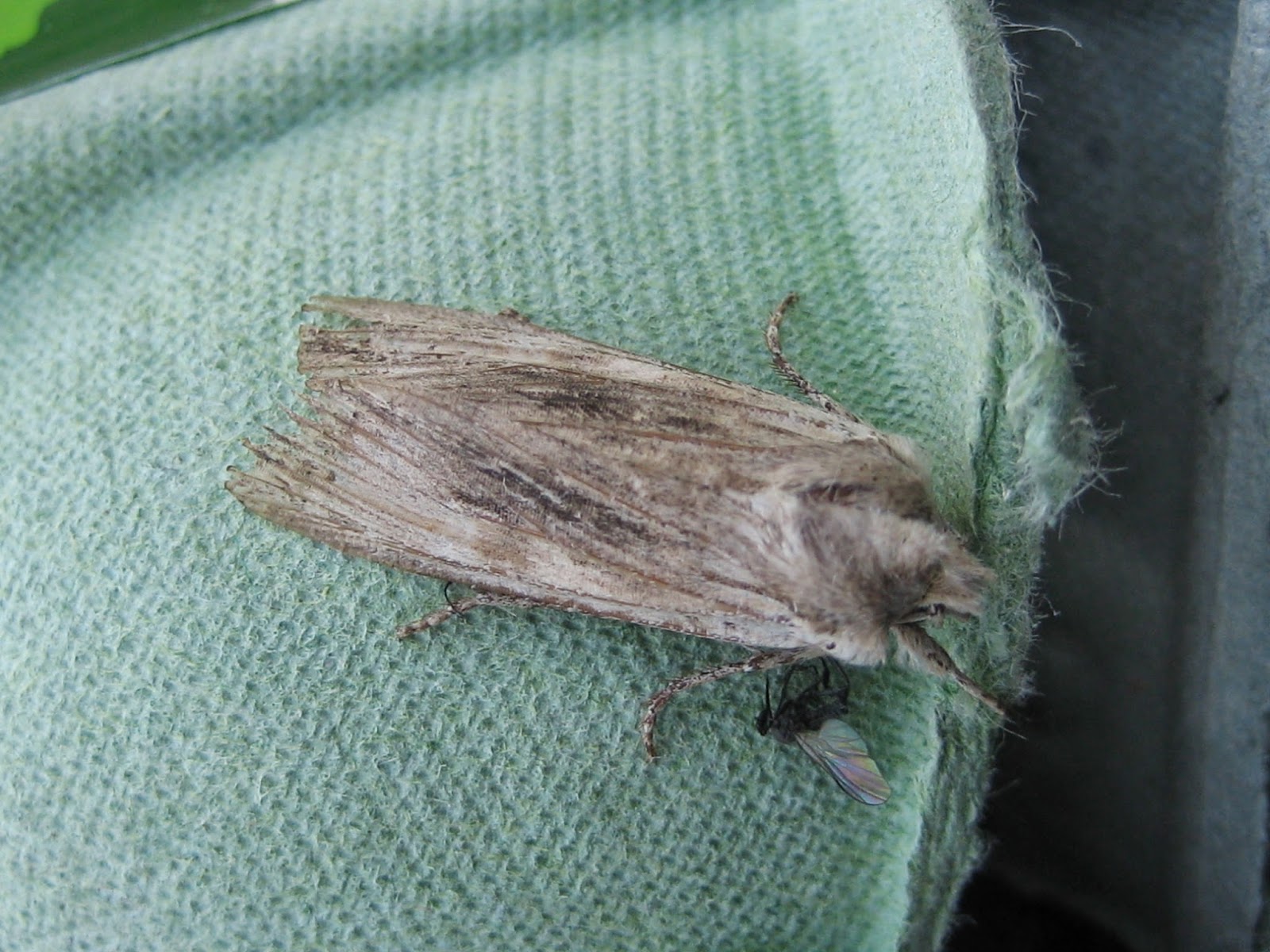 Otherwise, I clocked up three Green Carpets and one Red Twin-spot, three Shuttle-shape Darts (the current leader in the trap's popularity stakes), two Muslin moths, two Flame Shoulders, a Maybug and my first wasp of the year - in the trap; I've seen a few dozy over-winterers pottering about elsewhere in the garden.
Posted by Martin Wainwright at 10:13