The things you find in a changing cubicle 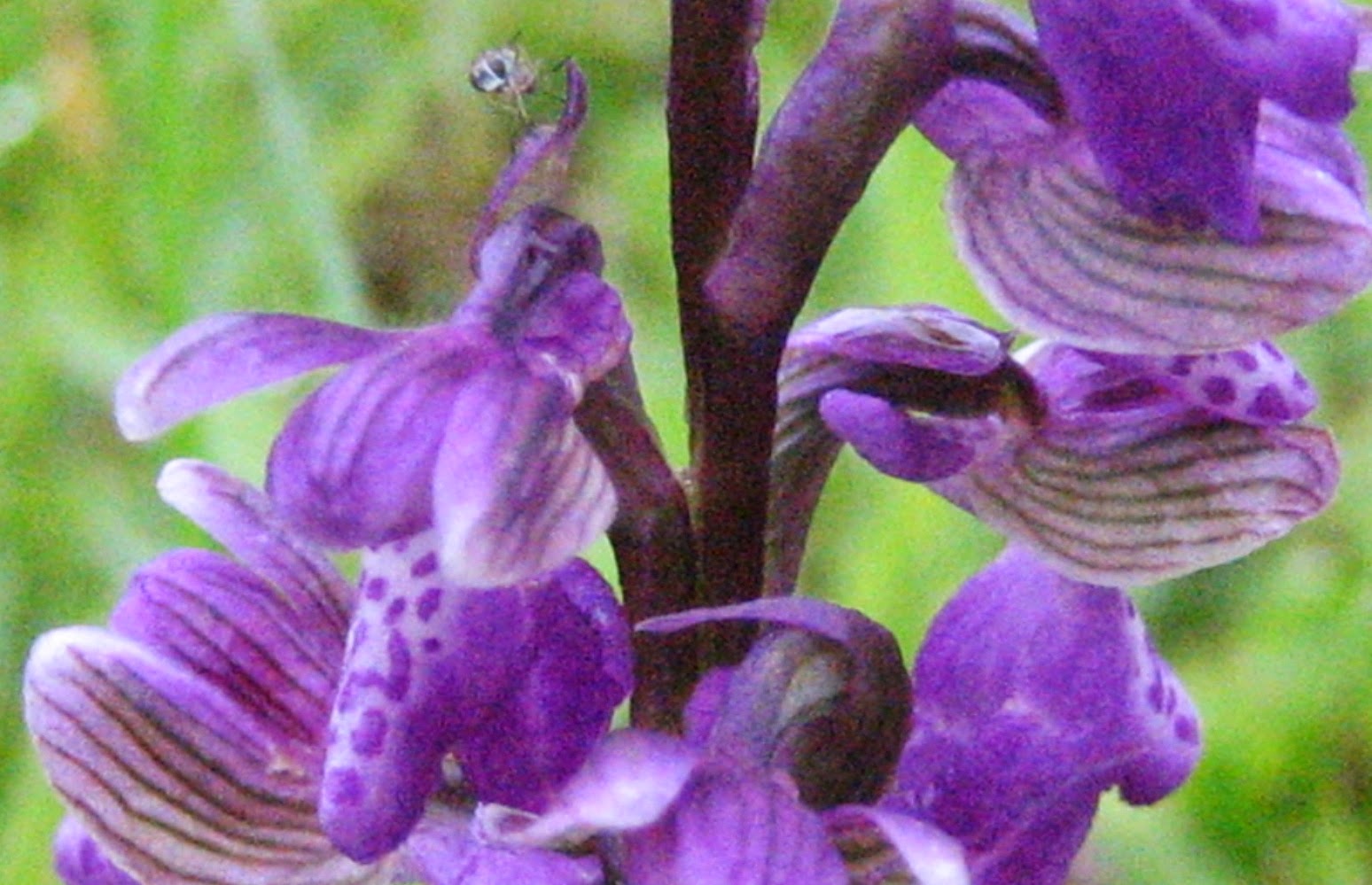 After yesterday's wonders, I gave the moths a rest last night, especially as I didn't want to bother the Empress by drawing her out again from deep in a hawthorn hedge where I hid her after several very enjoyable 'show-and-tell's with friends and neighbours. None had seen the beautiful insect before which is interesting because Emperor moths are primarily dayflyers and their size certainly makes them noticeable (if sometimes easy to confuse with one of the darker, common types of butterfly such as the peacock. So perhaps this is another moth whose numbers are on the rise. 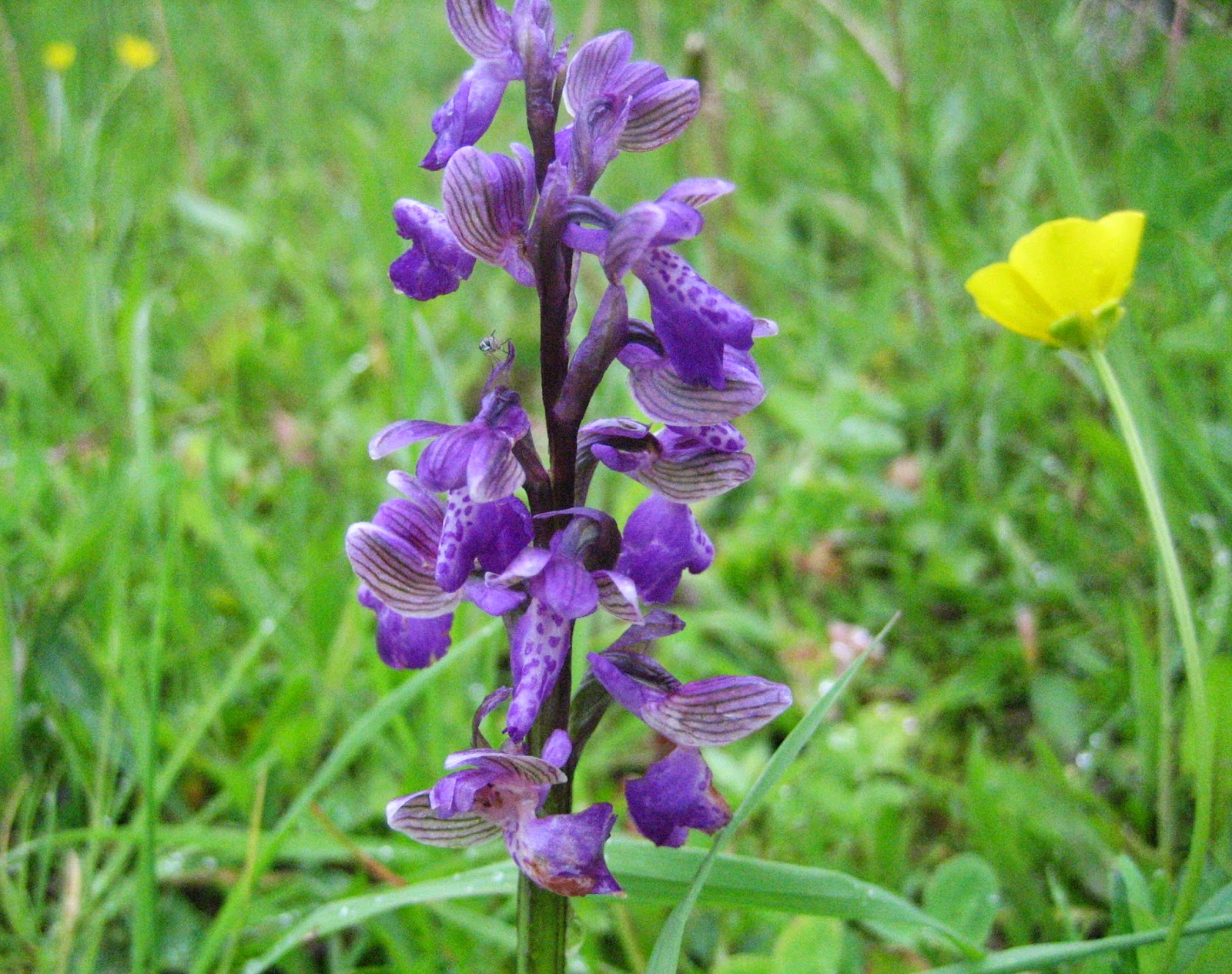 Instead of a moth, here is the first orchid in our neighbourhood, whose riches in this field of botany surprised and delighted Penny and me last year. I am guessing that it is an Early Purple, spotted by a vigilant neighbour who regularly walks along the sun-dappled path where the flowers are to be found. But I will check further after breakfast. Update: which I've now done and I think it's actually a Green-winged Orchid which is new to me, and nice. The name has nothing to do with the riotous TV comedy Green Wing but refers to those greeny-coloured lines on the petals. I also meant to point out the tiny spider in the close-up picture - at the top of a petal on the top left. 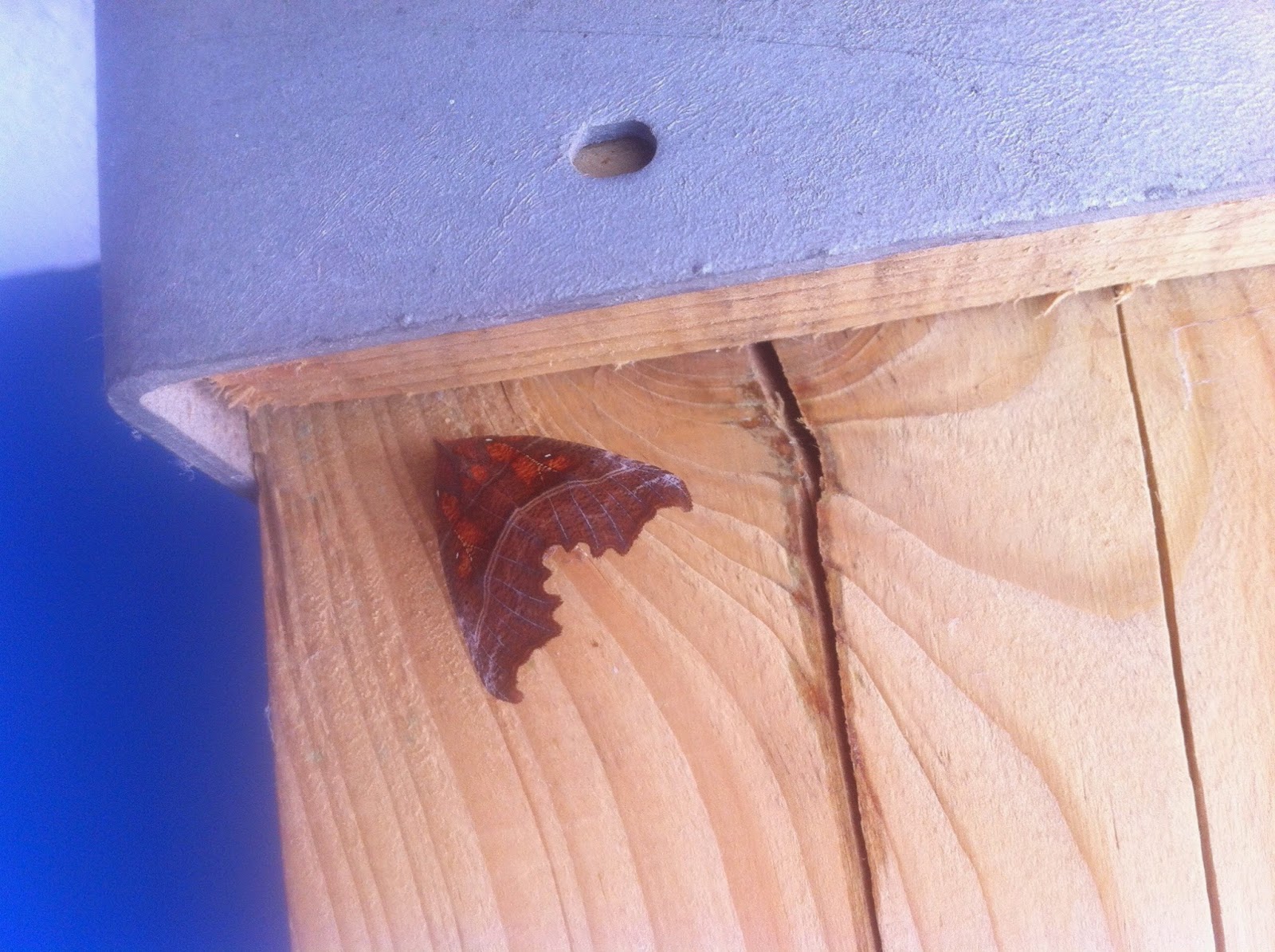 We are not entirely mothless today, however. Last night I got a cheery email from my excellent niece Jessie's partner Winnie with a picture of this handsome Herald moth with which he shared a cubicle at Hackney Lido in London (a very enjoyable and well-organised place to swim btw). Nice find, Winnie, and timely. As I said yesterday, the Emperor moth has the cover of the Moth Bible to itself. The Herald monopolises the book's spine. 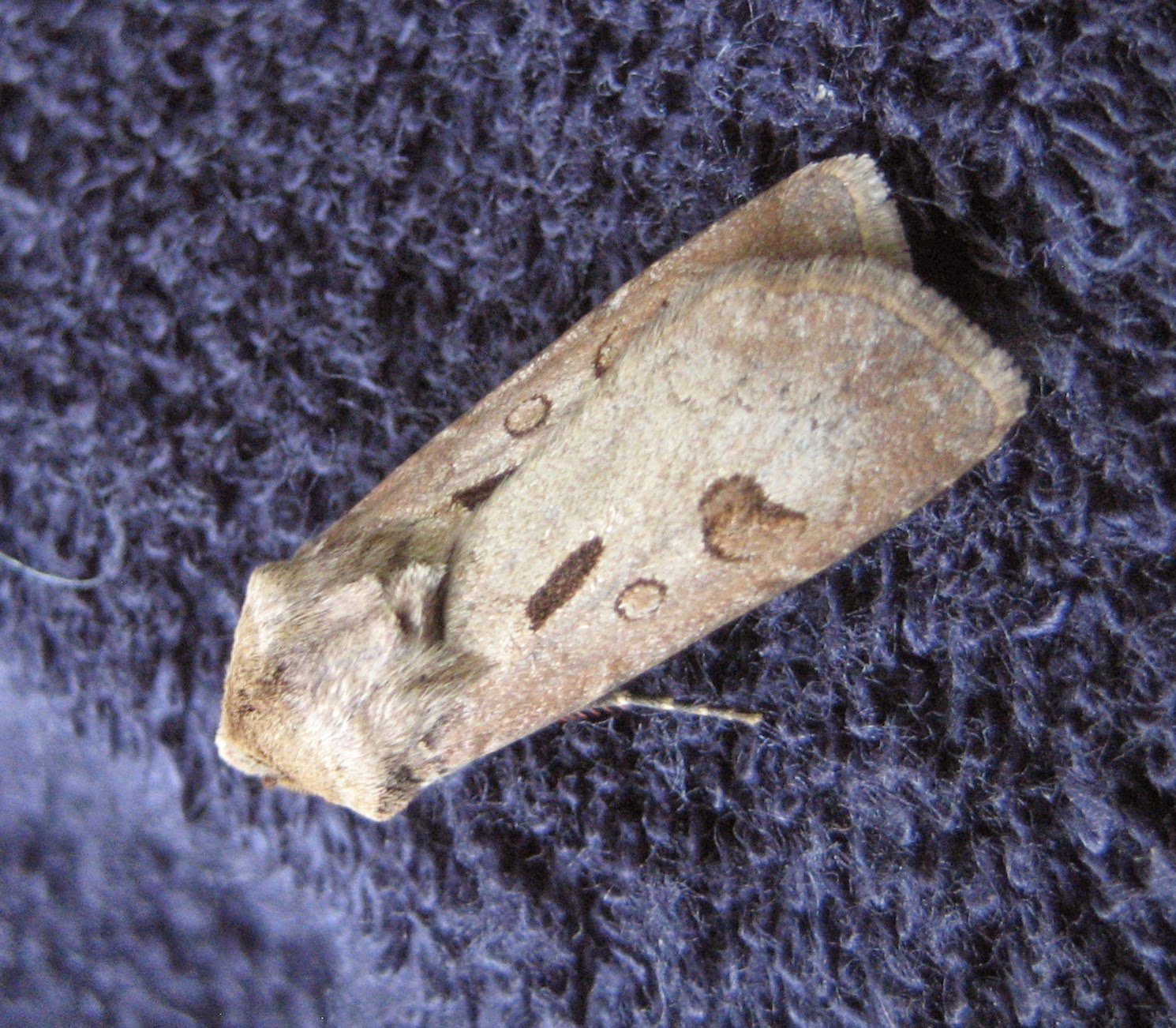 And here is Wednesday night's other newcomer, a Heart and Dart, whose name was the basis of the blog's first (and still I think only) competition back in one of my very earliest posts in June 2008. Subsequently a New York soap business called Heart and Dart got in touch with me and I'm glad to say that still seem to be in business. Like me.
Posted by Martin Wainwright at 07:47

Martin, I think your orchid is a Green-winged (Green-veined)
Tony

Sorry, should have read to the bottom before I commented\!

Nice to see the orchid and the Herald. I saw Emperors in Dartmoor last week- fantastic moths, glad you had one. CT :-)

Hi Tony - thanks so much for confirmation. Much appreciated. I read about your Emperor, CT - aren't they stunning. I'm hoping the eggs are fertile and hatch and that I canm be an efficient upbringer. All warm wishes, M

Hi Martin,what a coincidence I was at the Hole of horcum today hoping to photograph the rare Green winged orchids,i only found one spike in flower but several other showing colour.I also saw one or two male Emperors zooming about.
cheers G.F.

Hi Martin,what a coincidence I was at the Hole of horcum today hoping to photograph the rare Green winged orchids,i only found one spike in flower but several other showing colour.I also saw one or two male Emperors zooming about.
cheers G.F.

Hmm, don't want to dampen your spirits but I was told that the females can dump eggs when stressed. Having said that, I had eggs on one of the egg boxes last year which hatched out- but not knowing whose they were made it impossible to get the correct food plant. I shall hope for you they do hatch. Be interested to see what happens :-)