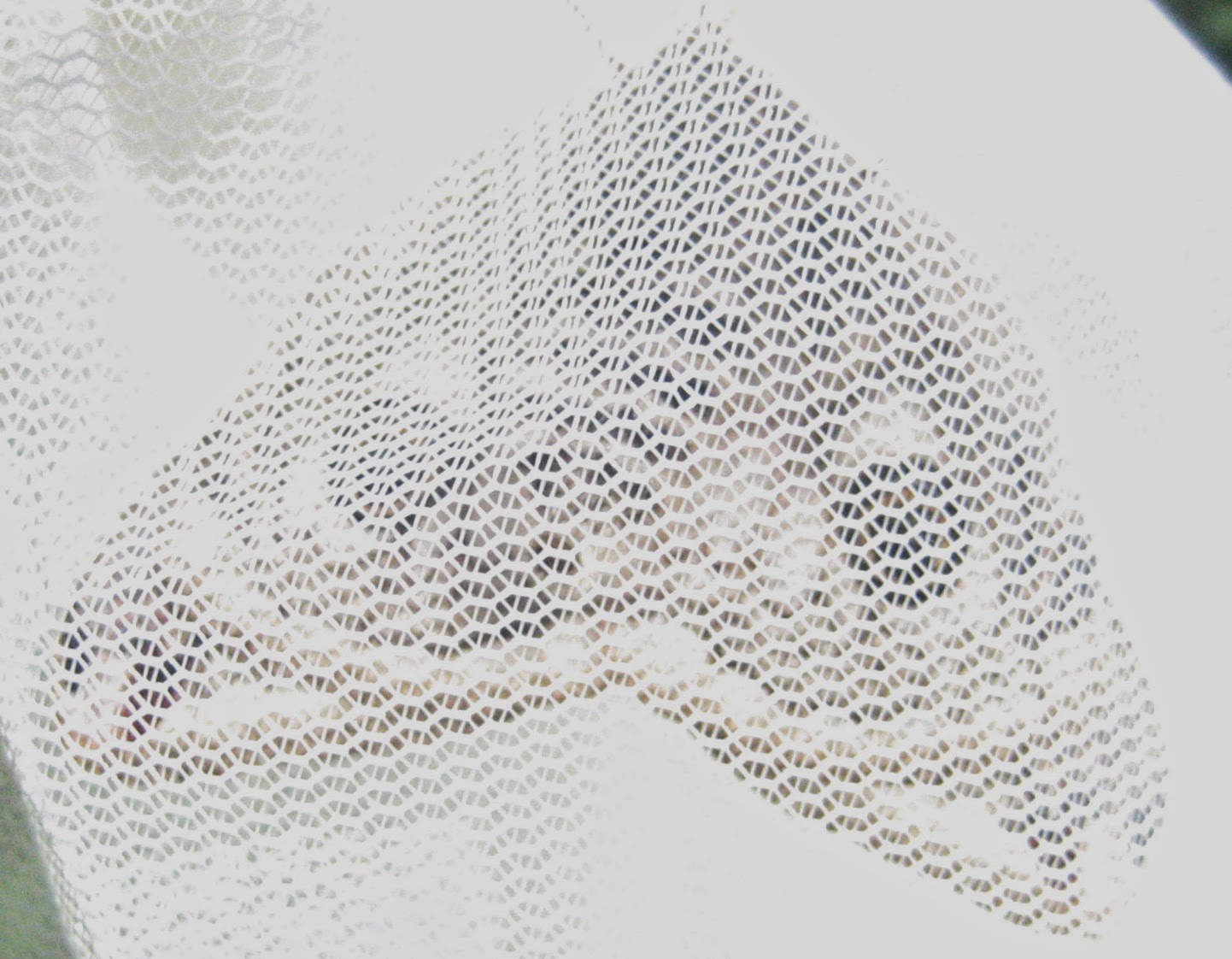 After keeping my late imperial visitor, the female Emperor moth, roosting quietly in her eggbox to show a fellow-enthusiast on Thursday afternoon, I slipped her and the eggbox deep into a hawthorn hedge where I imagined she would slip away to somewhere wilder and more congenial.

Instead, as I discovered yesterday morning, she preferred to stay exactly where she was. So although her egg-laying suggested that she was no longer interested in attracting males, I tried a hour or so's 'assembling' just in case the eggs are infertile and she hadn't mated. 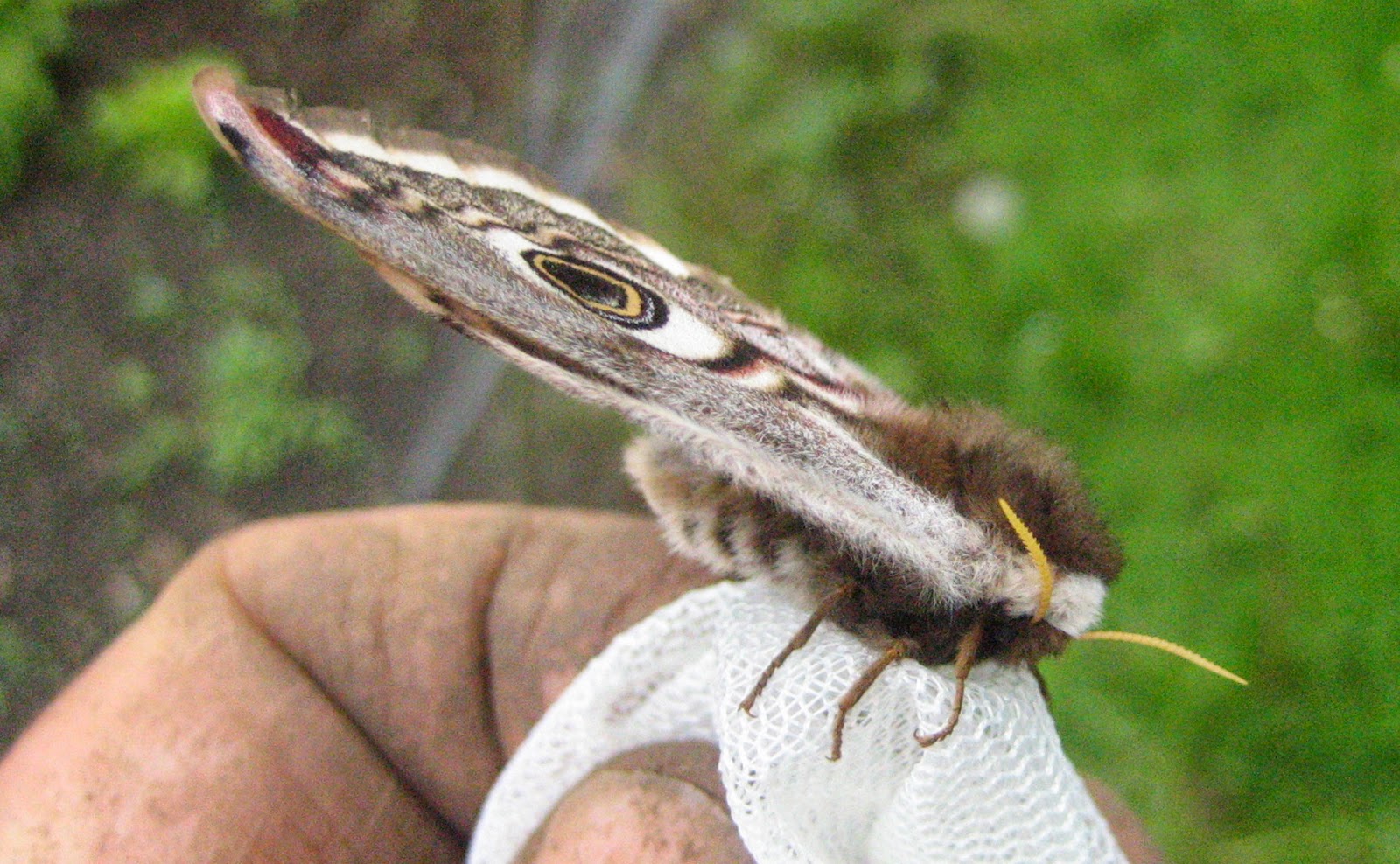 The rather lovely picture at the top shows her in her muslin veil, actually a jam strainer waiting another of my hobbies. She seemed quite happy but didn't - I think; I'm not very good on the details of small body parts - extrude the organ which spreads the pheromone whose effect on male Emperor moths is quite extraordinary.

There are verified accounts of Emperors mating even before the female has dried out and spread her wings to their full extent, after emerging from the cocoon. Equally promptly, the females began to emit the pheromones straight away, so it's a consensual operation.  Given that the adult moths do not feed and therefore do not live very long, what with their large bodies and wings, this is a remarkable example of Nature going to extremely sophisticated lengths to ensure one thing: the survival of the species. It takes almost a year from egg to adult moth, a childhood followed immediately by a very short life. 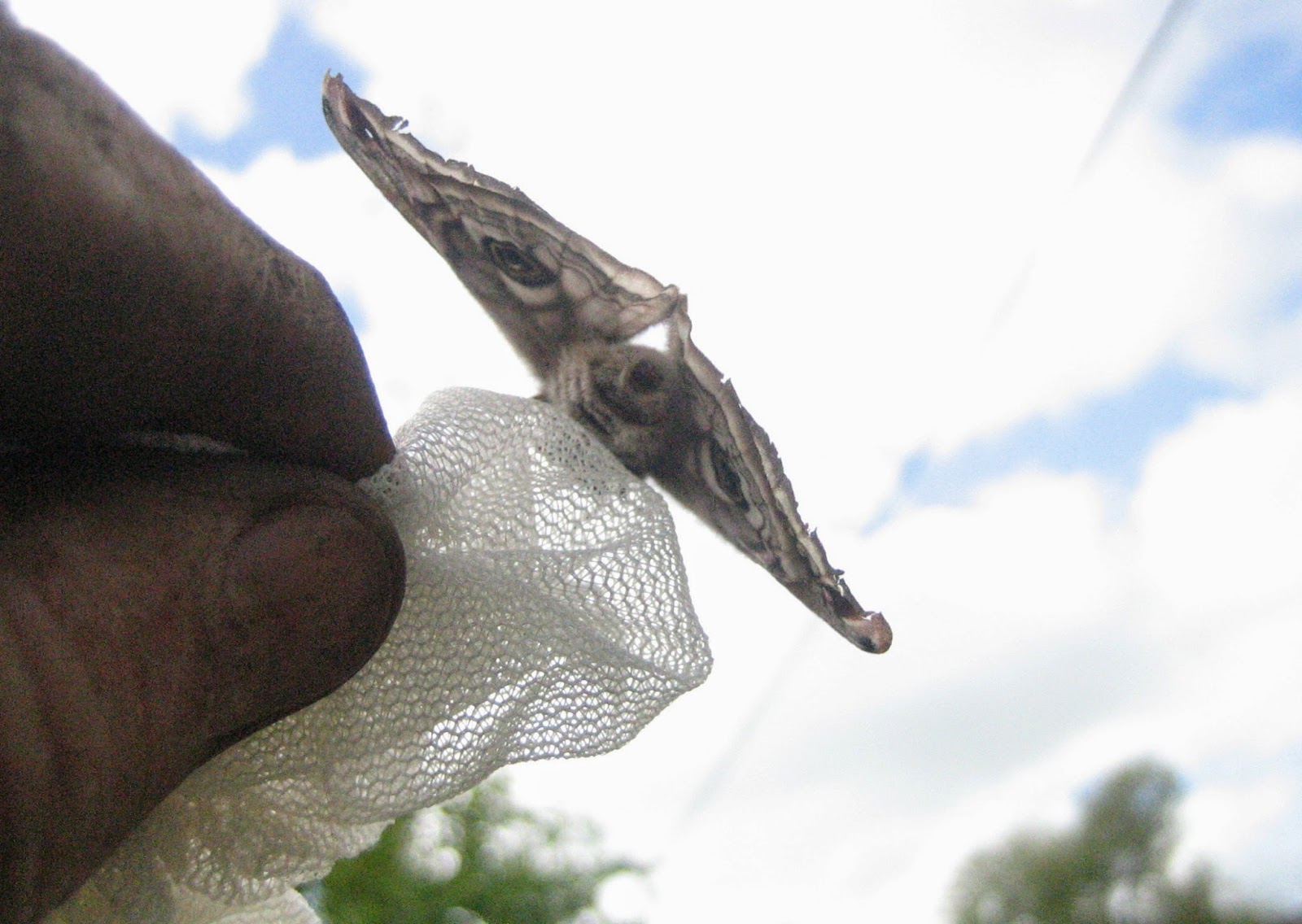 Anyway, no male Emperors came and so I tempted the Empress on to my grubby fingers and, again after much encouragement, saw her safely take wing.  Altogether a memorable experience, for which I am very grateful. Update: I'm very grateful to Dave Wilton, the mainstay of the truly excellent Upper Thames Moths blog, for IDs on the two pics below - see Comments. The rhopalid bug is Coryzus hyoscyami which Dave says 'has been marching north from the south coast over the past few years", and the eggs are probably a ladybird's. I've left my mistype of 'fiends' for 'friends' because it sounds more interesting.

Posted by Martin Wainwright at 07:25

Hi Martin, your beetle is officially a bug! It is Corizus hyoscyami, a very smart rhopalid bug which has been marching fairly steadily northwards from the south coast over the past few years. Your eggs look rather like those of a Ladybird. Dave Wilton

Hi Dave and thanks again for all your help on the great Upper Thames Moths blog, always v much appreciated. Thanks for the bug ID and for the ladybirds - apparently our local church at Shipton-on-Cherwell is so infested with them at the moment that they were crawling up the back of the Bishop of Dorchester at a confirmation service last week.

all warmest as ever