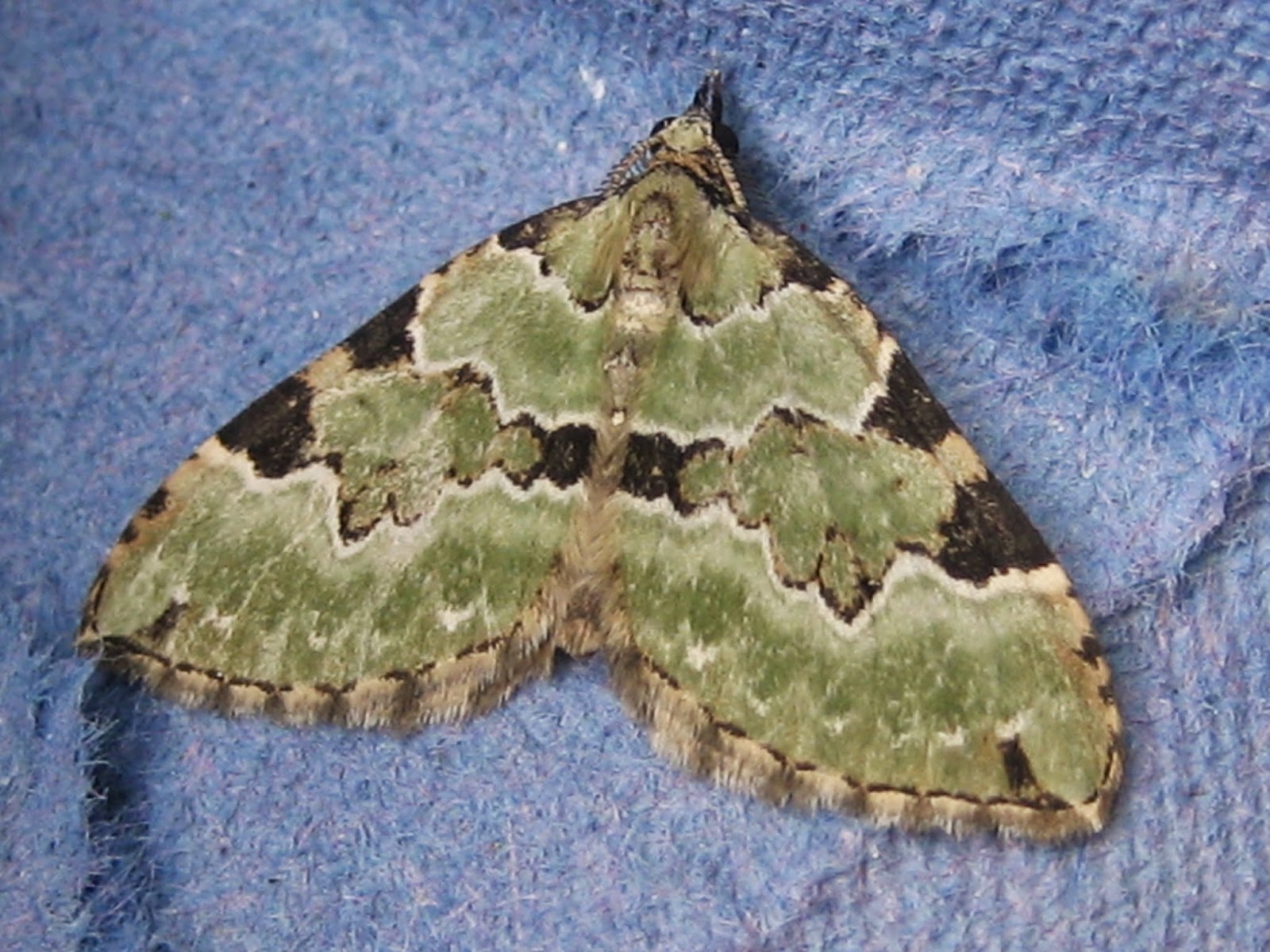 We have just pulled up some carpets to expose wooden parquet flooring which we prefer. The opposite is happening in the moth world. Gradually warming weather last night brought a flutter of Carpet moths - not textile-munchers like the Tinea family but named because their beautiful patterns brought Oriental carpets (then a novel fashion) to the minds of 18th century entomologists. 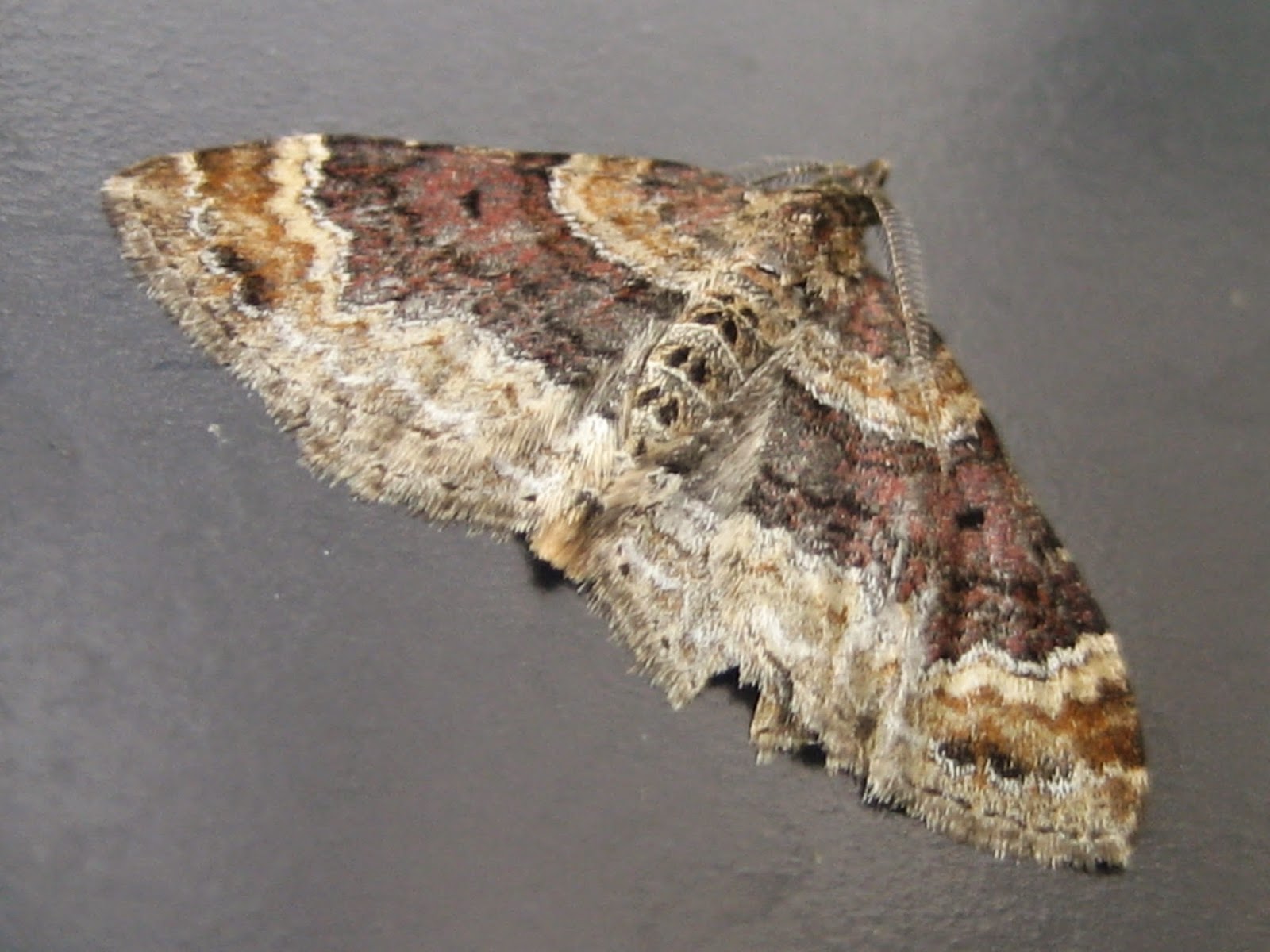 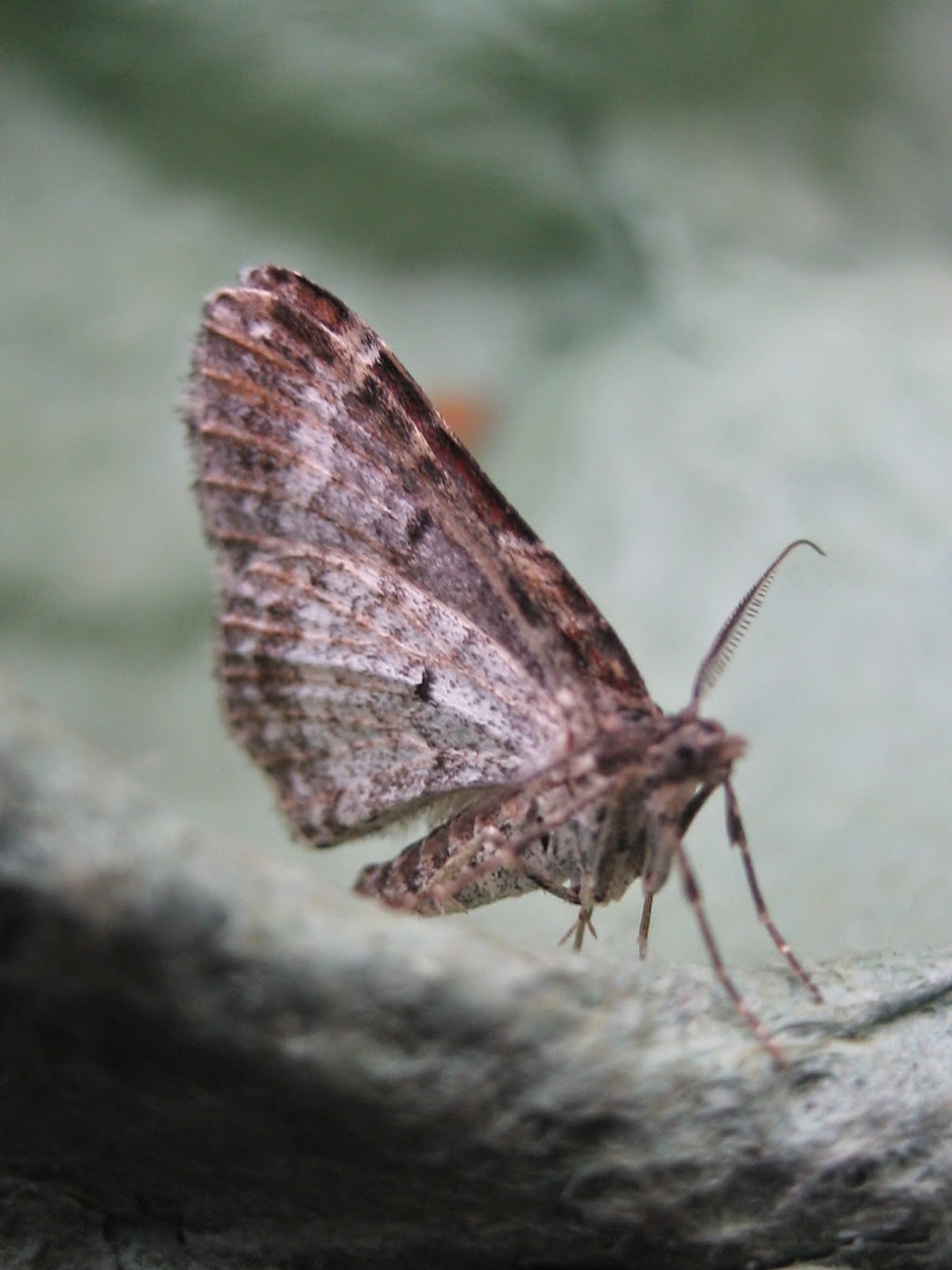 The eggboxes contained, in order of my pictures today, a Green Carpet, a Red Twin-spot Carpet (with its twin-spots nicely obvious) and a Garden Carpet. Plus a fourth comrade whose ID I cannot master because it was resting with its wings held over its body in butterfly fashion, a habit sometimes followed by these little moths. 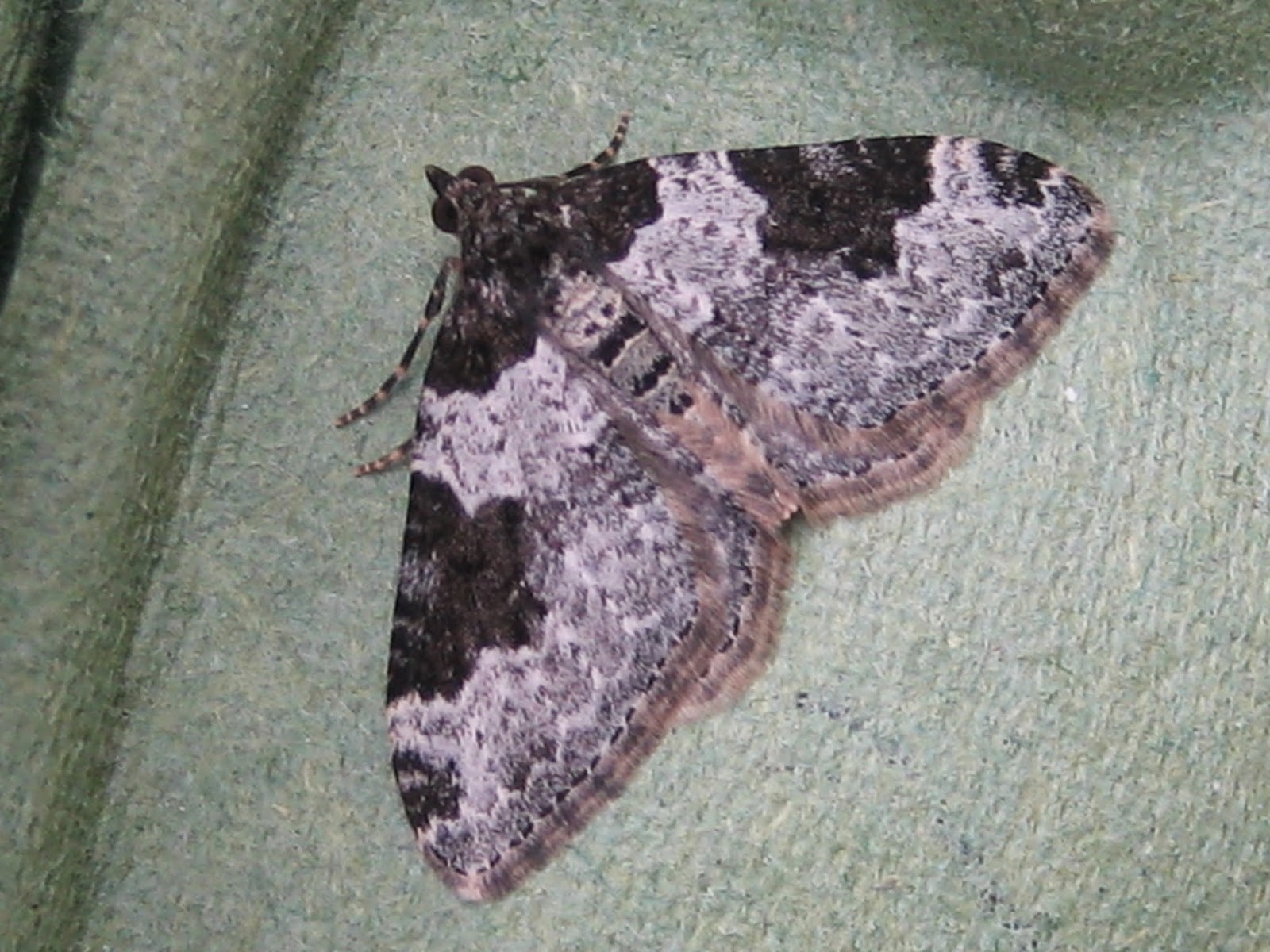 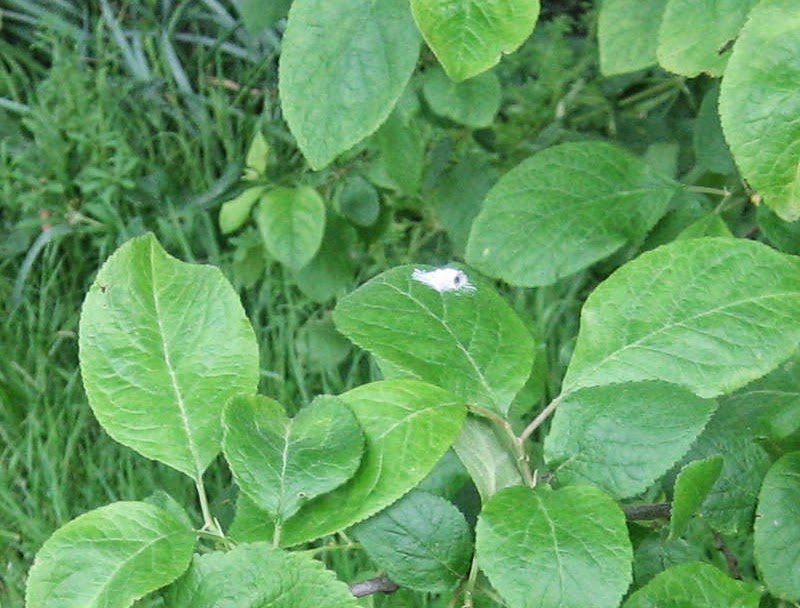 The other main object of interest in the trap was my first China Mark of the year, a tiny little creature which resembles a bird dropping and thus escapes the attention of predatory birds. As it happened, there was a China Mark-sized bird dropping on a nearby leaf and I took a bird's eye photo to emphasise the point. Update: brainstorm time. I meant Chinese Character moth; the China Marks are a quartet of micros. 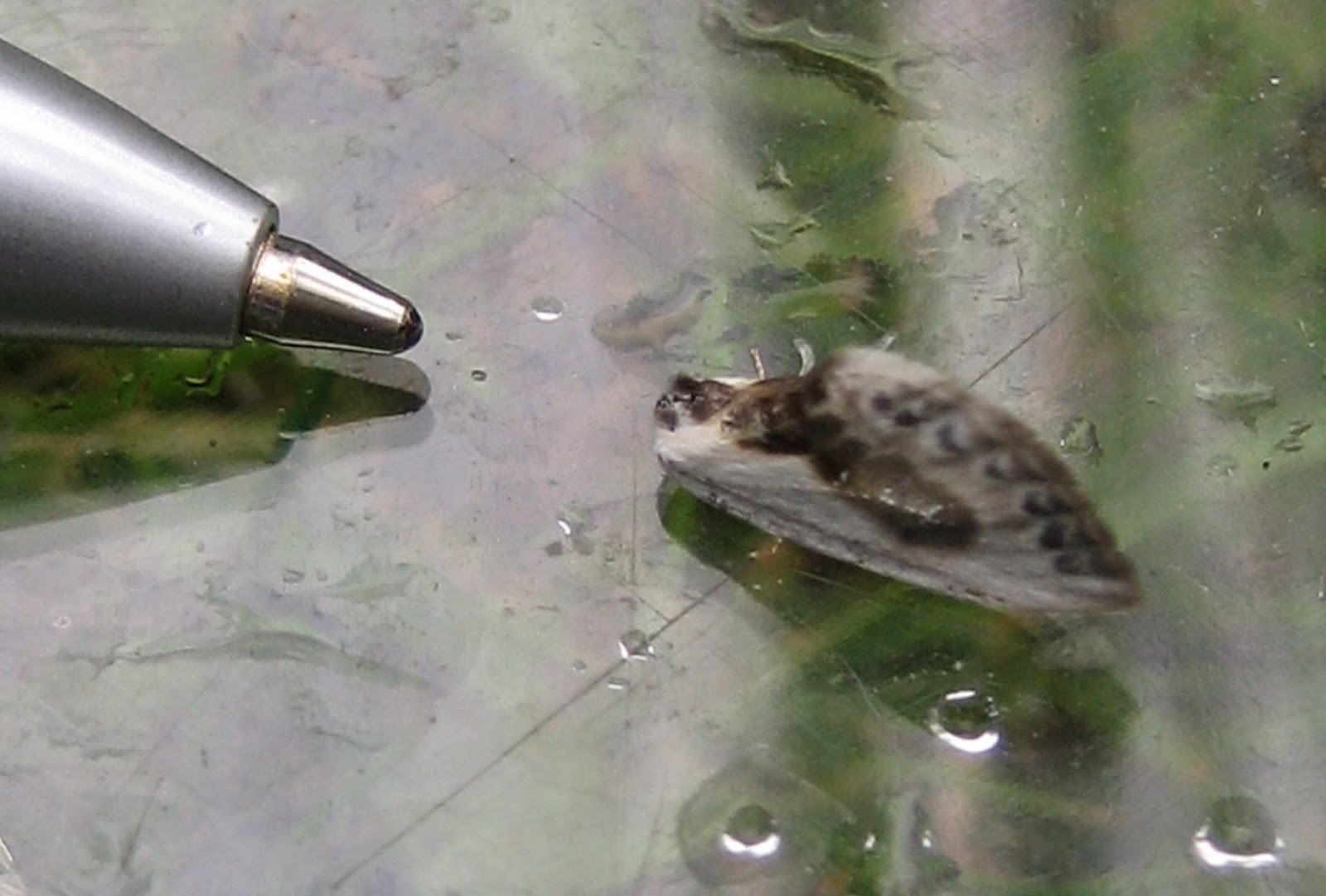 The name China Mark has similar origins to the Carpets' but this time it was the resemblance of the little moth's delicate patterning to Oriental porcelain, another craze of the 18th century as more and more trading ships followed in the footsteps of Dick Whittington and his cat. Here it is again, below, with the rather similarly marked micro, I think Cochylis atricapitana. 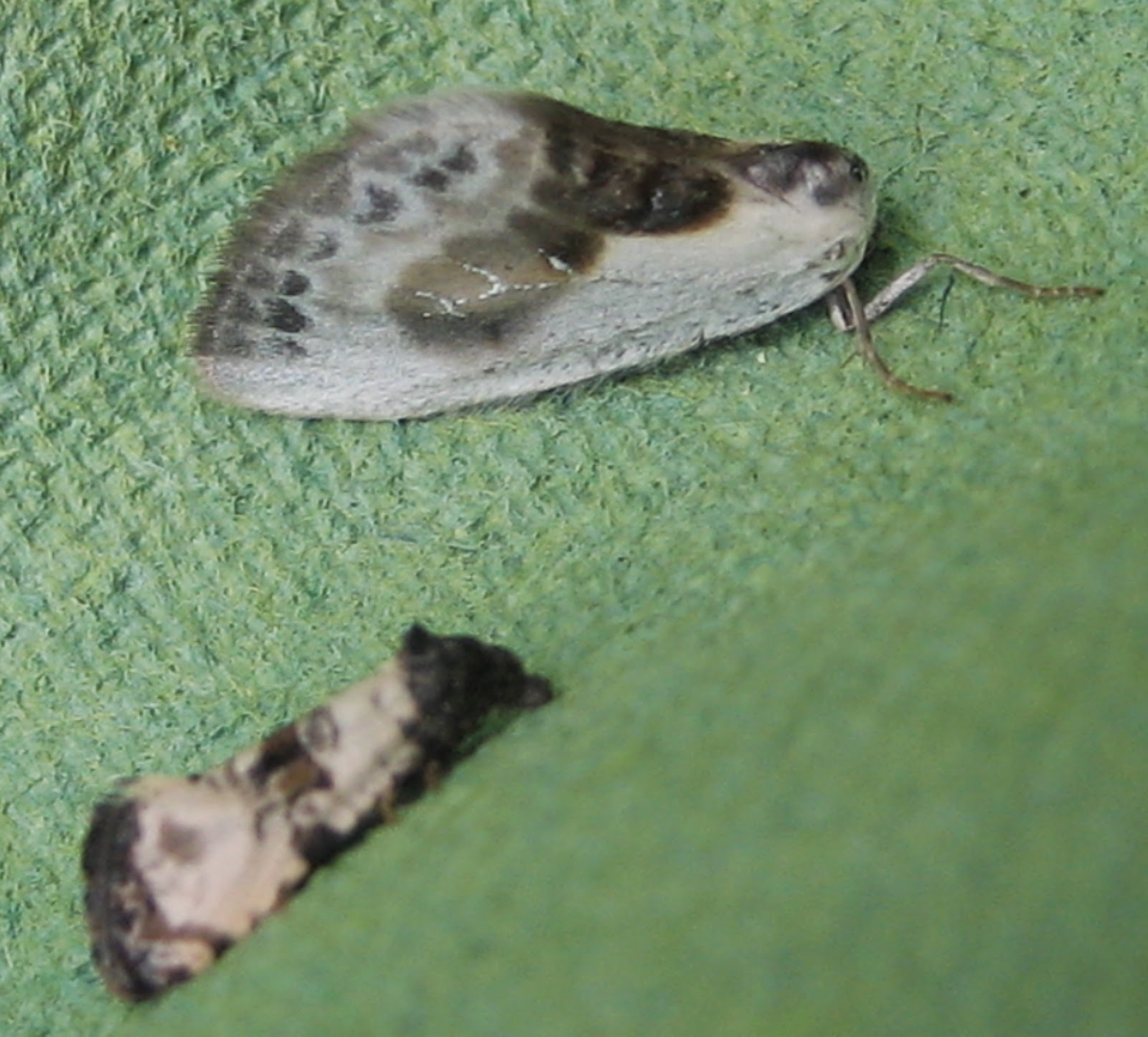 Finally, some of the other inhabitants of the eggboxes. Things are warming up in terms of number and variety as well as degrres Fahrenheit and Centigrade.

Posted by Martin Wainwright at 09:48

Hi Martin,i had an Emperor lay her eggs in my heath trap and they were fertilised!i scraped them off the ply and posted them to a friend,he reared them and used the virgin females to assemble males at local nature reserves!
cheers G.F.

Fantastic! I check mine every day but none hatched yet. I think its about 15 days. If only the postman knew what he or she was delivering! All v best. M

I'm just catching up and think your butterfly resting moth might be a little thorn.

I really want to know more! I'll be really grateful if you share more information!

I didn't know that people raise these kinds of butterflies, that;'s interesting.

My dad had an Emperor! It's one of my first memories ever.

Emperor moths are common throughout Britain, and are most common on upland moors where there is plenty of heather.

Caterpillars make great pets, both for children and for adults. Butterflies are also terrific pets as long as their special needs regarding flying space and food are met