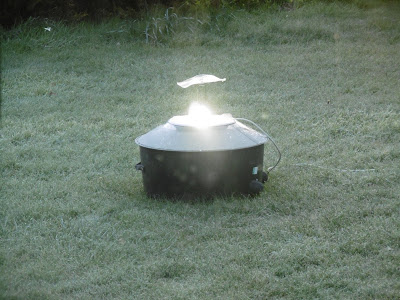 My chief mentor in the world of moths, Ben Sale, has some interesting thoughts on his excellent blog about the low numbers coming to traps throughout the country so far this year. He blames the weather - cold if it isn't wet, wet if it isn't cold - and possibly the effects of a mild winter on parasites which feed on hibernating adults and cocoons. He also suggests two subsidiary causes, both resulting from the damp and chill, in predation by extra-hungry birds and late emergence of hibernating species. The latter rings true. on a cold and frosty morning.

That's what it's been today and the grand total of moths in the trap was one; a bold Hebrew Character which had somehow dragged itself out of bed for a spin. I wasn't surprised. The grass was rimy with frost which was also hard enough to 'glue' on the trap's transparent cowl. But today the wind direction changes to the milder West and - touch wood - the prospect doesn't look too wet.

Posted by Martin Wainwright at 06:43