A couple of newcomers for 2016 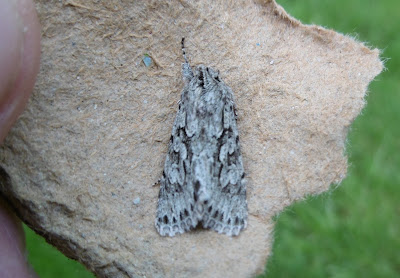 It was relatively warm last night and I expected more moths in the trap this morning than the half-dozen who decided to stay the night. Though small in number, they were interesting, with two newcomers for the year among them.

One is the handsome Early Grey in my top two pictures, a moth which naturally makes me think of tea. Earl Grey has played other roles in my life; I recall a time when I was doing daily battle against the 'grim, grey North' image but found myself staying after giving a talk in Newcastle upon Tyne in the Grey Hotel in Grey Street - all named after the tea man's tribe.

The other moth has exactly the sort of name I was doing battle with so far as the North of England is concerned: a Lead-coloured Drab.  Trent in Comments was tipping me off the other day to look out for this, and here it is above, duly arrived.  At least, I hope I've got my ID correct (from the wing shape). Trent will correct me, if not. Update: actually Dave Wilton on the ever-excellent Upper Thames Moths blog has got there first. I had forgotten that Lead-coloured Drabs have feathery antennae, so this is but a Clouded Drab. Just as much an 'old north' name though.


Other pleasant residents included the Powdered Quaker above and two cuddly Brindled Beauties, below. 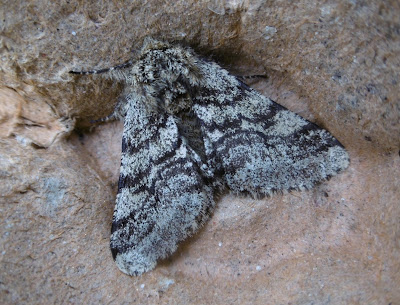 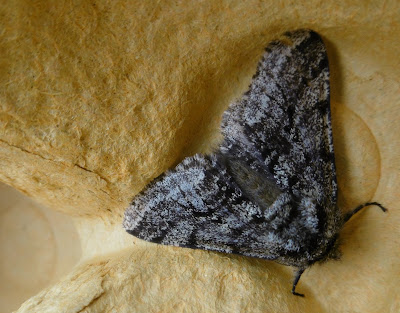 Posted by Martin Wainwright at 10:09