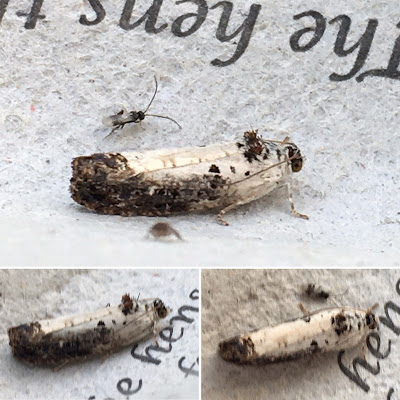 My total of new arrivals this year has now reached eight with the discovery of this little chap in the eggboxes. He or she is Hedya salicella which as the name implies, feeds on sallows and willows which abound round here. My other seven are the Cypress Carpet and Narrow-banded Bee Hawk among the macro moths and the Crescent and Willow Plumes, Tortricodes alternella, Ethmia dodecia and yponomeuta irorrela among the micros.  Still time for another two to make a nice ten. Update: Dave Wilton of Upper Thames Moths suggests that a micro I posted here as a query ten days ago may be Hedya nubiferana which would be another newcomer.  If we accept that, then it's just one to go. 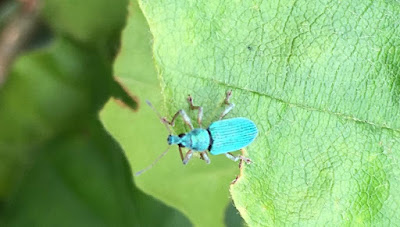 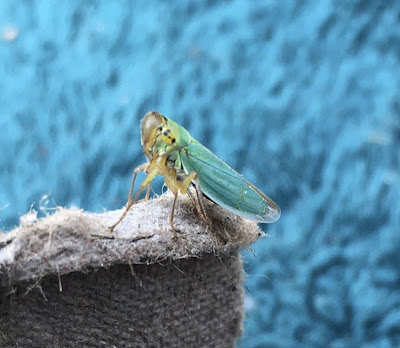 Otherwise the moths have gone quiet with an abrupt drop in temperatures. It was odd to find the trap very little-populated last night. The main excitement therefore has been Penny's discovery of this vivid turquoise beetle, I think one of the Nettle Weevils, followed by a minute matching fly of some kind in the eggboxes. Update: many thanks to Conehead in Comments for ID-ing this as the leafhopper Cicadella viridis. Very many thanks. I think that I would like to be a leafhopper if I am born again. 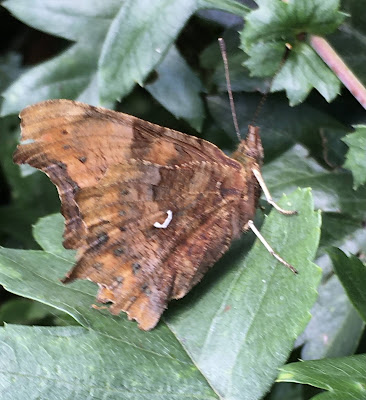 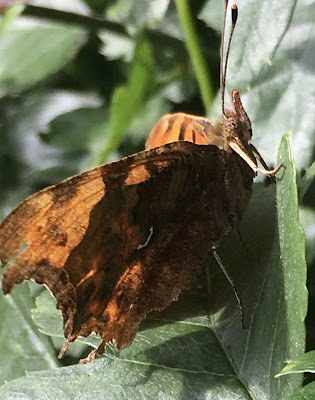 Daytime sunshine, however, has brought out the butterflies and I have more to add to my garden sightings this week: a Comma showing the reason for its name, above, as well as its lovely russet topwings, below: 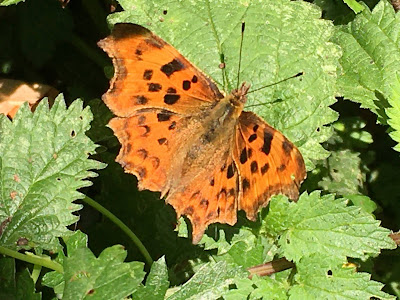 And a Peacock; a very common butterfly but you couldn't ask for a better one. They love sunny walls such as this one alongside some of the metal bits and bobs we've dug up in the garden. They fly off at a terrific rate when you disturb them but if you wait, they usually circle round and return to a spot nearby. 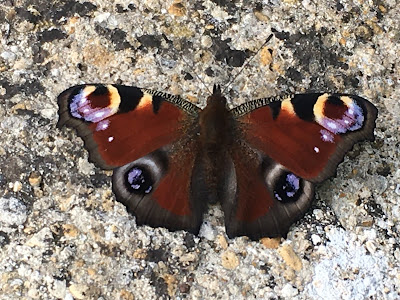 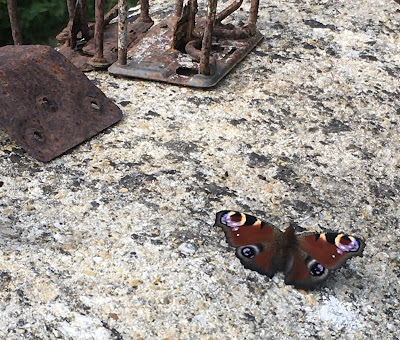 Posted by Martin Wainwright at 07:03

Congrats on your 8 new moths for the year. My highlight in the garden was a Hummingbird Hawkmoth visiting various flowers.

The bug below the green weevil is a leafhopper- Cicadella viridis.

Marvellous! Thanks so much for the leafhopper. The grandchildren will be delighted to discover those

all vb as ever