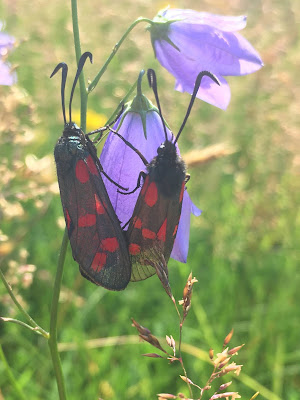 We were lucky indeed in our choice of holiday week and the coast of Wales near Cardigan/Aberteifi was a wonderful place to spend it. The meadows on top of the spectacular sea cliffs were bright with wildflowers and butterflies - and moths. There were scores of Six-spot Burnets flying about, including the potentially amorous pair above. We emailed the pic to a friend with added speech bubbles for a caption competition. Her daughter's reply: 'Shall we get married?' 'Yes, and then we can have babies' was probably near the mark. Here are some more, busying about: 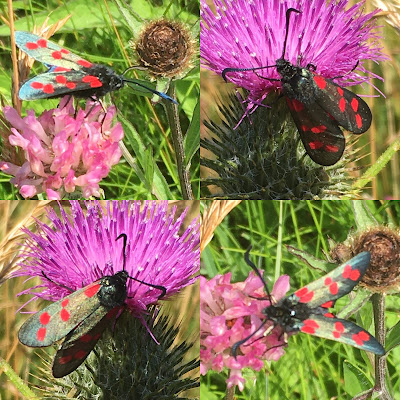 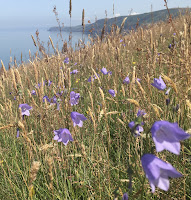 The meadows were also home to lots of Dark Green fritillaries, a butterfly for which I've had a special place ever since catching the rare Charlotta aberration on similar cliffs at Goonhilly Downs in Cornwall when I was twelve. There is no doubt at all about the family hopes of the pair below which were later joined by a third lusty companion. 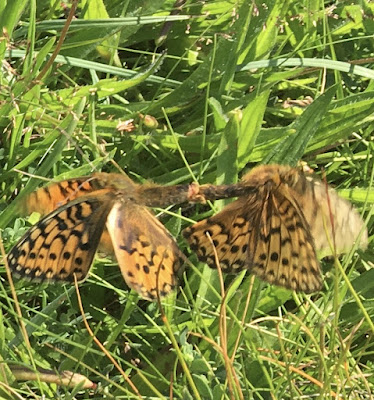 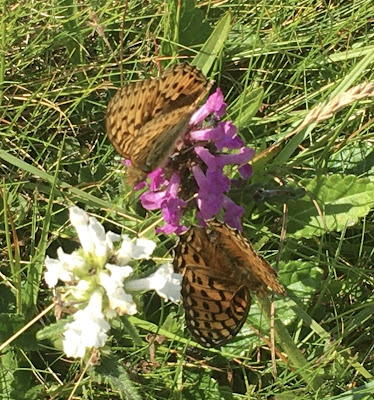 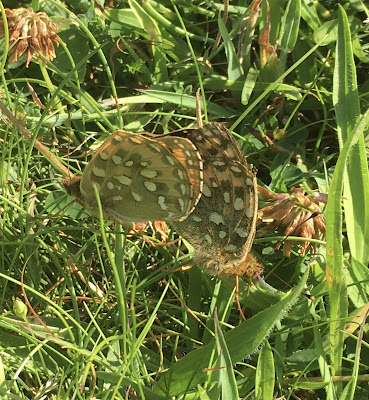 Fritillaries are lovely to watch, powerful flyers which seldom stop and are soon off again as you creep clumsily up on them with the iPhone. The mating pair were a fortuitous discovery as their activities slowed them down, but I managed to steal up on the single butterfly below as well. Its underwing is a beautiful sight. 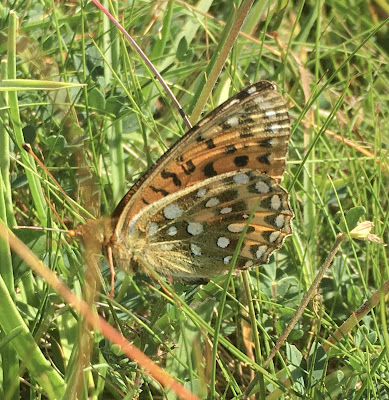 Here is a picture of another efforts which wasn't as successful but happily shows me, if only in shadow form, engaging in one of the things which I most like doing: 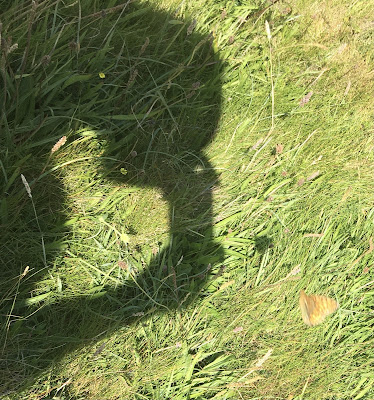 We saw Silver-washed Fritillaries too, on a walk inland, but they were always flying or out of photographic reach. But there were plenty of other butterflies around in the non-stop sunshine including those in the composite below. 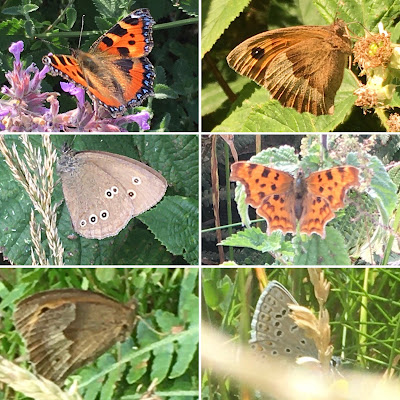 But it was back to moths in the hottest place we visited, the vast glass dome of the excellent National Botanic Garden of Wales near Carmarthen. Their Californian section - Califfornian in Welsh to avoid a 'v' sound - featured the curious Yucca Moth in giant form with a helpful bilingual placard explaining its fascinating life and pollination role. New fact for me: the Welsh for moth is gwyfyn and moths plural is gwyfynod.  I will research the word's origins further in due course. 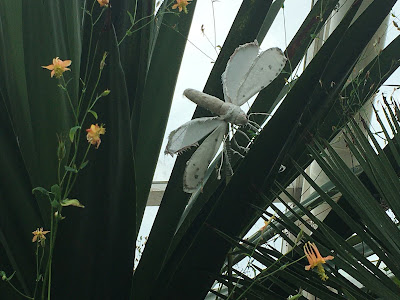 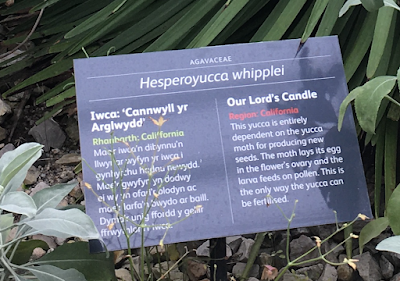 Other forms of life we encountered included this fledgling seagull with its supervising Dad on a cousin's roof and plenty of jellyfish including the alarming-looking Compass type, named after the patterns on its canopy, which the lifeguards assured everyone stings no worse than a nettle. We escaped unstung. 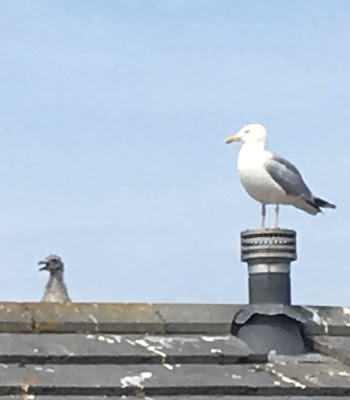 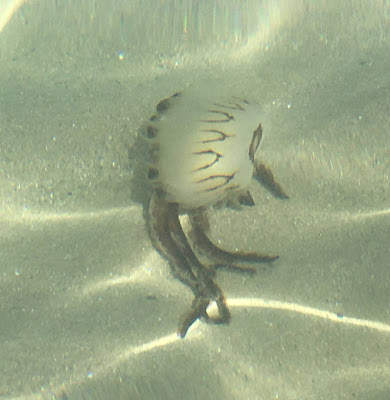 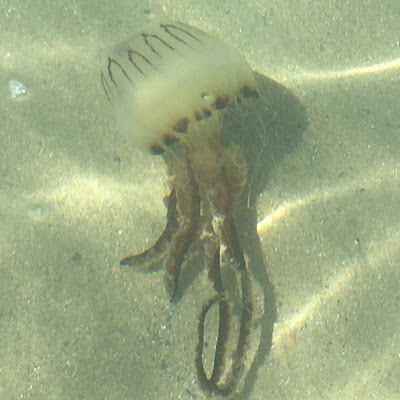 And finally a couple of typical coastal pics - beautiful Mwnt Bay, which belongs to the National Trust, and one of the many coves between beaches which can only be reached by boat. It was pleasantly busy but not rammed; if you can find somewhere to stay, I can't think of a lovelier place for a week or a few days' break. 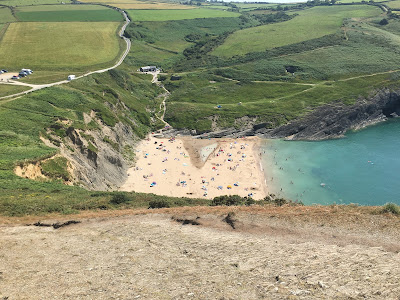 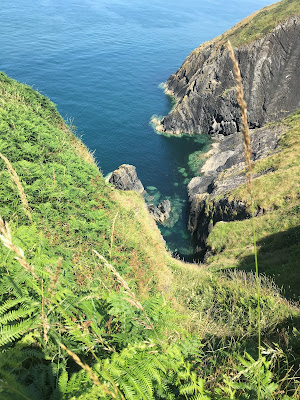 Posted by Martin Wainwright at 08:51