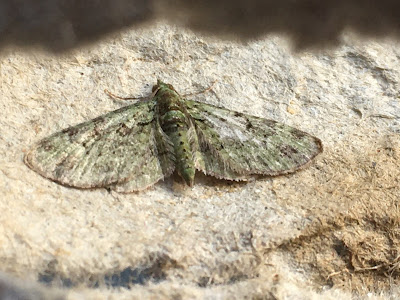 My recent musings on the colour green continue today with the arrival of a very small macro moth, the Green Pug, which is easy to overlook in the eggboxes because much of its colouring is a similar buff or grey. But if you look a little more closely, you will see the hint of green on the body and parts of the wings.  If you are lucky enough to meet a completely fresh one, the colour is that much stronger. But this one isn't bad. 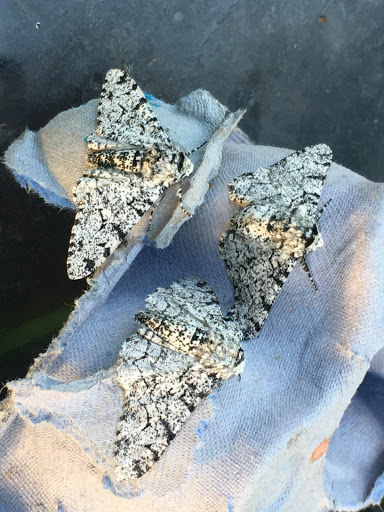 A complication in these matters with camera phones whose digital lens adjusts the brightness automatically, is that colours may creep in where they did not actually exist. It may be a trick of the black and white 'dazzle camouflage' effect, but anyway there was no green in reality on the wings of these three Peppered Moths.
More newcomers for the year keep arriving, including two different types of that family of old troupers, the Yellow Underwings. Below are, in order, a Broad-bordered Yellow Underwing and a Large Yellow Underwing. After them comes a Bright-line Brown-eye and then one of the Daggers, Grey or Dark, which are impossible to distinguish on a purely external examination. 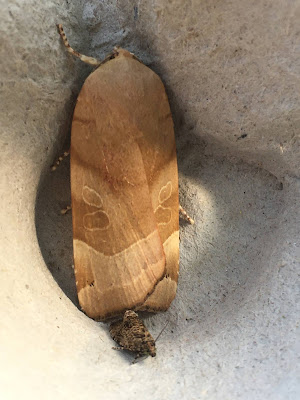 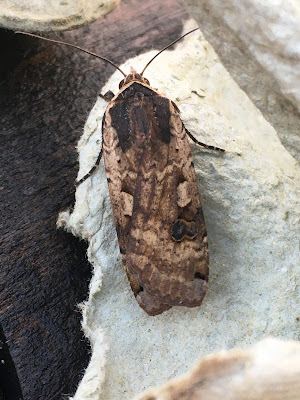 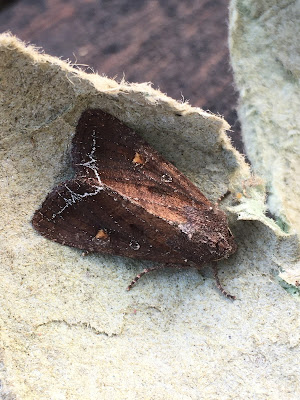 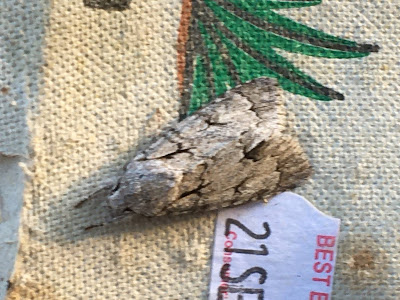 The last moth for today is a Lackey, quite a hairy beast and then by contrast, a delicate Small Tortoiseshell butterfly, one of a large number brought out by the sunshine. 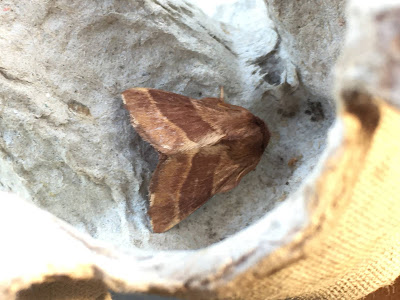 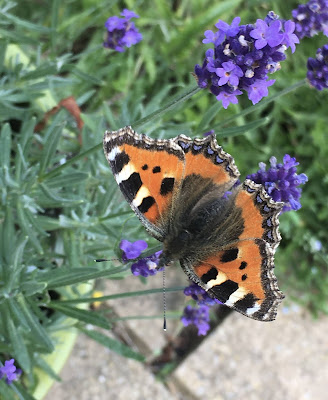 I've also discovered a large colony of Peacock butterfly caterpillars and rashly asked the grandchildren and my three great nieces if they would like any to breed and release. They all said 'Yes, please', so I am going to have quite a busy time collecting and potting them for transport to London next week. 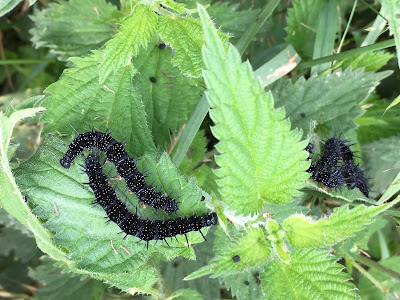 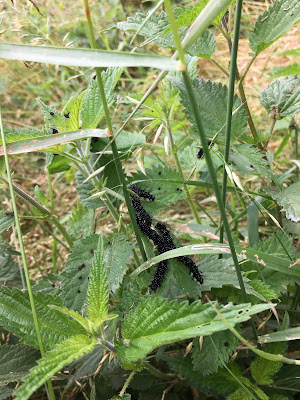 Posted by Martin Wainwright at 18:04