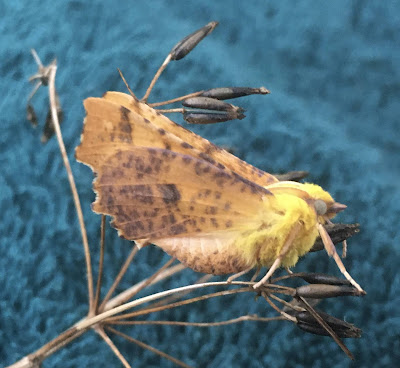 Is it  bird? Is it a 'plane? No, it's a Canary-shouldered Thorn, a lovely creature with its bright yellow thorax and olive-grey eyes. It's one of a number of Thorn moths which have made landfall a little earlier than usual; they are normally a harbinger of Autumn. But who's complaining? They brighten up the trap. 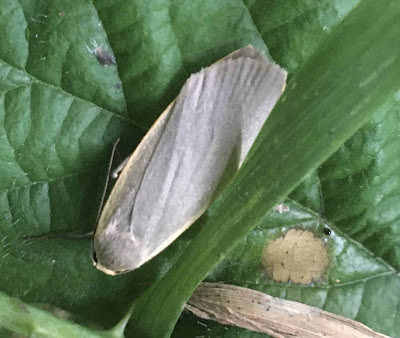 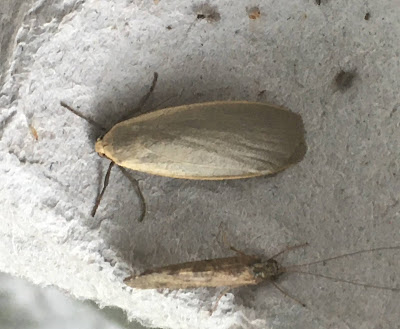 The Footman moths are rather a rum family, named it's thought because their rather stiff, folded appearance is like a footman standing to attention in the background while a stately home's family have lunch or dinner. They include some exceptions such as the Muslin Footman mentioned in previous posts this Summer, which looks entirely different; but most conform to the type. 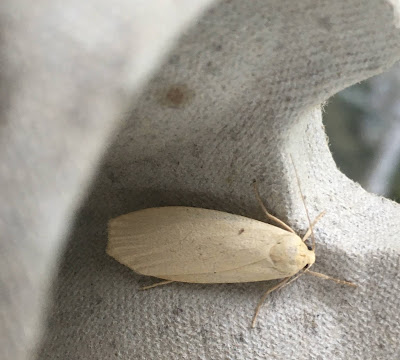 Those shown here are Dingy Footmen, the two at the top the standard grey and yellow type and the third one an example of form stramineola which is only found in the UK. The Common and Scare Footmen are regulars here too and I am looking out for others after reading the exciting headline 'Influx of Hoary Footmen' on the Upper Thames Moths blog. What would non-mothers think? 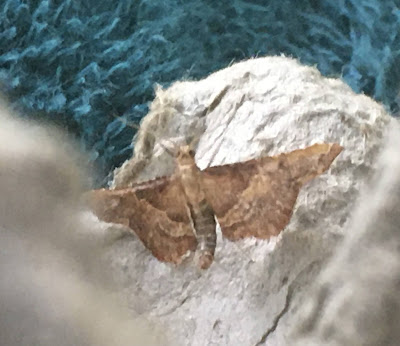 Some micros from last night now, starting with the unmistakable Endotricha flammealis above. No other micro that I know of has a resting position like that. The nearest match I can find in the Micro Bible to the moth in the next two pictures is Cydia servillana; I will check on Upper Thames Moths to see if I am right. Update: No but nearly. Dave Wilton, UTM's blogmeister, kindly nails this as Cydia splendana which I have had here before. 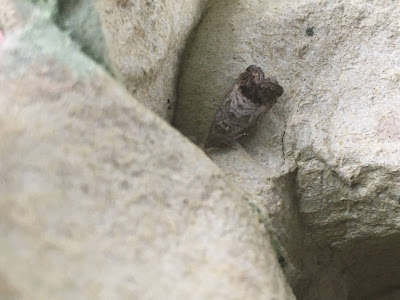 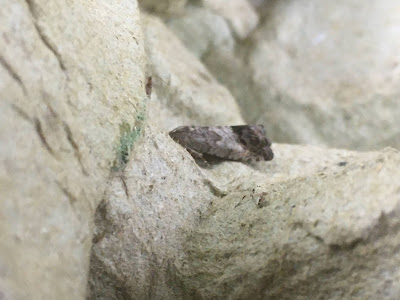 I realise that I am lamentable at providing a scale for many of my moths but I have managed to get the next two both close-up and in 'eggbox contest' - first the Chequeuerd Fruit-tree Tortrix, Pandemis crylana, and then Acleris forsskaleana, both beautifully-patterned jewel-like moths. 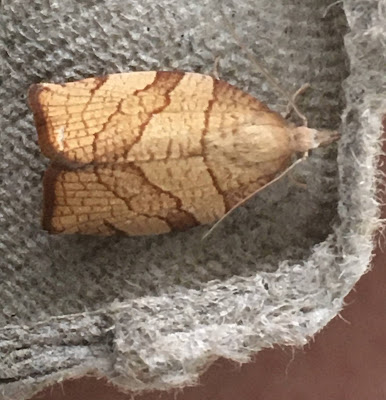 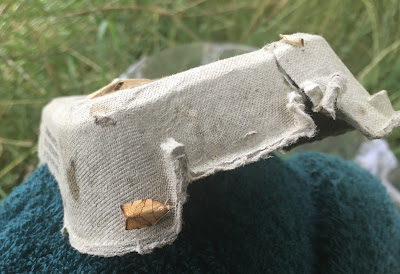 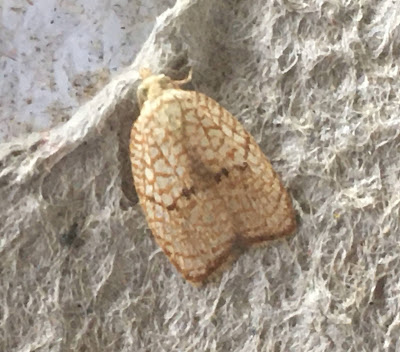 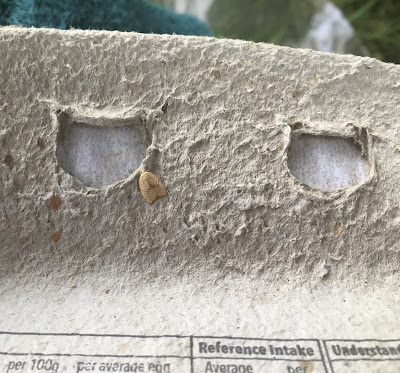 Finally, here is a very worn Gold Triangle, Hypsopygia costalis, a moth which is strikingly purple and gold in its prime. 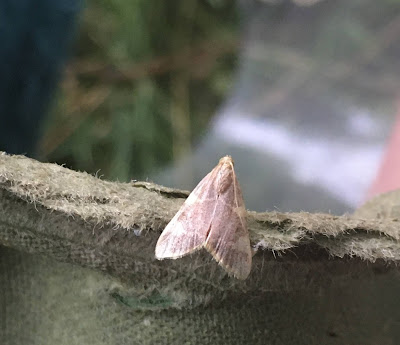 Oh and very lastly, this Red Twin-spot Carpet is in very good condition, so I thought that I would bung it in as well. 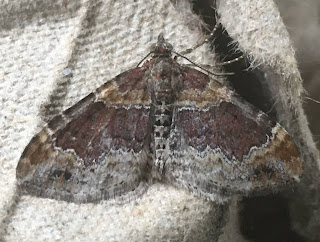 Posted by Martin Wainwright at 15:28