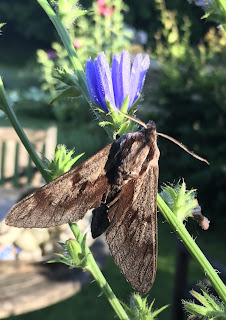 The moths have done their birthday best for Penny again, with this lovely Pine Hawk agreeing to pose on our towering chicory plant, my favourite 'weed'.  The early sun presaged a beautiful day with the warmth persisting late into the evening as we sat by the dying embers of a barbecue with the flame from the candle on the table giving scarcely a flicker.

I photographed the hawk from both sides and the shot of its underwing shows from the slender black-and-white fringe to its wings what a fresh hatch it must be. The third photo shows it as it appeared when I opened the trap, sharing its eggbox with an Elephant and a Poplar Hawk

Contrast it with the veteran in my fourth photo which arrived in the trap this morning, along with another very fine gathering of moths to mark P's birthday + 1. Here's a moth which has been around a bit. 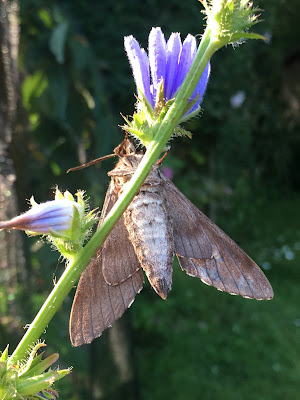 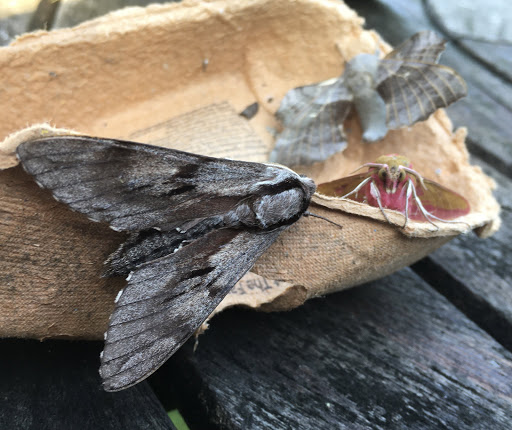 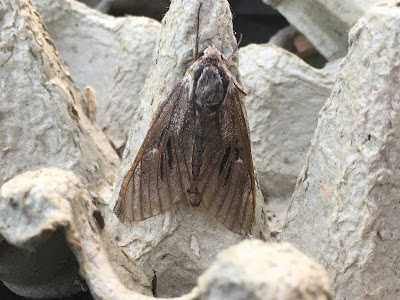 Its wings remain happily unribboned compared with some of the tattered veterans which still manage to fly but their covering of scales has worn very thin. You can still see the powerful lines of the moth whose sharply raked wings resemble a fighter jet or one of the more stylish of the paper darts which we made at school.
At the other end of the size range, I found the three attractive micro moths shown below: a well-named mini-royal among moths, Pyrausta purpuralis,  a Tortrix which I will ID later and a European corn-borer, rather an off-putting name for an interesting moth which is only locally common, fortunately as it can be a pest on crop stems. 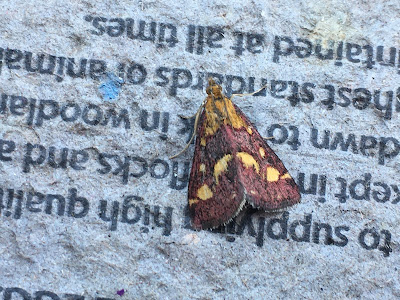 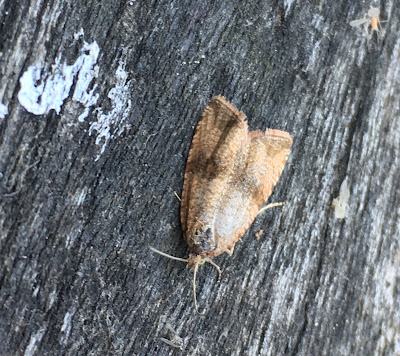 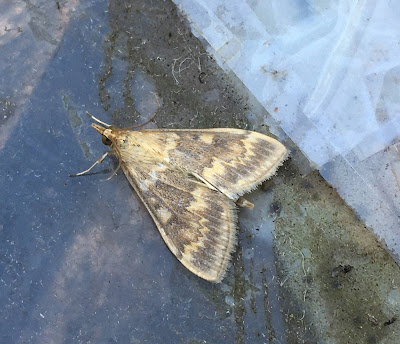 In the grass by the trap was this season's first Yellowtail, obligingly showing the reason for its name which it often conceals when at rest. Any sort of threat is quick to bring the tail out but you usually have to be nifty with the camera (which I am seldom) to catch it before the moth tucks it back in. 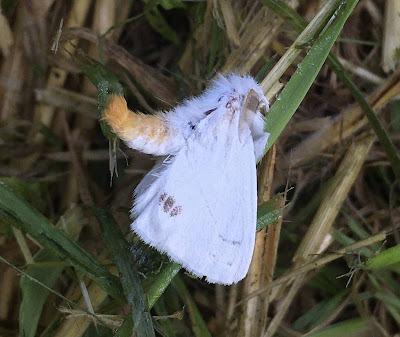 Finally, some pretty Laura Ashley moths -  the curiously-named Single-dotted Wave, a tiny creature for a macro-moth, and that very long-standing favourite of mine, the Swallowtailed; a perfect example and one which has been around a bit. They arrived together. 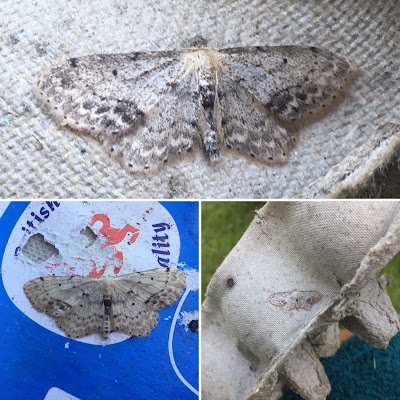 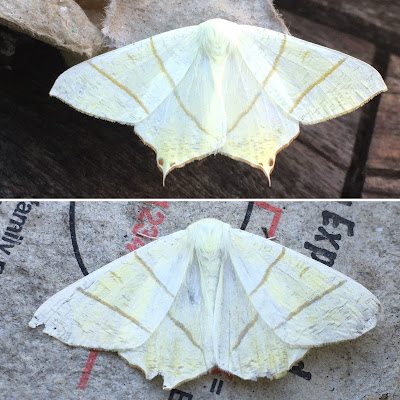 Posted by Martin Wainwright at 10:26