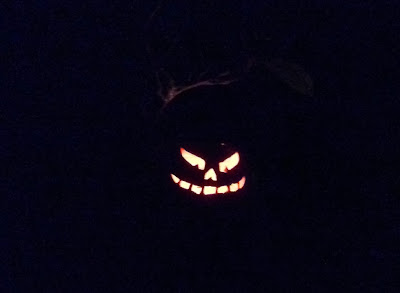 The moth trap had some unorthodox competition last night from our Jack O'Lantern, above and below, which succeeded in attracting, not moths but trick-or-treaters, a very nice and alarmingly-disguised family from Lewes on a week's narrowboat holiday on the Oxford Canal. 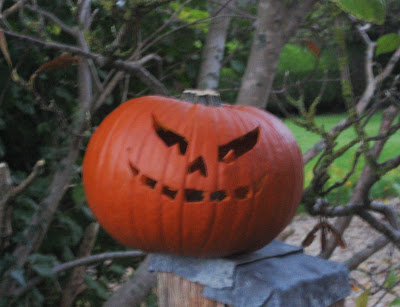 I like trick-or-treating, Mischief Night, Guy Fawkes and all such customs because of the mixture of fun and genuine history and tradition involved - theology even; the temporary fling of 'evil' before the dawn of All Saints is a very venerable belief indeed.

I know some people don't like the doorbell ringing unexpectedly after dark and I sympathise; but the answer is easy: anyone up for it like us should carve and display a pumpkin. That's what brought the family to our door. They were politely choosing only houses where Hallowe'en had some recognition. 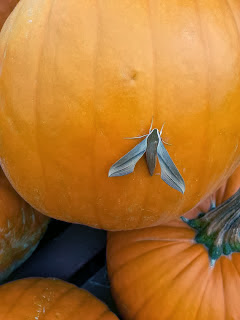 My own tradition on the night is to type 'moth' and 'pumpkin' into Google and see what transpires. Last year it was a YouTube clip of a kitten called Pumpkin batting away ineffectually at a passing moth. This year, I'm delighted to steer you to the blog of Gallivanting Rockhound, a cheerful geologist and skilled photographer in the US who also helps at a pumpkin farm whose proceeds go to needy families.

The Rockhound took this picture of a hawk moth (or sphinx moth as the Americans call them, more accurately, from the Linnean family name Sphingidae) on a large pumpkin. They needed an ID and I was (unusually...) able to supply it: the Tersa Sphinx,  Xylophanes tersa.  Many thanks to Rockhound for permission to use the pic. 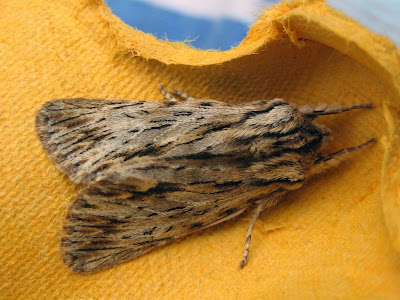 As for the trap, it survived another mild but drizzly night thanks to Mr and Mrs Robinson's illustrious rainshield and was well stocked with interesting arrivals. They included this very smart Sprawler above, one of three, and a nice T-shaped Plume micro-moth whose precise ID I hope to add later. 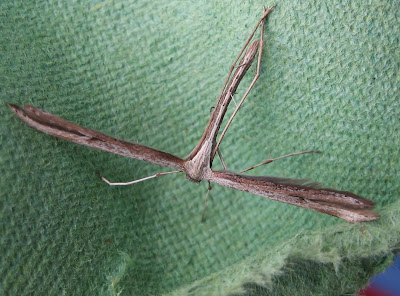 Then there was a lively Feathered Thorn in appropriately orange, pumpkiny glory, and some familiar - more December Moths in their fur coats, a Black Rustic with its glinting gold kidney marks, an Angle Shades and plenty of November Moths. 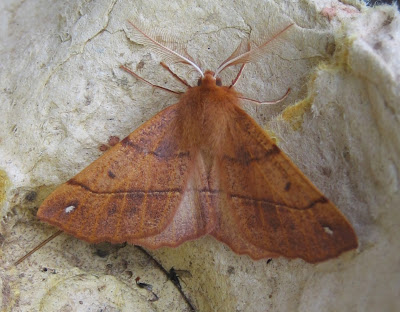 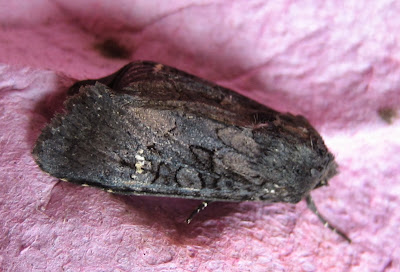 Finally, immigrants are in the news with the revelation that the Government's curious 'Go Home' vans with their warning notices to illegal stayers apparently persuaded only 11 people to leave the UK during their summer stint. In exchange, the trap last night welcomed three specimens of our sturdiest immigrant moth, the Dark Sword-grass. Among its many interesting features is an inability over whether to fold its wings this way (left over right): 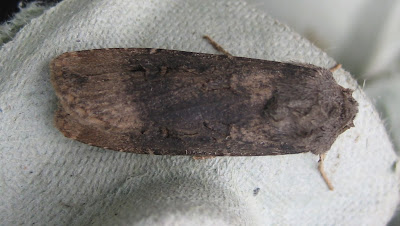 Or that (right over left): 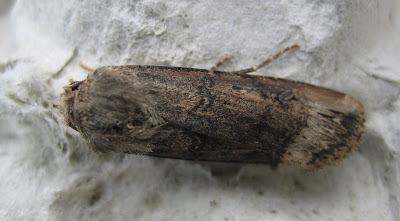 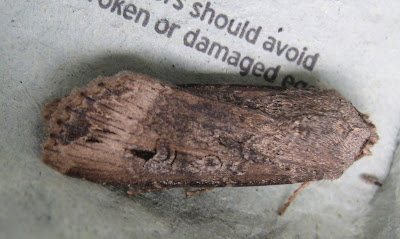 Posted by Martin Wainwright at 08:46