Huddling from the cold 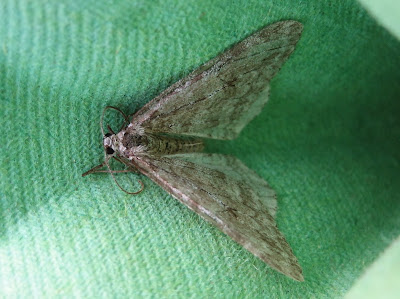 My tentative forecast of moth-rich warmth last night has proved predictably optimistic. We are going through a cycle of mild-and-wet taking turns with clear-but-cold and last night proved the latter. Not that I'm complaining, in the context of today's footage from the Philippines and a fascinating article in the latest National Geographic about Tornado Alley in the States. 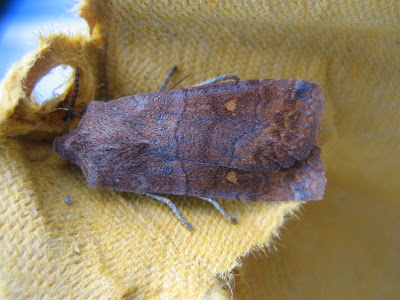 The moths were few and deeply huddled into eggbox cones, as with the frail-looking November Moth in the first picture. The second was also snuggled right at the tip of a cone, but I broke its cosy nest gently open because it is the second main form of the Satellite Moth, following the arrival on Monday this week of the first type. 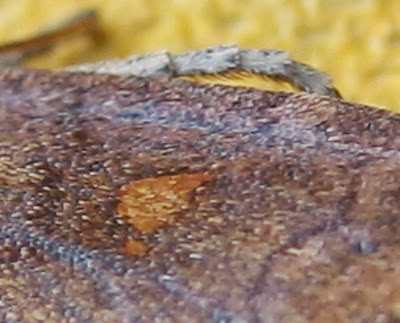 The little alien spaceship on this version is an orangey-brown, as you can see in the close-up. I've also put a small version of Tuesday's white form on the right, for contrast.

Elsewhere in the trap there was only this Yellow-line Quaker - or is it another fading Brick Moth? - on the dewy rim and a slightly less boring micro than Wednesday's pair inside the bulb collar - apologies for the blurring but I couldn't get the camera closer. 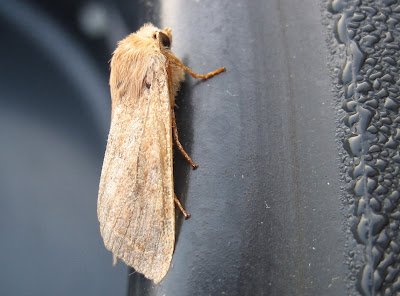 It was like a large hotel where no one much is staying. Another indicator that the season is drawing to a close. 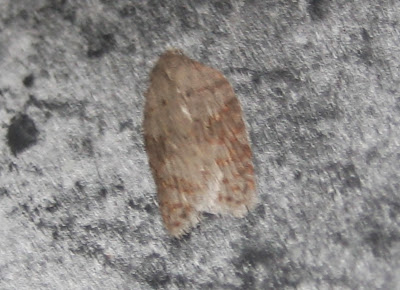 I really like the Satellite- hope we get one of those here. I shall put the box out tonight and see (first time all week more or less). In the mean time, the Herald has settled on the wall nearest my side of the bed and looks fit to stay and sleep off the winter with us, which is Rather Nice. CT :-)

Good luck! It reminds me of looking out for Telstar, the first celebrity satellite, many years ago

all v best as ever