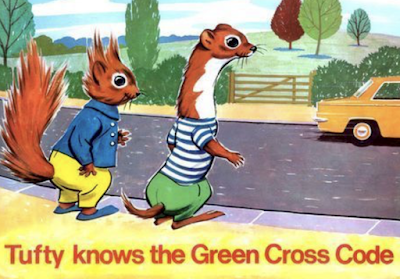 Do you remember Tufty the red squirrel which fronted the various campaigns of the Royal Society for the Prevention of Accidents? Here is his moth equivalent, a scrap of a micro called Acleris cristana which looks pretty ordinary until you see it sideways on. 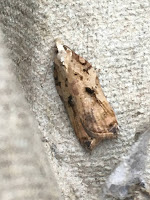 From above it has the cappucino colouring familiar from many moths, micro and macro, with a nice pair of wingtip mini-eyes at the bottom and a couple of prominent blotches in the middle of its wings. But as the photograph below reveals, these are not mere blotches but prominent tufts of raised scales, a remarkable feature of this species.  Although not in common use, the moth's English name of Tufty Button is very appropriate and should be encouraged. 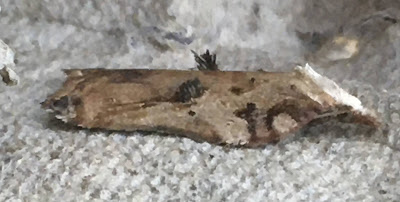 Its origin and purpose (if any) does not appear to be known to entomologists; it would be excellent if someone took the subject in hand, including the effects (also if any) on the tiny creature's aerodynamics. Do the tufts hinge down like aircraft wing flaps or do they remain sticking up in flight? There's a PhD subject for someone!
Another feature of this moth is the curious appearance of some of the 137 different forms which have been discovered so far; They look as if a tiny lizard is wriggling down their back. Mine was not one of those but I was visited by one in December 2015. Here it is, along with some similar examples from Richard Lewington's paintings in the Micro-moth Bible. 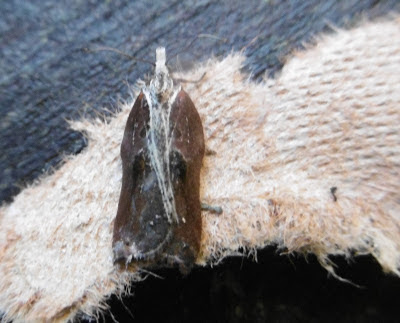 For the rest, the light trap is still attracting plenty of furry December moths and Sprawlers, including one of the latter on the nearby house wall, shown here: 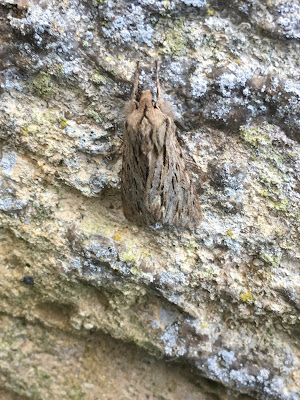 My final photos show that all-the-year-round immigrant (and possibly now resident), the Silver Y, a Red-line Quaker and a Red-green Carpet on the transparent cowl, from above and below. 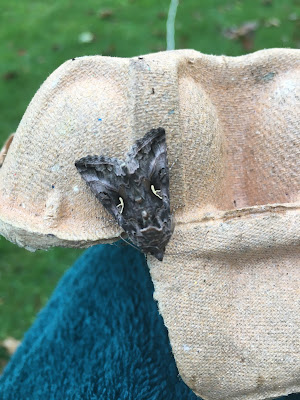 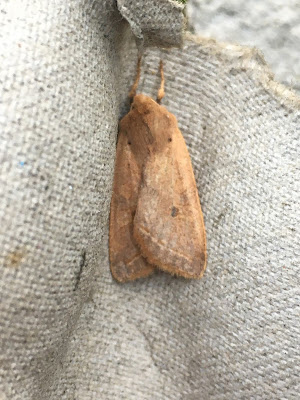 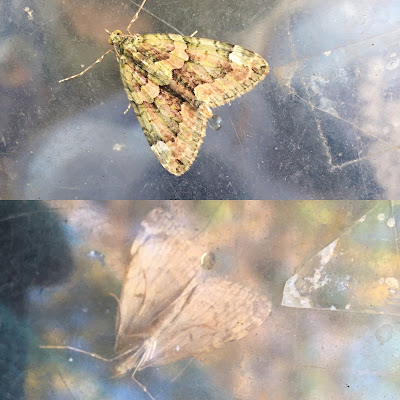 Posted by Martin Wainwright at 14:41