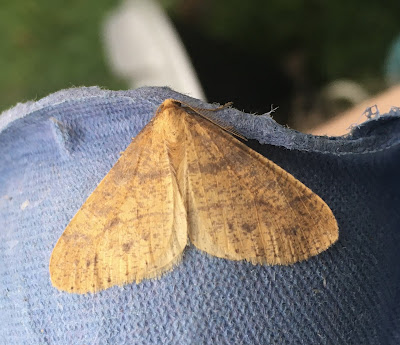 Another new visitor for the year, and I would guess the last apart from the Winter moth which I can expect over Christmas, although I haven't recorded any here since last November. That was largely because I switched the trap on seldom, however, and didn't use it all in December last year.
This arrival is the Scarce Umber which has long since ceased to be scarce. It's almost as common as muck between October and December especially in  southern counties.  That said, this is my first this year. 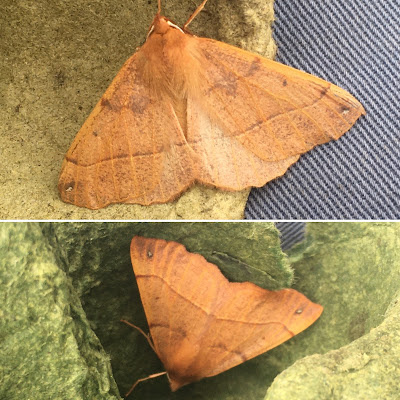 It had good company in the trap on a mild night, including the two Feathered Thorns above, a handsome December moth which its richly-chequered hindwing fringe and a November or Pale November on the outside of the trap. both below. 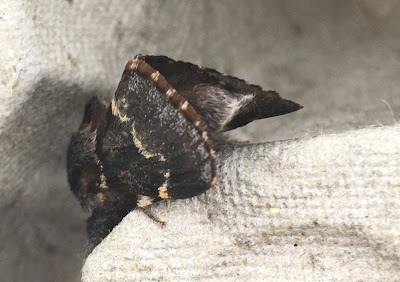 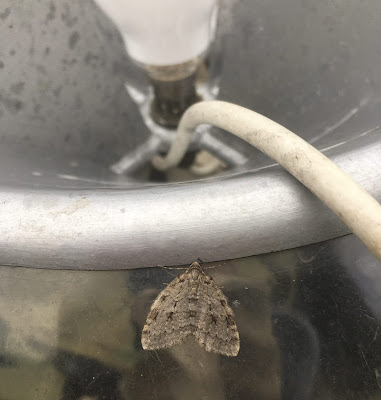 Plus a Turnip, a hardy regular at this time of the year, below, and the very common but appealing little micro Epyphias postvittana or Light Brown Apple Moth. 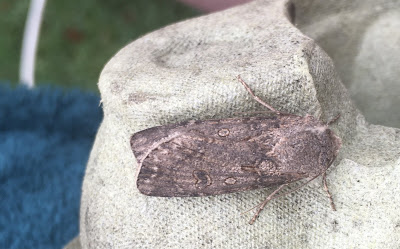 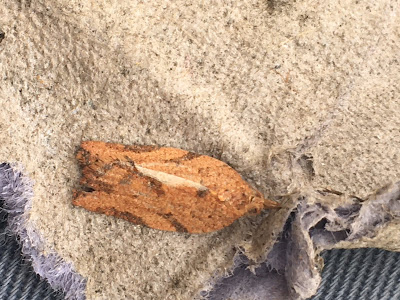 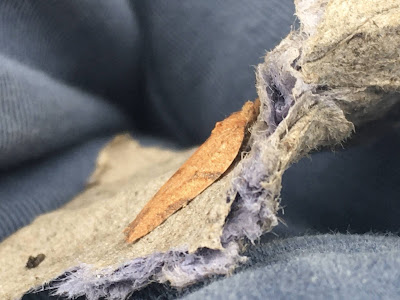 Posted by Martin Wainwright at 13:55