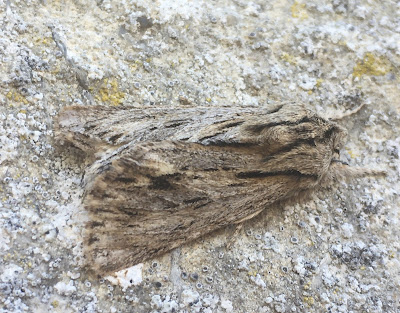 The coldest night since the end of last Winter brought me a moth for which I've been waiting - the Sprawler, clad in its equivalent of a fur coat which it certainly needed as the temperature fell below zero and the lawn was rimed white with frost this morning.

I have always fancied that this moth's name came from its resemblance to an expensively coated Victorian gent sprawling back in an armchair at his London club after coming in from the cold, to join the sort of characters shown in George du Maurier's Punch cartoon below. Du Mauriers are back in the headlines, incidentally, with a new version of Rebecca, the chilling masterpiece by George's daughter Daphne, showing on Netflix. 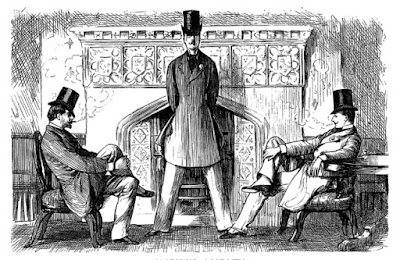 But no. The Sprawler is apparently named after its caterpillars defensive habit of rearing up its front segments when alarmed.  This is not what I personally think of as 'sprawling' but then I am often wrong.

It was the only mother which visited me last night. There was nothing at all in the trap apart from a small slug and the Sprawler was sleeping on the nearby house wall where, at 2.30pm, it still is. I've had a few other visitors in the last week, however, on a couple of nights not affected by all the rain we've had. Severeal lovely Feathered Thorns for example, shown below with extra close-ups of the antennae which give them their name: 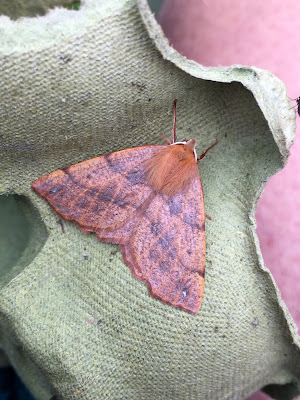 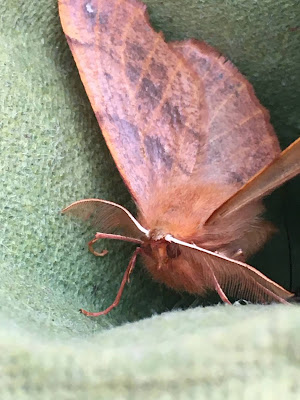 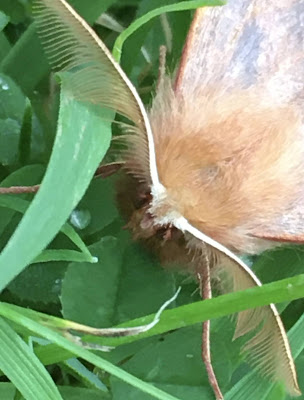 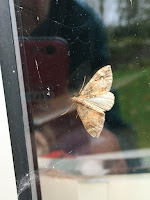 Then one morning produced a couple of rather faded Common Marbled Carpets of the 'coppery splodge' variety, one of them enjoying my brand new green dressing gown. The other was on the pane of the nearest window to the trap where, like the Sprawler, it spent much of the day. 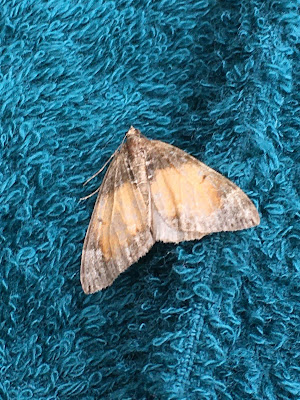 I've also had a late Brown-spot Pinion - I think - a Turnip and a solitary November or Pale November moth. And this curious zebra crossing of a bee or fly (unless it's a black and yellow one whose colour has faded). 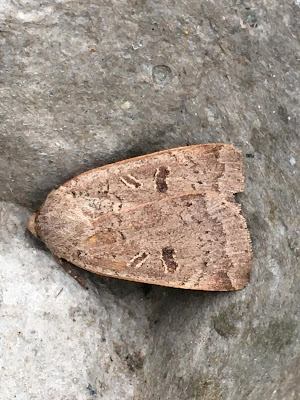 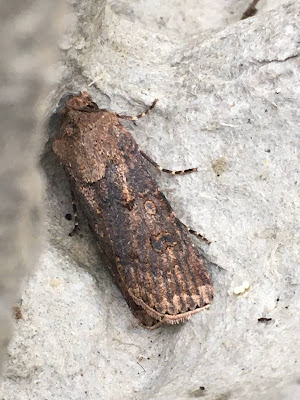 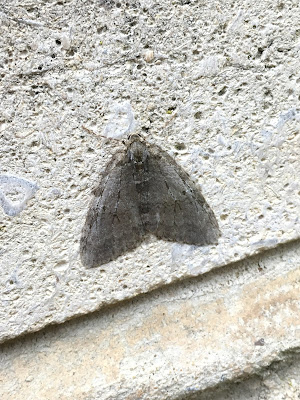 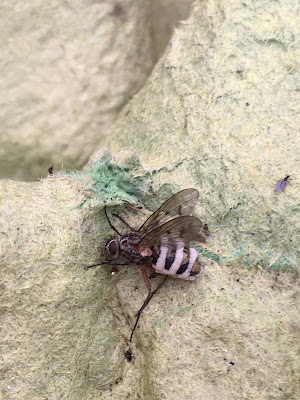 Posted by Martin Wainwright at 14:31

Hi Martin, your fly is infected with a fungus parasite...

Thanks very much Stewart. Poor thing! I was gradually coming to that conclusion from my rather vague Googling. Much appreciated All warm wishes