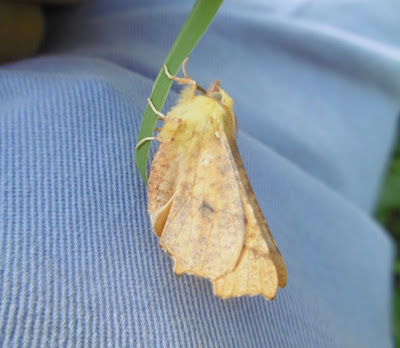 The Chicken Moths have arrived. Perhaps that is a bit rude of me, but I am constantly being reminded of poultry by the eggboxes in my trap and maybe you can see the resemblance in the moth below. It's not just the colour but that look of unjustified assurance which I associate with Henny Penny and other farmyard characters from my distant youth. 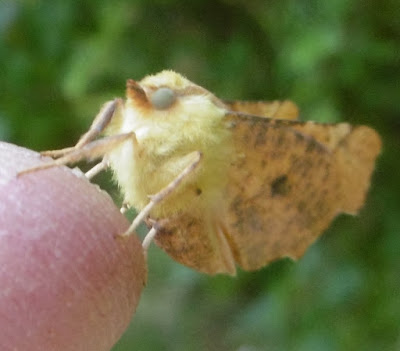 In fact the moth in my two first photos is a Canary-shouldered Thorn, perhaps the prettiest of a small tribe whose members also include the September Thorn below. I am fairly certain that I have got its identity right but highly enjoyable confusion reigns among the Thorns. The first to appear, often in July, is usually the September Thorn. Then along comes the August Thorn and the second generation of the Early Thorn. There is also a Purple Thorn, a Lunar Thorn, a Large Thorn and a Dusky Thorn. Their larvae tend to eat blackthorn, hawthorn and other thorns. Hence, I think, the name. 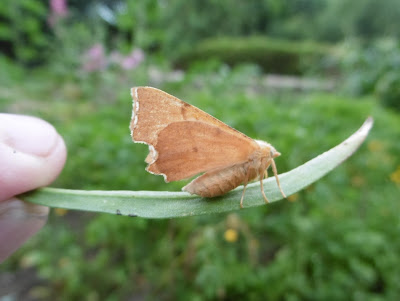 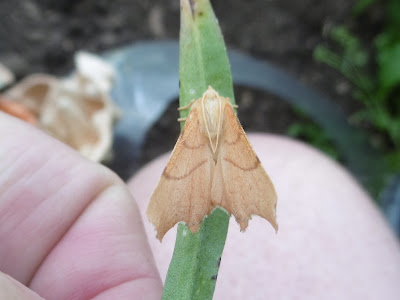 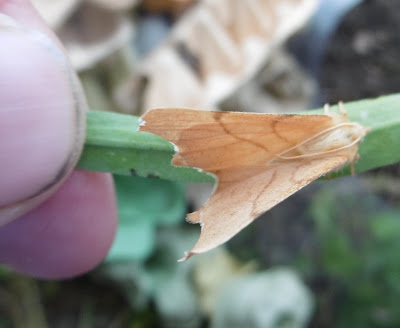 I was wondering if the next moth might be a Mottled Pug because of the delicate line of zig-zags at the base of its left hindwing; but they fly earlier in the year. An unsolved case, then. Update: Not any more. Peter Hall, one of the Inspector Morses on the Upper Thames Moths blog, IDs it as a Brown Scallop. I've had one here before but I'm hoping you will understand why I'd forgotten that. It isn't over-memorable. But the visitor after that is definitely a Lesser Broad-bordered Yellow Underwing, one of the nicest of that big and prolific tribe. I've always been fond of the greeny band round its head, shown in my second photograph. 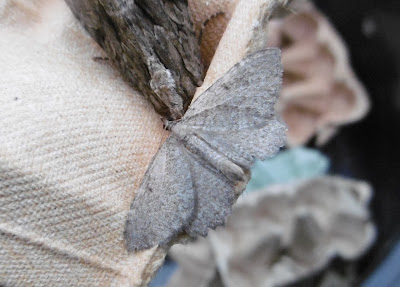 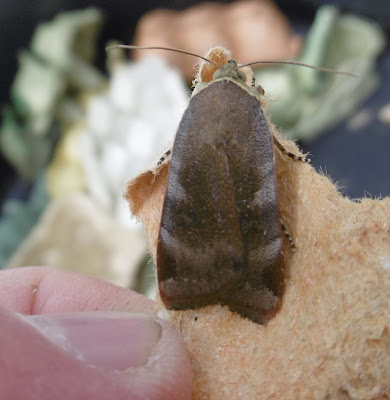 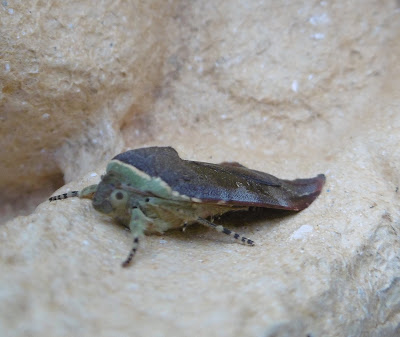 Next, some sort of junior Maybug? Any beetlish experts around? And after him (or her) a rather shot-up July Highflyer, a beautifully patterned moth in the miniature way characteristic of Carpets and their like. 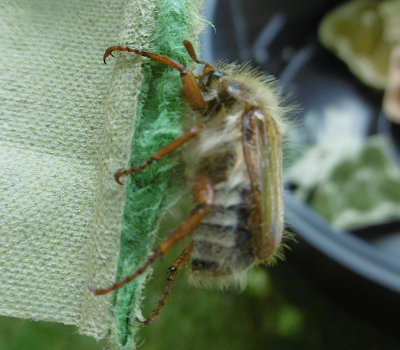 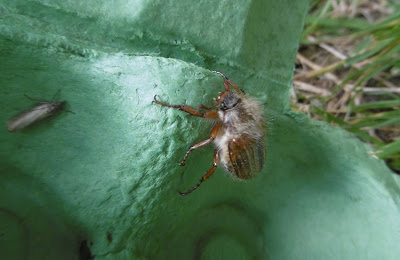 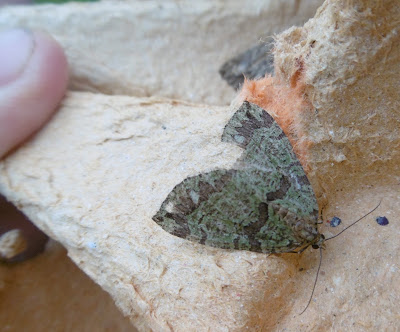 Talking of that fluttery group, here comes, I think, a rather faded Dark Marbled Carpet followed by one of the grey/brown Noctuid tribe whose separate IDs cause me endless woe. 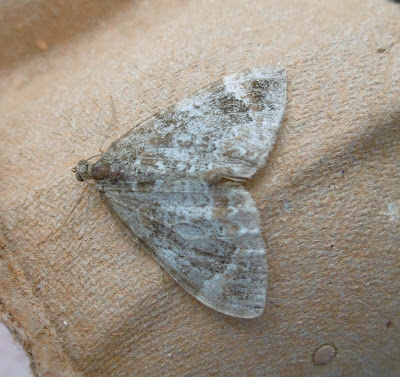 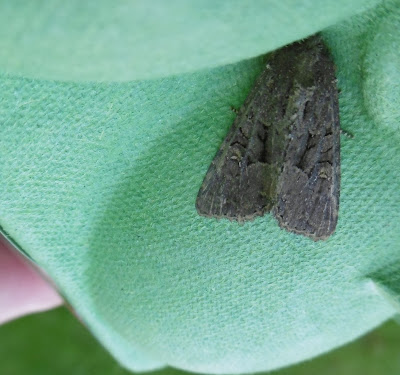 Next a neat little micro which I think is Cochylis atricapitana and my favourite 'loveheart' micro, which once appeared on Penny's birthday to general rejoicing, Acleris forsskaleana. 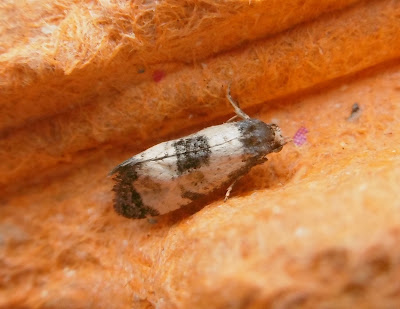 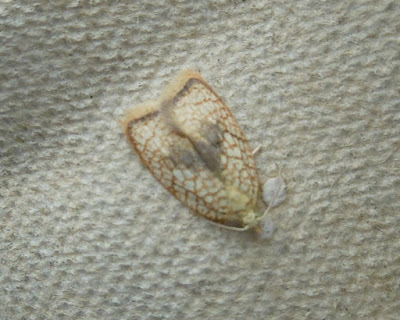 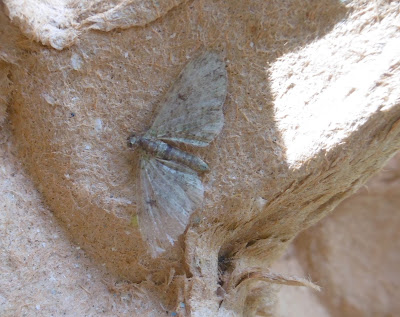 And the tailend Charlie? Another pug. But which, I cannot tell you. Sorry.

Posted by Martin Wainwright at 06:47