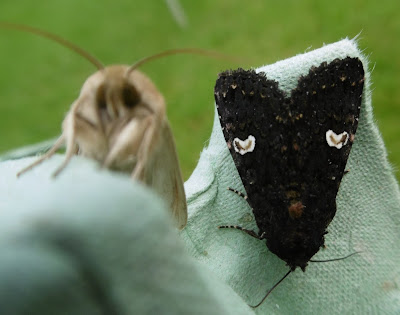 A bit of a miscellany today, drawn from my backlog and starting with a moth which even I have no trouble in identifying: the dark livery with its strikingly white kidney mark denotes a Common Rustic. Update: but oops, I have ridden for a fall yet again. I was reading back to last July, a practice which I am determined to keep up to help my faltering ID skills, and I realise that this a Dot Moth. A year ago, one came along with a Blackneck which contrastingly has a prominent black mark on a pale background. The Dot also has much more steeply raked wings than the Common Rustics. A cautionary tale, therefore.  But the story does not stop there. Just when amateurs such as myself are sinking back in our seats in satisfaction, a niggling caution tells us: yes, but is it a Common Rustic, a Lesser Common Rustic or even a Remm's Rustic? Infuriatingly, the difference can only be told by microscopic genital examination. So with this moth, it will remain a mystery.  Update: not any more, it won't. 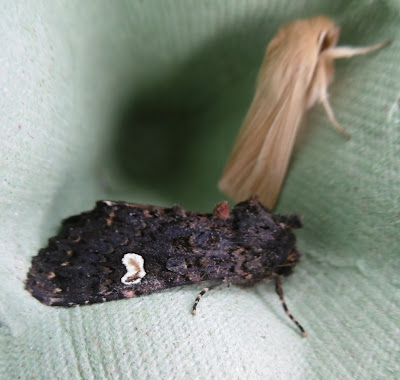 Here it is again, above, in a picture which reveals that its 'black' is actually rather a subtle mixture of dark colours and that its scholarly-looking companion is a Common Wainscot.

The pretty, soft-focussed Muslin Footman in my next picture makes yet another appearance this morning partly on account of its positioning near the eggbox chicken's feet (I find eggbox variation almost as interesting as moths); and partly to allow me to record that there are so many about. This is officially a moth which is only locally common - not widespread but with certain concentrations. My garden is clearly one of those. 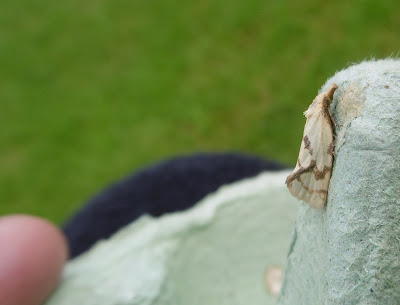 Jumping about a bit, here is a regular micro visitor, Agapeta hamana I think, whose dairy ice cream colours have an annoying ability to come in various patterns, the dots and dashes of different lengths. And below, one of the lighter versions of that old trouper the Dark Arches, one of my commonest visitors in July although others in the Upper Thames area report a decline in  numbers this year. That doesn't appear to be the case here. 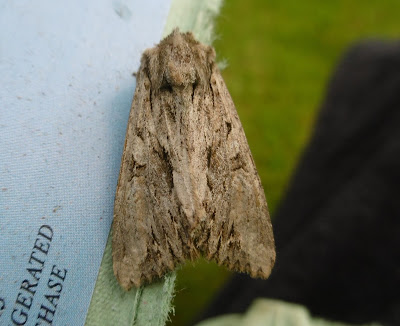 Next, a pretty little Small Magpie, one of the UK's largest 'micro'-moths and, following that, another Common or Lesser Common Rustic with completely different patterning and colour from our friend above. Bah! 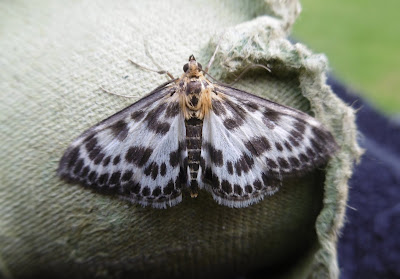 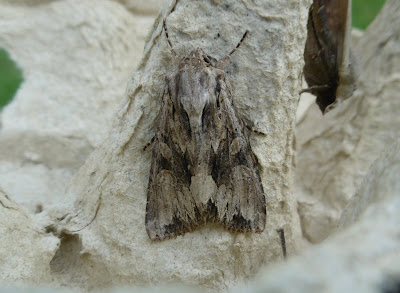 Then a very pretty Marbled Minor - another small group of very similar moths whose genitalia need checking to sort them out - and then a couple of differently coloured 'Pinocchio moths' - the long-nosed Snout. As with the Common/Lesser Common Rustic, such variations are the norm but it is the case that second generation of Snouts - hatching around now - are often smaller and darker. So maybe  that's what we have in the second picture. 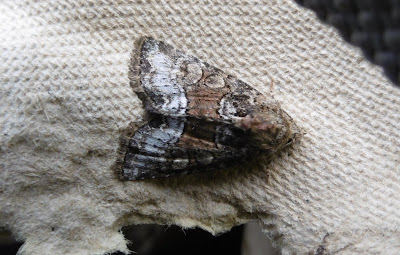 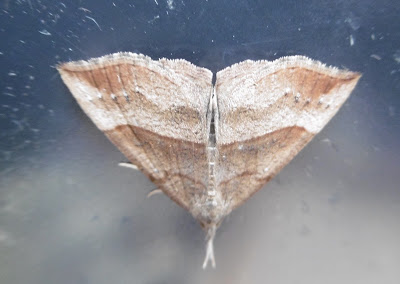 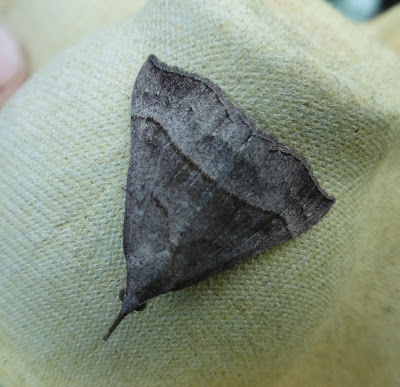 Now for one of those infuriating Pugs - I have no idea which, and then a regular micro caller here, the Large Fruit Tree Tortrix, Archips podana. 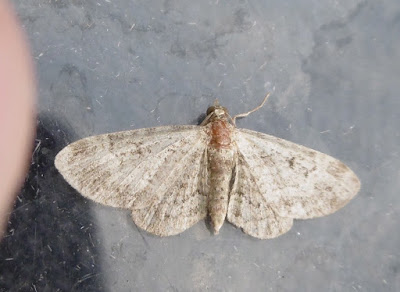 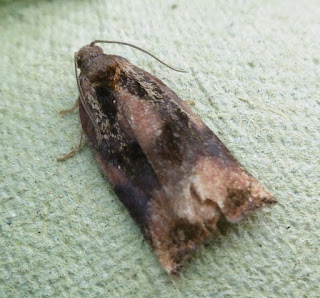 And lastly, a more interesting micro, Lozotaeniodes formosana, a sturdy and prettily-coloured species which made landfall in the UK only in 1949 but has taken to the English way of life and spread out across much of the country. 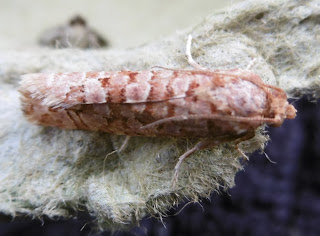 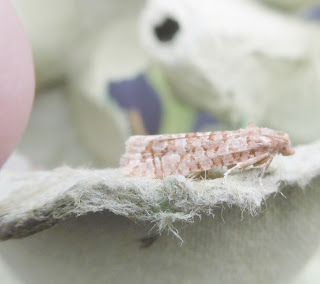 Posted by Martin Wainwright at 05:52