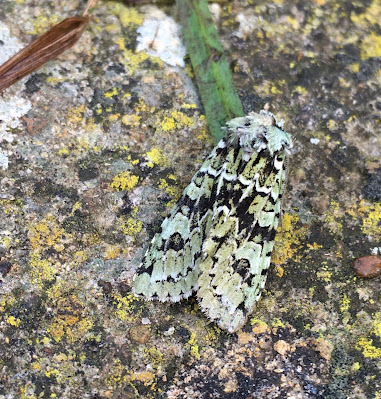 Although we are approaching the year's end for new arrivals, these mid-October weeks are offering some real stars. I always await the arrival of the Merveille du Jour with pleasure. Its beautiful colouring matches its lovely name. It should of course be called the Marvel of the Night but it is a delight to see it, merging as above with the lichen which it much resembles.
We had cousins staying for the weekend, one of them an old butterfly-hunting companion when we were boys, and I was specially hoping that the Merveille would make its debut. In the event, I almost missed it; it was my cousin who spotted it clinging to a grass stem about a foot from the trap, and about an inch from my boot. 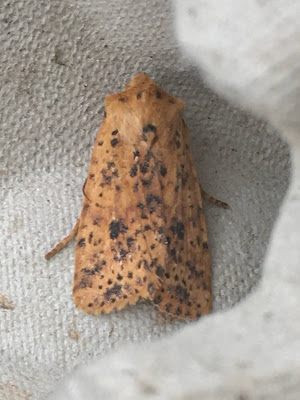 The Dotted Chestnut is a second top-of-the-range guest at the moment, a moth which is still rated very local and has Nationally Scarce (B) status. It seems to have made itself at home here, part of a steady expansion since the 1990s from further south and west.  It formed an attractive colour pair with the bright Pink-barred Sallow and the Canary-shouldered Thorn shown below. 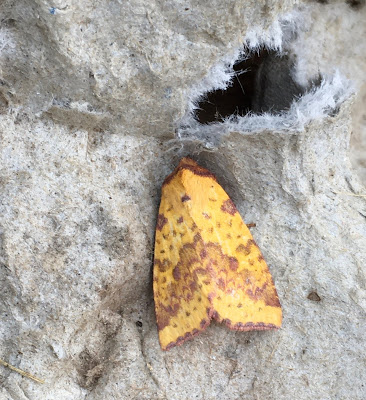 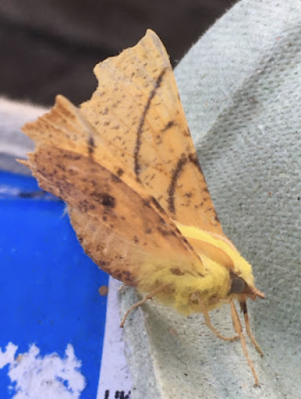 The other striking colourway among the eggboxes at the moment is green and here are some examples, headed by the brilliantly glinting Green-brindled Crescent. Following that, we have a slightly more subdued Brindled Green and the common but always delightful Red-green Carpet. 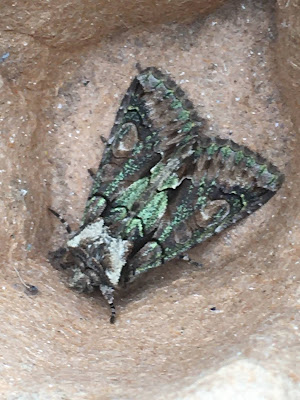 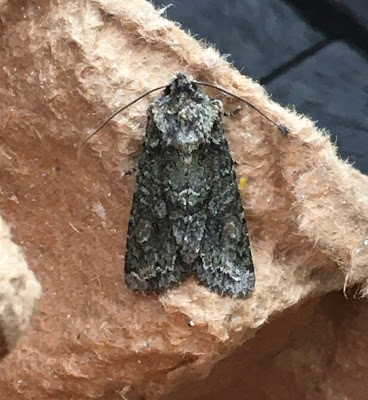 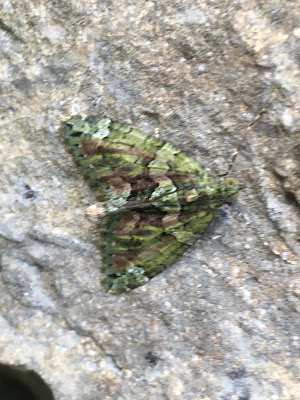 Posted by Martin Wainwright at 07:04