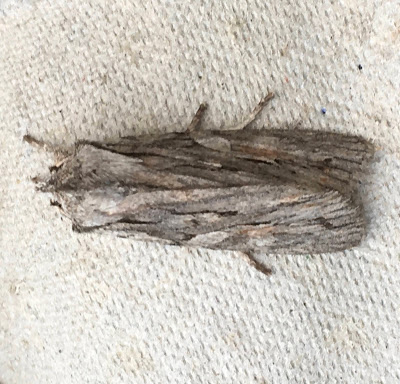 Two related Shoulder-knot moths called here the other night and coincidentally showed the limitations of a Google search. I wanted to find out and pass on to you the meaning of the name, shared by Blair's Shoulder-knot (above) and the Grey Shoulder-knot (below). If you Google the term, however, you will find page after page of advice about muscle knots and inflamed shoulders; very useful but not what I was after. 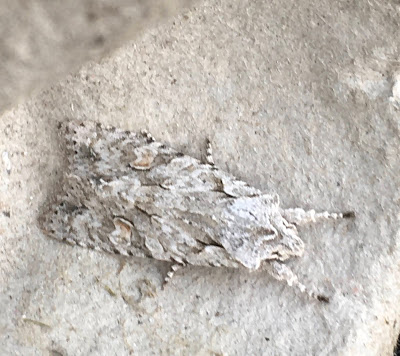 Luckily we have a copy of the Complete Oxford English Dictionary, a monster work in multiple, vast volumes which I retain because of occasional moments such as this. Bingo! The huge work may be deficient on muscle-knotting (although it probably isn't; I didn't look that up) but it has this definitive account of the original Shoulder-knot with the usual lovely examples of its use: 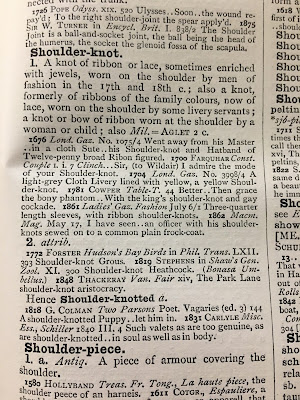 Blair's Shoulder-knot is one of no fewer than four species discovered since the Second World War by a distinguished entomologist from the Natural History Museum in London who had the good fortune to live on the Isle of Wight, a famous arrival point for immigrant moths which then decided to settle. It has spread with remarkable speed and had a moment of fame in 2007, the year when Gordon Brown became Prime Minister and Blair's Shoulder-knot was discovered for the first time in his Scottish constituency. Cue many quips about his colleague but rival, Tony Blair. 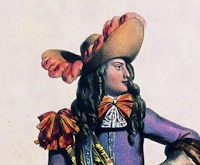 Whether you think the modest black shoulder markings on these two moths bear much resemblance to a fashionable 18th century shoulder knot, as shown left, is up to you. 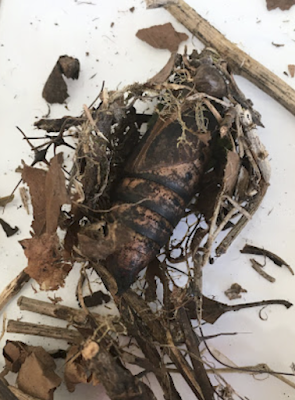 Good news from the Elephant Hawk moth nursery meanwhile, where I carefully unpicked the cocoon to reveal the chrysalis, above. Its subtly delightful colouring brought back so many memories from breeding these beautiful creatures when I was at school. Here is the original caterpillar, below, followed by an earlier picture of the cocoon, complete with a scrap of pea netting, and the chrysalis on its own. When very gently handled, this twitches in the same way that the caterpillar did shortly before it started to pupate. There is an extraordinary change going on beneath that armoured shell. 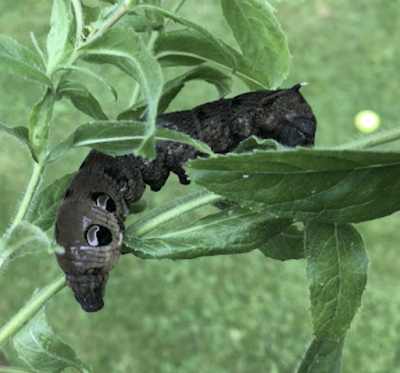 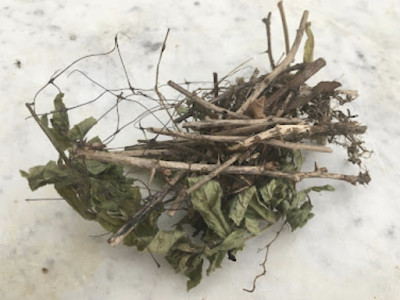 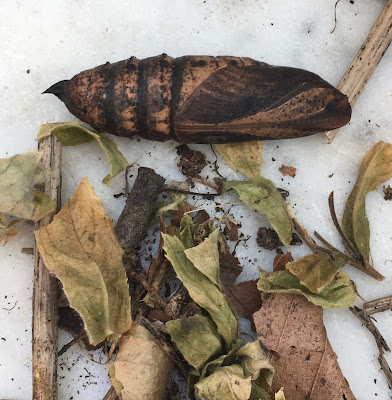 The following series of moths look different but are actually all the same: the Common Marbled Carpet. It is very common at the moment but remarkably varied. As you know, I have little patience with small, brown moths and I secrety wish that all CMCs were the ones with the lovely coppery wing splodges. 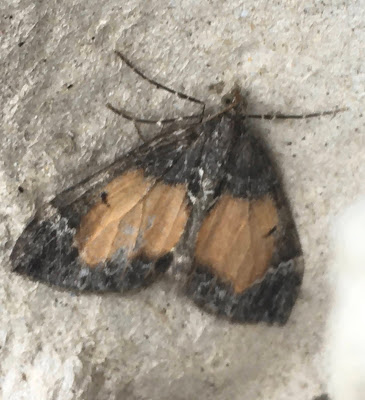 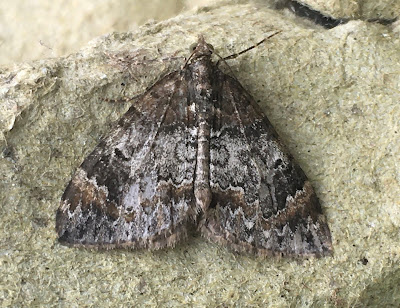 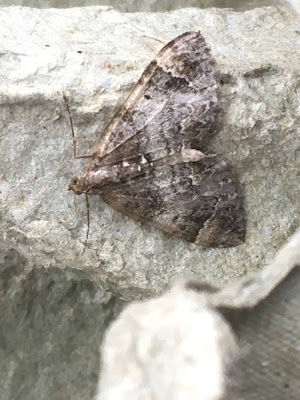 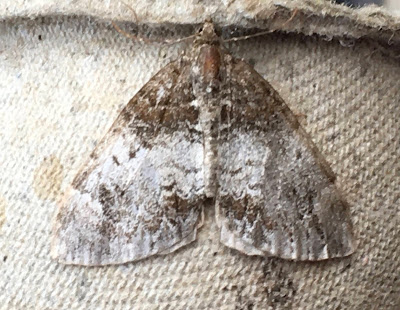 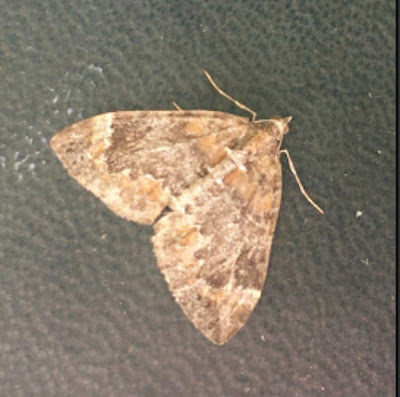 Finally, we have been privileged to have a close look at two interesting animals due to unfortunate circumstances, firstly an otter which I found by the side of our local main road. The beautiful creature had been hit by traffic but was undamaged on top and although its life was over, it had - has - an important and useful posthumous role. The excellent Otter Project at Cardiff University carries out extensive post mortems on otters found dead which provide important data on water purity, toxicity and the like.  The very nice and enthusiastic collector of dead otters for the Environment Agency was round the next morning to organise delivery. 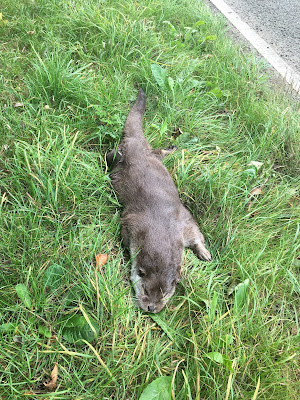 He turned out to run a herd of goats at his little cheesemaking business and we exchanged the otter for a delicious herb and garlic roulade which he happened to have in the car. This was consumed with a glass of wine to toast the otter by our local Otter Watch WhatsApp group at a small cheese-and-wine party by the canal and river Cherwell (where we reckon there are plenty of otters). Such is rural life. 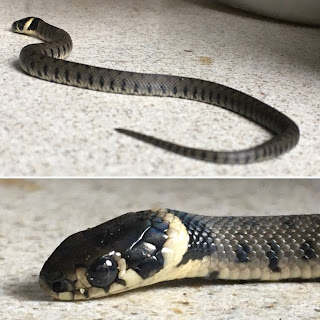 Our other discovery, drowned in our garden, was this beautiful baby grass snake which both our school age grandchildren took in to show-and-tell - interestingly, rigor mortis did not set in for at least five days.  These experiences reminded me of Charles Darwin's boyhood resolution to collect only insects which he found dead. The infrequency of such discoveries soon persuaded him to change his mind. 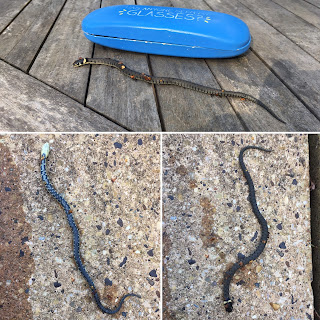 Posted by Martin Wainwright at 10:25