I have unintentionally carried out a scientific experiment after bringing the moth trap indoors six days ago to show a friend who joined us for a day's dinghy and canoe exploration up the river Cherwell. In the excitement of the voyage, I forgot that I had left the trap open in the kitchen all day. When we got home, about a dozen moths were skimming around.
I managed to catch and liberate most of them, but this morning a Common Wainscot was still exploring, apparently in good health. There isn't a lot for them to do in our kitchen but they had access to a bowl of fruit and some roses in a vase on the dinner table which gradually wilted while we were down in London trying to keep one jump ahead of the grandchildren. 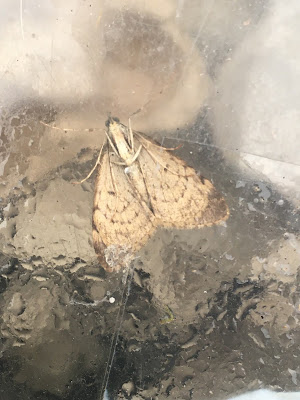 This apart, the trap has been predictable but still enjoyable as the nights get colder and the moth season comes towards its least-populated point. Here for example is a very fresh-looking Red-green Carpet from below (above) and above (below), followed by my first November Moths, one of three species which are frustratingly alike. The Pale November and the Autumnal are the other two but I cannot safely tell them apart, so since the November is the most widespread, I am opting for that. 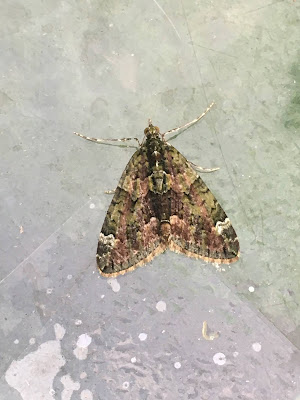 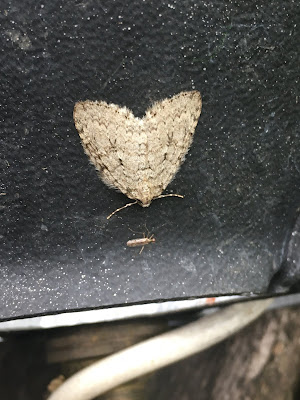 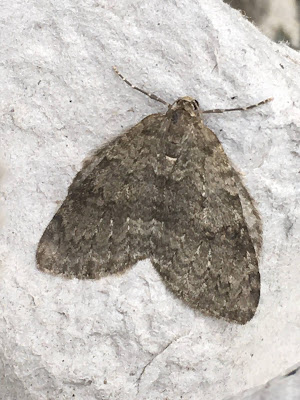 Finally, so far as moths are concerned, here is a handsome male Feathered Thorn - male because he has the impressive antennae. And lastly, a pair of sleepy wasps, a hazard at this time of year except that I don't seem to be bothered by wasp stings. I actually find nettle ones quite stimulating, but we all have our peculiar side. 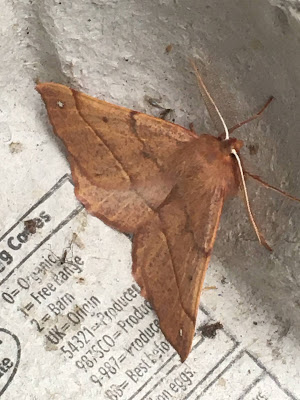 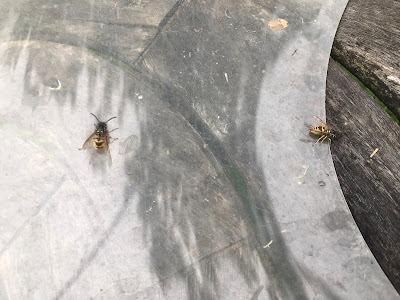 Posted by Martin Wainwright at 18:47