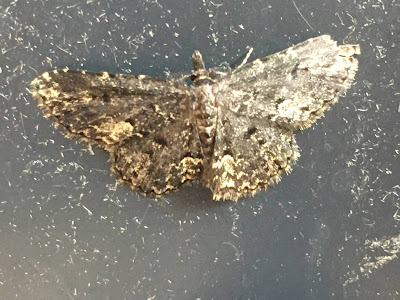 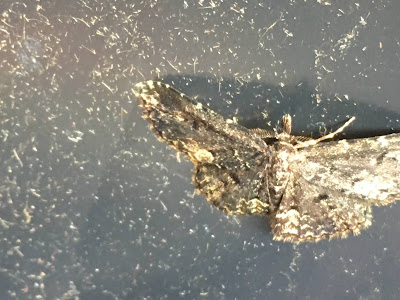 It's only a week since I was announcing eight new species for the year so far and expressing the hope that I might get to ten. Now I have - though I also have to apologise that the photos of my tenth newcomer, above, are so bad. It's a Waved Black, one of the very few UK moths to have this colour. The actual moth is indeed largely black but I am afraid that the background of the black plastic trap bowl and the iPhone's digital quest for lightness plays pop with the image.
So did my grandchildren who were taking a keen interest in the eggboxes and were naturally more interested in having colourful moths to put on their fingertips. I almost missed the Waved Black altogether and I'm glad I didn't. It is ranked Nationally Scare B, the third rarest group after NS-A and the small Red Data Book list.
In spite of this exalted status, it is another success story which has come my way even if its expansion has not been rapid as the Clifden Nonpareil's or the Narrow-bordered Hummingbird Hawk moth's. In the 19th century, it was thought to be a London-only species, as black as the capital then was, but better record-keeping and probably an actual expansion in range saw finds increase during the last century as far as Hampshire and south Oxfordshire. Since 1990, it has been found in Worcestershire and Nottinghamshire and there have been a few sightings much further North including one in Cumbria in 2011, although that may have been an immigrant. And now Thrupp is added to the list.
As for the grandchildren and finger-moths, here are some examples below: the everlastingly popular Poplar Hawk, whose flight season goes on and on, an Iron Prominent and a nicely-marked Orange Swift, the last new for this year. This has the distinction of being the very first moth in the Moth Bible. 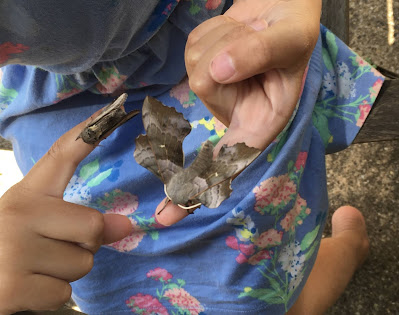 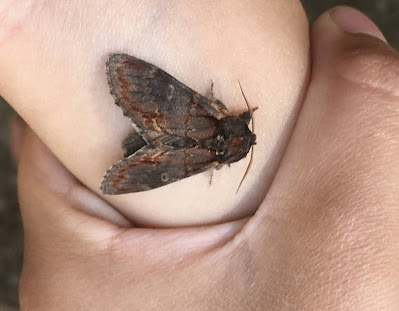 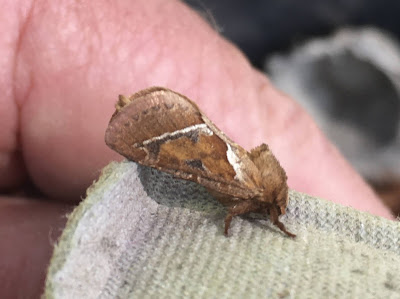 Among other visitors were a Dark Swordgrass, a lot of Swallow Prominents, the micro Celypha striana and another variantion of the Common or Lesser Common Rustic. 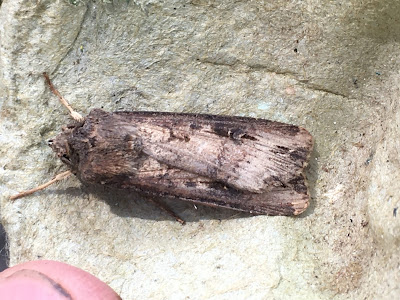 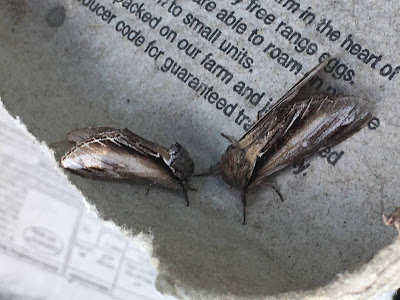 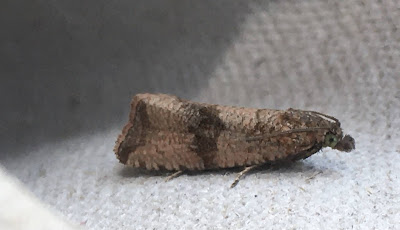 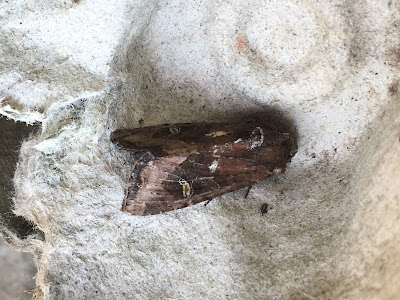 And to round things off, I had an unusual visitor: this rather beautifully mottled Leopard Slug. It has already been confirmed on iRecord, whose kindly experts must have very varying workloads. 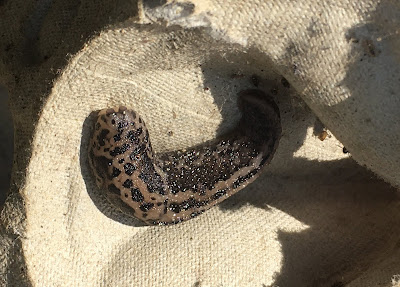 Posted by Martin Wainwright at 07:30

Martin, Don't you think your last moth is a Crescent?