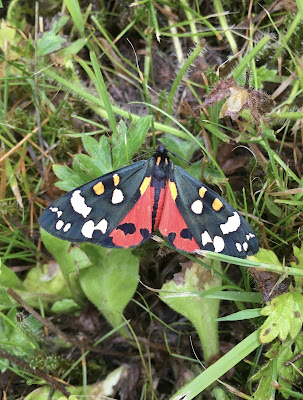 A tremendous and reliable pleasure at this time of the year is the Scarlet Tiger, a day-flying moth whose colours match the most dazzling of butterflies. The red underwings are terrific, of course, but the forewing has a greeny-blue, slightly oily-looking sheen which makes for a memorable combination. 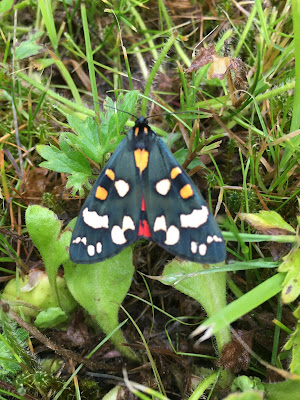 I found the one above in our local churchyard when I saw something brighter than a leaf float erratically down from a big tree. Having landed, it showed no inclination to love, even when I came so close that my iPhone touched it. I think it either got damp or just been discombobulated by our current lingering rain. Here it is again below, in the context of the wider world. 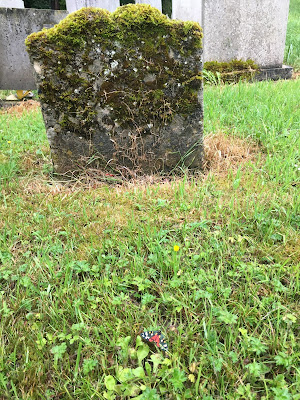 A neighbour found a very interesting one last week, a female whose wings had only partially unfurled so that she was unable to fly but crept up to a perch first on a chair and later on the spout of a watering can. He showed me a couple of pictures and I was startled to see that in the second, below, a male Tiger had come a-courting. That urge is absolutely overwhelming among moths as we've seen in previous posts, notably about my Emperor-hatching spree some years ago when instantly males locked on to the pheromones broadcast by even very newly-hatched females. 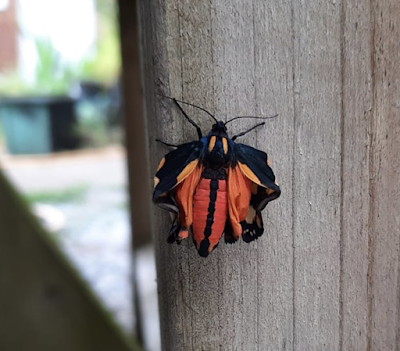 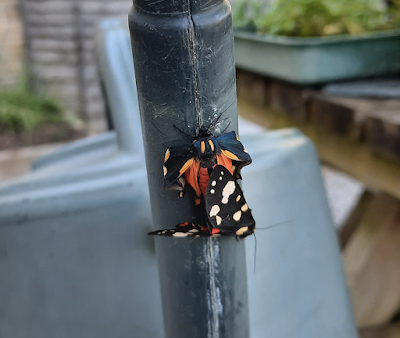 Posted by Martin Wainwright at 13:29

Fantastic shots. I don't have those here yet but they seem to be expanding. Usually see quite a few Jersey Tigers instead.

There both such excellent species aren't they - they do an awful lot to salvage the reputation of moths so far as brightness and colour are concerned! All warmest, M